Really awkward for Democrats, considering who the leading Democrat presidential contender is. 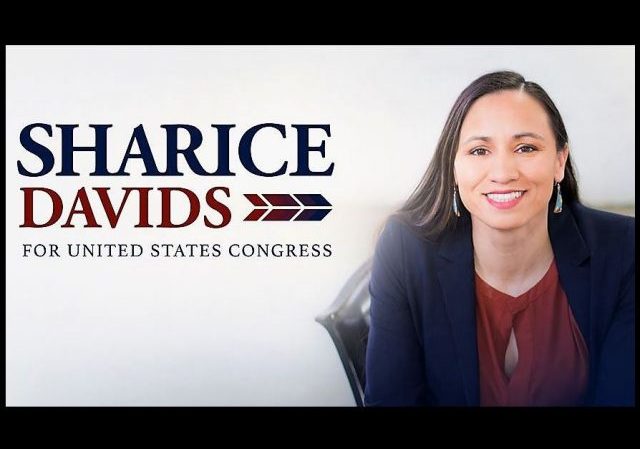 I normally wouldn’t take interest in the race, except that Sharice is a former student of mine.

She did research for me and also took my course. We got along great, and I only have fond memories of her. 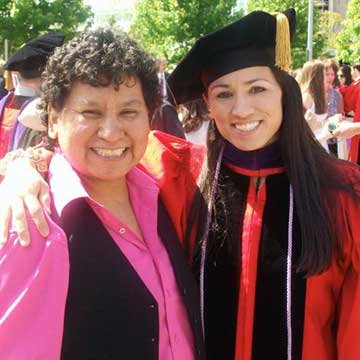 Sharice is a fighter. Literally.

On 1 November 2013, Sharice Davids stepped into the cage for her first professional mixed martial arts fight. Dressed in grey leggings with a pink band around the waist and a black sports bra, Davids paced around her corner of the cage, eyeing her opponent, Nadia Nixon, as the ring announcer roared their names to the eager crowd in Kansas City, Missouri.

At the sound of the bell, Davids leapt forward and landed a clean left hook that sent her opponent tumbling to the mat. The crowd cheered as Davids mounted her opponent and continued her onslaught. Not long afterwards, the referee separated the fighters and allowed Davids back to her feet. She had won her first professional fight in less than two minutes.

It’s interesting to see Democrats celebrate the fact that Sharice is Native American. According to Salon, Kansas could elect first Native American woman to Congress:

There have been many political milestones for minorities in the United States in the past decade, and soon a Native American woman may be elected to Congress for the first time in history.

Sharice Davids, a 37-year-old attorney and member of the Ho-Chunk Nation tribe, hopes to be the first. The Shawnee resident is vying for the seat in Kansas’ third district occupied by four-term Republican Rep. Kevin Yoder….

When asked about how she feels about potentially being the first Native American woman elected to Congress, Davids told Salon, “It’s just disbelief, like, really? We have a lot of educated Native women who are active in politics. … It feels like it’s about time.”

The daughter of a single mother Army veteran, Davids said she “knows the importance of hard work and service to country,” in a statement.

Democrats are pretty excited about the possible election of a Native American woman to Congress (these headlines predate yesterday’s primary, and refer to Haaland):

Anyone see a problem with this Democrat/media pre-celebration of electing the first Native American woman to Congress?

Don’t Democrats supposedly have a Native American woman in Congress?

Don’t Democrats and the media take great offense when her claim to be Native American is questioned?

I wish Sharice well. Though not so well that she helps flip the House.

Yoder’s going to be difficult to beat. He’s got name recognition, if nothing else. This is going to be one of the more liberal sections of Kansas including KC and the outskirts of Lawrence, so…

Gee Professor, if you were a progressive and wrote something so nice about a conservative former student, the Twitter outrage machine would be gearing up to have you fired. Ah, the tolerance of the left.

No chance your Dear Leader wouldn’t tweet about it?

You can play the hypocrisy game as much as you like. Whine on!

I googled Ho Chunk Nation. They used to be known as the Wisconsin Winnebagos. I’d rather this woman lose to the Republican incumbent, but if she wins, I’m going to have grin as wide as 35 foot long Winnebago RV when the Dems start to toot their horn about “first Native American in Congress”. What happened to Princess Shitting Bull?

Saw the Ho Chunk signs in WI a few years ago when driving to a resort. Didn’t know they were formerly Winnebago. About 1986 my employer sent me to Winnebago, NE to run several quality audits at a small business owned by the tribe. So I always associated the tribe with northeast Nebraska. (Live and learn!) 😉

Whenever Sharice is interviewed, she should be asked how it will feel to be the 2nd Native American woman in Congress. Let her deal with it, it’s her party.

Ouch. Women’s MMA. What a concept.

I dunno … aren’t those low cheekbones? I wonder what her maw-maw and paw-paw told her as a child. Does she have a recipe in POW WOW CHOW?

I hope at some press conference, someone asks her about Princess Sh–ting Bull Fauxahontas!