How can they reach this conclusion?! 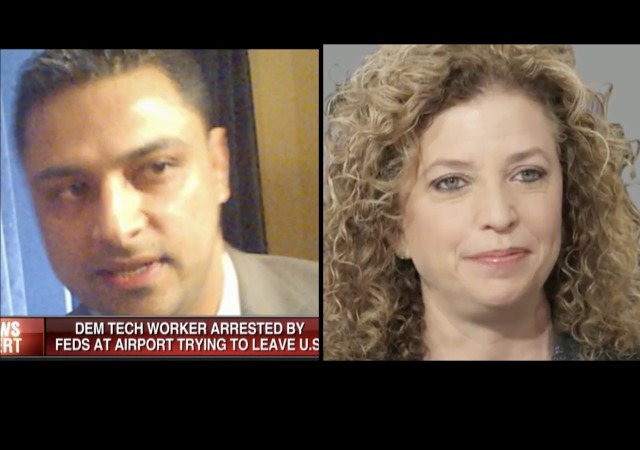 I blogged earlier today that a memo from February 2017 showed that the House Democratic Caucus server in the case against Imran Awan disappeared after it became evidence. This has been a huge story since July 2017.

Today we learned that the DOJ will not prosecute Awan for any crimes he allegedly committed while he worked for Democrats in the House due to the plea agreement he signed when he pled “guilty to one count of bank fraud.”

Only one person sat at the prosecutors’ table: J.P. Coomey, who unsuccessfully prosecuted New Jersey Democrat Sen. Bob Menendez for corruption and was only added to the case Monday. There was no sign of Michael Marando, who had previously led the prosecution.

Coomey did not object to the removal of Awan’s GPS monitor, said he would not oppose a sentence of probation, and agreed to drop charges against his wife, fellow former systems administrative Hina Alvi. (RELATED: Capitol Police Accidentally Gave Evidence To House Hacking Suspect’s Defense Attorney)

This stinks to high heaven.

There’s no other way to see this. NONE.

First the dems give these foreigners these ridiculously lucrative tech jobs, then they arrange for them to go scot free when they commit crimes against the U.S.A.

This deserves an uproar!!!

It appears our DOJ answers to the DNC now.

Well, they covered up that whole mess quite well, didn’t they?
I do hope that some day we will learn what exactly happened here.

Yawn. Another day, another cover up.

‘The Department of Justice said it found “found no evidence”‘

Did it look for evidence?

I would wager just about everything on the claim that this is all nothing more than a public act to hide what is really occurring. Sessions, et.al., likely has a large amount of evidence on Awan so a pea bargain deal where his crimes are argued down this far simply makes no sense until you place it in the larger picture for context.
>
Awan is a little fish so his criminal activity could easily be negotiated down if he were to provide testimony against much bigger fish such as DWS and other Democrat political leaders. (Also, those who are smarter than I tell me that bank fraud are more powerful than other crimes when used for international criminal complaints.) Being that people like DWS are very powerful, the evidence against her may be strong, but not necessarily strong enough to ensure a conviction. More importantly, the court of public opinion will be increased into overdrive with the MSM declaring her and others innocent so an overwhelming amount of evidence will be required for a conviction. What better evidence than a co-conspirator to tell all about what was done, how, and why?
>
I suspect this plea bargain occurred a while back but was kept hidden until now. This announcement makes it now appear as if the Trump administration is now ready to start draining the swamp in public. I suspect that we are going to see much occurring this month with efforts escalating for the foreseeable future.
>
Another reason why it would appear the swamp draining is now starting is that the public is going to need the time to digest this all before the fall elections. What better way to defeat the Democrats than to showcase one high level Democrat after another as being implicated in a conspiracy to throw elections, commit espionage, and so many other crimes against the country?

Democrats are CORRUPT through and through,,, remember this the next time you vote and remove them from Public Office !!

A Republican supposedly runs the DOJ. That person reports directly to Trump. The crime is certainly the fault of the Democrat party. The lack of prosecution lies directly with a Republican administration. But since Mueller runs the DOJ, maybe we shouldn’t be too hard on Snoozy Sessions.

Meanwhile, Paul Manafort is being held in a federal jail in solitary
confinement until trial!! Remember, it was DOJ that set up Robert Mueller’s Special Counsel aka Inquisition!

The DOJ, and probably every other department and agency of government, is still packed with Obama’s people. Unless there’s a purge to get them out (or move them to positions with no authority, if they can’t be fired), they will continue to advance the Obama agenda, protect Democrat policies, programs and people (and the party in general), and persecute their enemies. Every time a Democrat president comes to power, this is done as a matter of course — until the Republicans learn that they must do the same to have control over government, they will accomplish little.

I’m OK with that…as long as it’s part of a deal to testify and nail D. Washerwoman-Shultz’s hide to the wall.

Given how corrupt DoJ is, what are the chances of that? Evidence doesn’t disappear from lockup unless somebody is covering up something. I presume the thing being covered up is Shultz’s guilt and what Awan was really doing here.

I also noticed that the DoJ announcement listing Awan’s alleged acts studiously avoids mentioning the cash he sent to Pakistan and his attempted flight there. Pakistan is on everybody’s terror watchlist and it can pretty much be presumed that he sent money to one of the many fronts for Islamic terrorists. He doesn’t attempt to flee there unless he’s working for one of them.

I thought the DOJ reported to Sleepy Sessions. I guess in actuality it reports to Mueller…