“It creates a piecemeal system of anti-jobs taxation that pushes problems to other cities and discourages the kind of investment, innovation and entrepreneurialism that have given us record low unemployment.” 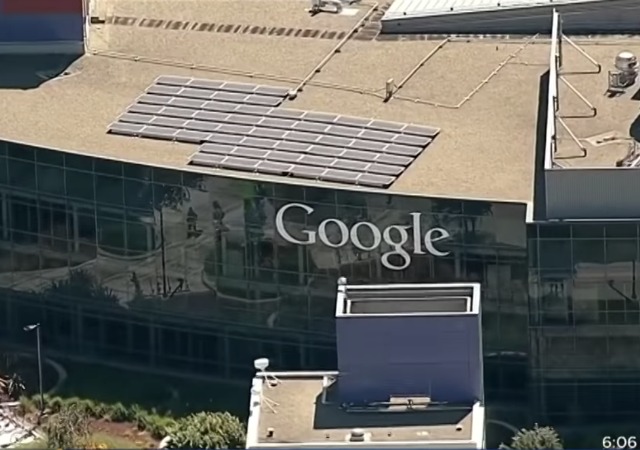 I blogged last week that Seattle’s city council pulled its head tax less than a month after the members passed it after legitimate pressure from Amazon, Starbucks, and other businesses.

I detailed in my blog the trouble with unnecessary corporate taxes such as fewer new jobs and less expansion. Despite this, the cities that make up California’s infamous Silicon Valley wants to pass its own head tax.

The city council in Mountain View, CA, which houses Google, wants to “levy as much as $150 per employee for firms that employ more than 50 people in the community.” The members predict the tax would bring in $6.1 million with $3.4 million coming from Google alone since the company “employs 23,000 people in the town.”

Why would they want to do this? As Reason put it, it’s “to get Google to kick a little back to the town for the problems their growth has wrought.”

Yes, how dare Google bring jobs to the neighborhood:

“We want everyone to pay their fair share. We’re asking for something that can begin to cover the impacts that we’re seeing,” one tax proponent tells the Mountain View Voice, comparing Google to a restaurant patron ordering the most expensive meal at the table and then slipping away to the bathroom when the check arrives.

“If we’re lucky, some of the companies won’t expand here and they will expand elsewhere, where the workers live,” Mountain View Mayor Lenny Seigel says in the San Francisco Chronicle. (Seigel has previously described his town’s problem as having “too many good jobs” and not enough transit.)

Seigel’s hope is precisely the fear of many Mountain View businesses, who worry that they’ll be the ones to suffer should Google decide to shrink its Mountain View workforce.

Are you shaking your head as much as I am? These members don’t want businesses to expand, which means no new jobs. I mean, it will hurt local businesses, too. More jobs means more people. Those people need places to shop at, people to repair houses and cars, etc. Those local businesses are skeptical of these taxes:

In a survey conducted by the Mountain View Chamber of Commerce, 54 percent of local businesses say that they oppose an employee head tax, with 38 percent in support and 7 percent undecided. If larger corporations skip town to avoid the tax, 62 percent of local enterprises say they would be negatively affected.

Similar uneasiness from the wider business community, along with unions and other city stakeholders who don’t see economic growth as a bad thing, was enough to kill Seattle’s head tax. Of course, the backlash there also had a lot to do with popular resentment toward a city government that people see as out of touch and ineffectual. Politics is presently less fractious in Mountain View, where a city-sponsored survey shows two-thirds of voters favoring an employee head tax.

It’s not like Google isn’t giving back. Seigal complains about transit, but Google told CNN Money that the company “financed a study to determine the feasibility of extending Light Rail in the area.” Google has also “given more than $14 million to Mountain View organizations since 2014, including a $1 million grant for homelessness prevention and rapid rehousing of homeless in Mountain View and Sunnyvale.”

Cupertino, the home of Apple, has also considered this idea. It’s still in the infancy stage as no one knows yet how much a business will pay in tax or how much the tax will bring in.

Business leaders in the Bay Area have started to speak out against these taxes. From Silicon Valley Business Journal:

Bay Area business leaders have also warned that head taxes could hurt the region. The Mountain View plan is “a simplistic and wrongheaded approach that badly misses the target of the Bay Area’s housing and transportation problems,” Jim Wunderman, CEO of the business advocacy group The Bay Area Council, of which Apple is a member, wrote in a May 16 letter to the editor in the Chronicle. “While it might feel good for some to take a whack at big job creators, such taxes will only undermine our region’s long-term economic health and competitiveness.”

He added: “It creates a piecemeal system of anti-jobs taxation that pushes problems to other cities and discourages the kind of investment, innovation and entrepreneurialism that have given us record low unemployment. Meanwhile, it will do almost nothing to solve the problems of housing and traffic that extend far beyond any one city’s immediate borders.”

Jared Walczak at the Tax Foundation pointed out that “these head taxes are often based on the current levels of employment in the towns that are looking to adopt them.” Google, like Amazon and others, have offices across the country. The companies can easily transfer these jobs to other places, which is what Amazon threatened to do. If the employees go they take the revenue with them.

Seigal doesn’t think that Google will bolt, but he needs to educate himself on what happened in Seattle. Amazon, Seattle’s largest employer, halted construction on a new building and a lease on another space. The company also announced thousands of new jobs in Vancouver and Boston.

This is just liberals doing what they do best, taking all of of OPM. And, these liberal/progressive companies are stupid enough to move to places where this is likely to happen.

Google moved in and built a humongous campus. This put a tremendous amount of money into the building industry. The improvements to Google’s property increased its value substantially. Purchases of goods and services, by the company and its employees, created a huge input of money into the local economy. All of this produced a dramatic increase in local tax revenue. But, this is not enough. Adhering to the liberal theory that you can’t kill the golden goose, the politicians decide to embark on a new way of gouging money out of the companies which actually create its wealth.

Liberals are, at best, stupid and, at worst, insane.

I notice that these cities are trying to pull this stunt AFTER the target businesses have dropped a lot of money building new facilities. Guess the cities think they have the businesses by the short hairs.

We have two answers to that in Oregon. Beaverton, Hillsborough. And Phil Knight isn’t even a part of Beaverton, even though Nike is located smack dab in the middle. Cities like to take on people and businesses because they believe that they have more resources at their disposal, but sometimes the business does. I bet the idjits who thought up the head tax will have well funded stiff competition the next time they are up for election.

I really do think liberals are stupid as they keep providing evidence to support that hypothesis.

Treat the symptom and not the cause. If your house fills with smoke, open the windows. Ignore the fire.

Pretend the Law of Unintended Consequences does not exist. One only needs good intentions and then Utopia appears.

Socialists always act like they are spending somebody else’s money! Oh, wait…

Any up-and-commer serious about being an international powerhouse should up-anchor and move to someplace like Singapore.

The Future is not going to happen in a smug parochial backwater like the west coast.

I hope they impose the tax. Google/amazon/fb/twitter got in bed with these crass clowns to silence conservatives, let them sleep with the crumbs as the animals start to look for something new to devour.
My sympathy for these liberal businesses/tech billionaires getting screwed by taxes is “Good Job liberals”, keep killing the goose.
Maybe some day a bright light will appear over their heads and they’ll realize liberalism is nothing more than communism without the power to murder freely.

This type of tax has been around for a long time. Denver has had a “head tax” for over 40 years. It is applied to everyone living and working in Denver, irrespective of size and corporate revenue. Currently it is running $117 per annum per head.

I don’t know how the rest of the business tax regimes between Denver an Silicon Valley compare (or between Denver and Seattle, for that matter). But this is not a sudden, new discovery by municipalities.