The down and dirty from last night’s primaries 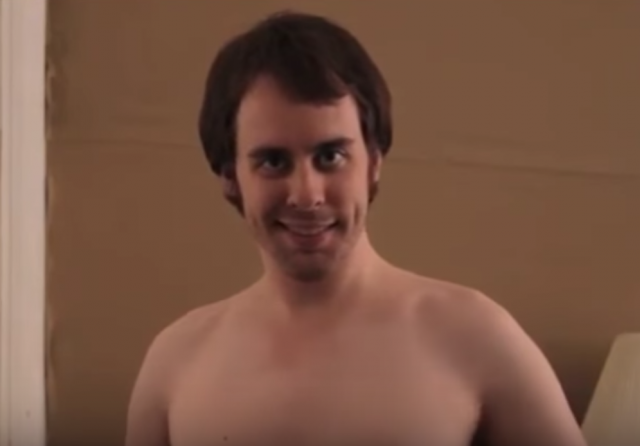 We won’t dig into every race in every state, but we have provided the high and low lights of last night’s elections.

Sanford, long known for wearing his emotions openly and speaking his mind, has been one of the most high-profile Republican Trump critics in Congress. He’s called the president’s tariffs on steel and aluminum “an experiment with stupidity.” He’s called Trump’s disparaging remarks about Haiti and African nations “something stupid.” He’s said that Trump has done some “weird stuff” in office.

During the 2016 campaign, Sanford said Trump should “just shut up” and stop focusing so much on his critics. He’s said that the president was “partially” to blame for the toxic rhetoric that led to the shooting of House Majority Whip Steve Scalise (R-La.). He’s said that “trading slights seems essential” to Trump’s personality, and he gave an extensive interview to POLITICO Magazine in which he said the president had “fanned the flames of intolerance.”

And yes, this is the same Sanford who, while Governor of South Carolina, got caught galavanting through South America with his Argentinian mistress, ending his marriage and Governorship. He later broke up with his mistress turned fiance in a public Facebook post. She claimed she learned of the breakup from the press. So drama.

But I doubt we’ll see this guy splashed across every single headline and chyron.

Corey Stewart won the Republican Senate nomination last night and is already being cast as “a Roy Mooresque headache.”

It’s what looks to be a case of guilt by association.

Last year, Stewart was filmed saying Paul Nehlen (the biker with delusions of unseating Paul Ryan) was one of his personal heroes. Shortly thereafter, Nehlen was banned from Twitter and the GOP for a series of racist tweets.

But Nehlen wasn’t Stewart’s only flirtation with crazy. WaPo has more:

It mirrors a problem Stewart had last year during his unsuccessful bid for the GOP nomination for governor. He said he regretted attending a news conference about Confederate monuments with Jason Kessler, who later organized a white-nationalist rally in Charlottesville that erupted into violence and led to the death of a 32-year-old woman.

There are few things worse than being publicly smeared for befriending someone who later went on to do or say wildly inappropriate things. Buuuuuut, if you’re running for office, it helps to exercise a little discernment and avoid the far reaches of the fringe.

The state Senator will challenge Angus King in November.

Maine also voted to keep the moronic Ranked Choice Voting . Do you think the wording had something to do with it? I had to read it several times to make sure I was voting against it.
Question 1: Do you want to reject the parts of a new law that would delay the use of ranked-choice voting in the election of candidates for any state or federal office until 2022, and then retain the method only if the constitution is amended by December 1, 2021, to allow ranked-choice voting for candidates in state elections?

wow – I have no idea what a yes or a no vote would mean from that wording.

Never heard of Eric Brakey before this post, but that video is funny! Also still laughing about Sandford being given the hook and yanked off the stage.

“Ranked choice voting” (or “preferential voting”, “instant runoff”, etc.) is not moronic; on the contrary, it is the only fair method for holding elections, and only morons and dishonest people oppose it. Anyone who has ever complained about minor candidates “spoiling” elections by “stealing” votes from whichever major candidate their supporters would have voted for had they not run, ought to welcome preferential voting and has no right to oppose it. Maine Republicans are only against it because they believe they’re a permanent minority there, and the only way they can ever win anything is by “stealing in” when the Dems split their votes.

Oh, Mil.
Some tolerance for us poor unfortunates, that are lesser than you [wink], would go a long way.

What unfortunate condition do you have that makes you oppose the fairest and easiest-to-understand voting system in the world?

No doubt I have many unfortunate conditions. Hopefully, deeming people to be morons or dishonest for simply expressing an idea isn’t one of them.

Milhouse: Still annoying, arrogant, and condescending. Those seem to be the condition you are displaying. MAC45 does a nice job explaining this. Please read his comment and thoughtfully reflect on it.

Good illustration there: A preference for A-B-C in the first round might turn into C-B for the second round, but your vote has already been cast.

and the “town idiot” makes himself known again.

All that preferential voting really does is allow a jurisdiction to hold a run-off election at the same time as the regular election, thereby eliminating costs. What this does is skew the voter preference results, by eliminating the knowledge of which two candidates won the regular election and will be facing off. Unless a voter KNOWS who will be in the run-off, it is impossible for that person to cast an informed vote. It essentially requires a voter to guess at who will enter the run-off round of counting. While a voter might show an initial reference for A-B-C, once A is eliminated, then the voter’s preference may change to C-B, rather than B-C. Or, if the voter votes for only one candidate in the election, that voter is essentially barred from voting in the run-off cycle of the election.

Preferential balloting makes life easier for the jurisdiction as it does not have to pay for multiple elections. But it denies a fundamental choice for voters.

Poor Milhouse. Still giving tedious, pedantic, and incorrect lectures to the rest of us.

Actually, it can be demonstrated mathematically, that no voting system is “fair”. Every voting system has flaws and can lead to less than optimal outcomes. We choose a voting system, knowing that it has flaws. One of the flaws of our system is that extra party candidates can siphon votes off. Other systems have other flaws.

Milhouse: “Maine Republicans are only against it because they believe they’re a permanent minority there, and the only way they can ever win anything is by “stealing in” when the Dems split their votes.”

Do you know this for a fact, or is this conjecture on your part? That is, have they come out and stated this through a party spokesman? Or individual officials say this unofficially?

“it is the only fair method for holding elections”

Milhouse, using the word “only” in that sentence and then stating “and only morons and dishonest people oppose it” would tend to make you what you accuse others of being.

There are other “fair” methods.

It seems that if it were all that great, they wouldn’t need to obfuscate the issue by a virtually undecipherable description on the ballot. We used to get ballot items down here where the PTB tried to use the same kind of twisted language to make you think you were voting against a proposition when you were actually voting for it.

So, do you confirm or deny that you may or may not be opposed to the immediate pause on the partial suspension of the implementation of the repeal of the amendment to institute the opposition to the rejection of the non-ranked voting mechanism suspension?

Apparently, this is the original vid

He and Mike Obama could have their own public spectacle!

They could do a neat dance video together that would go viral.

They are called Maineiacs for a reason.

He’s a Maineiac, Maineiac on the floor… And he’s dancing like he never did before. Hahaha.

Maybe that video will help get votes from older ladies… kind of a Risky Business fail, and his body isn’t all that, but at least he isn’t obese and doing it.

Hooray for Corey Stewart. He will make it a lot easier for VA to retain Tim Kaine. In case you didn’t notice, candidates that ran hard on their approval of Trump did not fare well in VA.

“Buuuuuut, if you’re running for office, it helps to exercise a little discernment and avoid the far reaches of the fringe.”

Said no one to the Democrats, ever.

I bet other Senators have danced around in red panties.

See the update on LI – apparently it was fake news. Wonder if the Kemberlee will provide an update to the post?

Apparently, the guy was an actor, did a commercial and an opponent did an edit and posted it on a website that the video is the only post.