Report consistent with assessments made by German Intel in the past 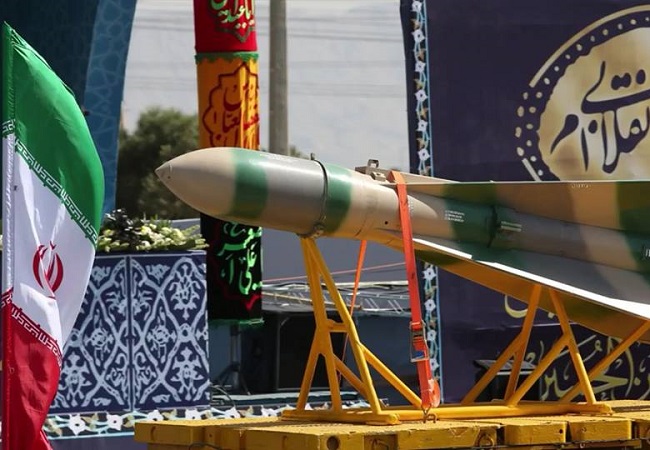 Iran has been trying to acquire foreign technology to build nuclear weapons, German intelligence reveals. Tehran has been targeting Germany’s technology sector to get hold of tech in order to upgrade its weapons of mass destruction (WMD) program, a report published by the intelligence agency of the German state of Baden-Württemberg indicates.

Iran desperately seeks guidance systems and electronics for its nuclear weapons delivery system, the report said. The findings confirm similar assessments made by the German intelligence agencies in the past.

According to a 2016 report issued by the intelligence agency of the German State of North Rhine-Westphalia, Iranian agents had made 141 attempts to secure the forbidden WMD-related technology within that year alone.

These intelligence assessments fly in the face of the narrative peddled by German Chancellor Angela Merkel that the Iran deal has been successful in stopping Tehran from pursuing its nuclear ambitions.

Since US President Donald Trump withdrew from the 2015 nuclear deal, Chancellor Merkel has been leading the charge to salvage the agreement. The German Chancellor has traveled to Moscow and Beijing to drum up support for her diplomatic efforts.

The methodical approach [by Iran] to acquire goods and their possibility of application in the nuclear program, among others, as well as the available information on the end user or the point of request indicate a proliferation sensitive background. (…)

Iran continues to pursue its ambitious missile and delivery systems program that are not covered by the [nuclear] deal. On September 24, 2017, Iran reported the “successful” test of the medium range missile ‘Khorramshahr-12’. The country thus possesses at least three types of missiles with the rage of up to 2,000 km.

The main focus of the Iranian efforts to procure proliferation sensitive [technology] lies in acquiring vacuum and guiding technology, measuring instruments and other electronic equipment. [Translation by the author]

Legal Insurrection reviewed the 345-page report that focuses on various domestic security threats, including the activities of the Iran-sponsored terrorist group Hezbollah on German soil. According to the report, Hezbollah has managed to build a “nationwide network” in Germany. The Shia-Islamic terrorist group stages public rallies and carries out clandestine fund-raising in the country.

The story was first broken by Benjamin Weinthal, a noted security analyst and fellow for the Foundation for Defense of Democracies (FDD). German media outlets have apparently shied away from covering the story. “I am answering lots of queries on Twitter from Germans about my report on German intelligence agency says Iran still seeks technology for WMD and its missile program. Wonder if German reporters plan to cover it?” Weinthal asked on Twitter.

German mainstream media’s hesitation to cover the story is understandable. Major newspapers and media outlets in the country have been very critical of President Trump’s decision to withdraw from the agreement, backing Chancellor Merkel’s efforts to resuscitate the faltering deal.

Chancellor Merkel’s inability to act on the findings of her own intelligence agencies could be linked to German business interests in Iran. German companies have been the biggest backers of the Iran deal. “[L]ucrative deals worth billions are waiting to be made in Iran. As soon as the sanctions are lifted, the run on the markets begins,” Munich-based Bavarian Chamber of Commerce, or BIHK, declared in 2015. German companies have secured sizable deals in automobile, manufacturing and locomotive sector. Aircraft maker Airbus, in which Germany holds a large stake, secured a $27 billion contract to supply airliners to Tehran.

The Iranian regime has been quick to capitalize on Germany’s commercial entanglement in the country to further its nuclear ambitions. While Merkel’s government refuses to see the obvious, Iran targets Germany’s technology sector to upgrade its nuclear program and missile delivery systems.

I promise it will be a night (several actually) you will remember for the rest of your life.

Good news, bad news. Which do you want first?

Someone needs to start knocking out all of Iran’s dams, too much water, followed by too little water and less electricity should temper Iran’s uppity attitude. If they don’t understand the message, we could give them a few free nukes, so that they could study them in action.

Dafooq is it with Germany? The best in science, macininery, music and enablement of mass murder.

I’m sure they don’t have to try too hard. German companies were hot to get clandestine goods to Libya when there was a WMD program going on there, and I’m sure Persia is no different.

Anything for a quick buck. Company brass should be jailed over stuff like this.

Heck, give the Mooolas some of our technology like we did Japan.

If Germany doesn’t participate in a program of hacking these missiles so they make a u-turn after Iran launches them, then point a few hundred missiles at Germany.

I have this vision of a 1968 VW bus painted with psychedelic symbols and a missile tied to the roof rack. At least the mullah’s have beards so they will fit the part.

Did German companies ever suffer a consequence for their involvement in the Oil for Food scandal?

If not, and if they supply Iran’s WMD development, some of the blame falls on the US. Because we failed to teach them to never do that again.