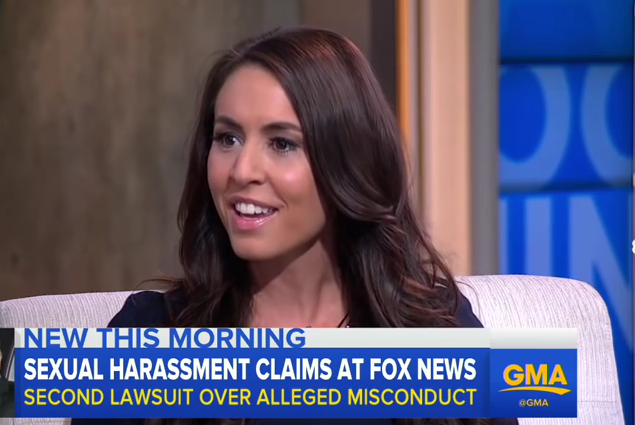 Former Fox News host Andrea Tantaros filed a lawsuit against Fox News claiming that she was “tormented” after making sexual harassment claims against the network, Roger Ailes, and others.  The tormenting she alleges includes tapping her phones and monitoring her emails.  The judge rejected the suit citing her “vague, speculative and conclusory allegations.”

The lawsuit claimed Tantaros was viewed as a threat by Fox executives after she declined an offer of more than $1 million to remain silent. The suit said Tantaros suspected her emails and telephone conversations were being monitored after she revealed personal information in calls or emails that were then referenced by others in cruel social media posts.

Fox News Channel had urged the lawsuit be rejected, saying the claims were a paranoid fantasy or a deliberate hoax.

In his written ruling, Daniels recounted her claims at length but repeatedly cited instances in which her accusations lacked the kind of specifics and proof necessary to put them before a jury.

For example, he rejected a wiretap claim, saying she had “failed to allege a basic element of this cause of action: an actual interception of her wire, oral, or electronic communications.”

In another instance, he struck down a malware claim, citing her “vague, speculative, and conclusory allegations.”