California’s “Jungle Primary” means two candidates from the same party can land on the ballot. 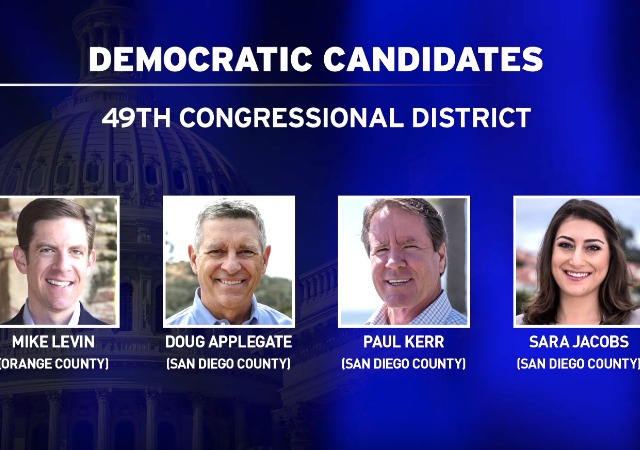 California has an odd primary known as “top-two primary system,” which means that “the two candidates who get the most votes move on to the November vote regardless of party.”

This could cause a major headache for the state, which is why the Democratic Congressional Campaign Committee (DCCC) is pouring money into key districts in southern California to take advantage of the retirement of two representatives and a Hillary Clinton win in 2016.

ABC News reported that southern California is generally Republican, but the DCCC believes the party has a chance to take three seats in November: 39th District, 48th District, and 49th District.

A fourth district, the 10th located in Central Valley, also caught the DCCC’s eye, but officials have not shown as much concern as they have towards the other three.

“After more than a year of organizing in communities across the state, California Democrats deserve to have a Democrat advance to the general election who they can vote for a Democrat in November,” said Drew Godinich, DCCC spokesperson. “Washington Republicans have attacked California’s environment, health care, and raised taxes on millions of families. California Democrats need to vote in June if they want to be heard in November and finish the task by flipping these California districts blue.”

The get-out-the-vote campaign, which began in mid-April, will run alongside TV ads the DCCC began airing this month. A DCCC spokesman declined to say how much the group was spending on the digital ads, but it is spending more than $1.2 million on the TV ads.

Another problem? Democratic registration and turnout. Last month I blogged how a poll from ABC/Washington Post showed that the number of Democrats and Democrat-leaning independents registered to vote fell to 75% from 84% in November.

DCCC organizers “registered more than 20,000 voters since February of last year” in “seven battleground districts in the state.”

The party has decided to utilize technology and place ads on social media platforms popular with young people to encourage them to register and vote. This goes along with the plan to knock on doors.

These districts make up “the battleground suburbs of Orange County, where a plethora of Democratic candidates in each threatens to split the vote evenly and allow two GOP candidates to move on.”

Now let’s look at the districts. The DCCC decided to endorse Harley Rouda in the 48th District over Hans Keirstead, which the state Democrat party chose to back, even though it backed Keirstead last year.

DCCC Chairman Ben Ray Luján said the committee chose Rouda because they view him as “the strongest Democrat in this race and best prepared for the general election” and that polling showed them that he has the best chance to beat Rohrbacher.

But does he? Keirstead released a poll that has him as the top Democrat.

Either way, the poll showed that Rohrabacher and Republican Scott Baugh remain on top. It doesn’t help that the “Republicans have a 10 percentage point voter registration advantage” in this district, even though Hillary won it by 1.7 points over President Donald Trump.

In the 49th District, Democrats have four candidates against eight Republicans and three Independents. The state party and DCCC haven’t endorsed a candidate in this race as far as I can tell.

Instead, the Democrats have attacked Rocky Chavez, who remains at the top of polls along with Democrat Douglas Applegate. However, if they manage to take down Chavez, that may push Republicans Kristin Gaspar and Diane Harkey to the top.

Polls have shown the race in the 39th District as a toss-up between six Democrats, seven Republicans, and four Independents. Lottery winner and veteran Gil Cisneros won the DCCC’s support for this race. Her main opponent is health insurance executive Andy Thorburn. From Roll Call:

The poll, obtained first by Roll Call, shows Republican candidate and former state Assemblyman Young Kim in the lead with 13 percent. Thorburn, a former insurance executive, and fellow Democrat Gil Cisneros are tied with 11 points each.

They are followed by Republicans Shawn Nelson and Bob Huff, both at 10 percent. The two remaining candidates, both Democrats, pediatrician Mai Khanh Tran and former Obama administration official Sam Jammal, had 6 percent and 4 percent, respectively.

Thorburn’s campaign bragged that “he had the highest favorable numbers at 22 percent, though he is tied with Cisneros.”

doesn’t this quirk disenfranchise one of the patyies ?

California did this in the belief that it could always win a least one candidate via the Hispanic black vote and the other seat half the time. They figured they could turn the State into a one party State like Hawaii in 10 years. With 1.9 million middle class voters having left the State, I suspect that in fact it will.

The fact that a lot national money is pouring into a state with a system designed (rigged?) to lead to one party rule suggests that these districts are key. Which maybe implies other districts in other regions look enough like a loss they are not a priority. Meaning the easy wins have become the desperate must wins.

The Republicans should select one candidate to run for each office so all Republican voters will support one Republican candidate.

This will be the headlines about CA before the year is out.