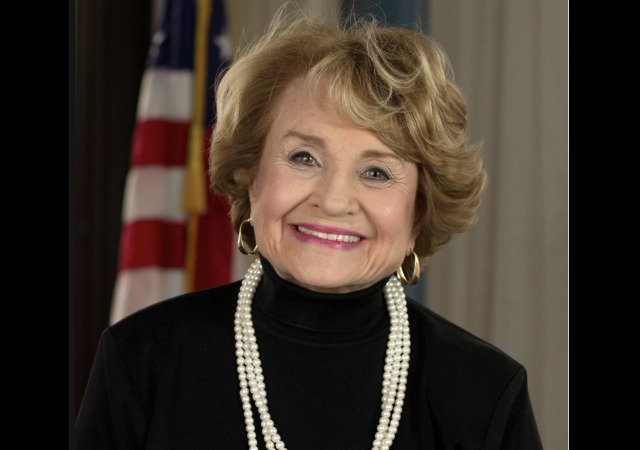 Rep. Louise Slaughter (D-NY) has passed away at the age of 88. She represented Rochester in Congress since 1987. From The Rochester Democrat & Chronicle:

“Congresswoman Louise Slaughter was a giant,” said Senate Minority Leader Chuck Schumer. “She had deep convictions — on both issues important to the people of Rochester, and for the integrity and honesty of the political system. The ferocity of her advocacy was matched only by the depth of her compassion and humanity. Her passing will leave a gaping hole in our hearts and our nation.”

Slaughter fell at her Washington, DC residence last week and was taken to George Washington University Hospital to receive treatment and monitoring for a concussion.

“To have met Louise Slaughter is to have known a force of nature,” said her chief of staff, Liam Fitzsimmons. “She was a relentless advocate for Western New York whose visionary leadership brought infrastructure upgrades, technology and research investments, and two federal manufacturing institutes to Rochester that will transform the local economy for generations to come.”

Details on funeral arrangements will be provided when they are available, Fitzsimmons said Fitzsimmons.

Slaughter retained her Southern accent long after her move from Kentucky. Known to charm constituents and colleagues alike with a folksy manner, Slaughter also was willing to step into the political trenches. Those who knew her best recognized that her down-to-earth demeanor belied a tougher edge that could emerge in both political and legislative tussles. One Washington politico referred to her as “a Southern belle with a cigar in her mouth,” according to a 1992 Democrat and Chronicle story.

Slaughter chaired the powerful House Rules Committee, which determines how bills reach the floor for a vote, from 2007 to 2009. She was the only woman to hold that position and remained the committee’s ranking minority member at the time of her death. She was the oldest member of the House of Representatives, and only nine current members had served longer.

A special election will be held to elect someone to serve out the rest of Slaughter’s term, which expires Dec. 31. Gov. Andrew Cuomo will set the date for that special election.