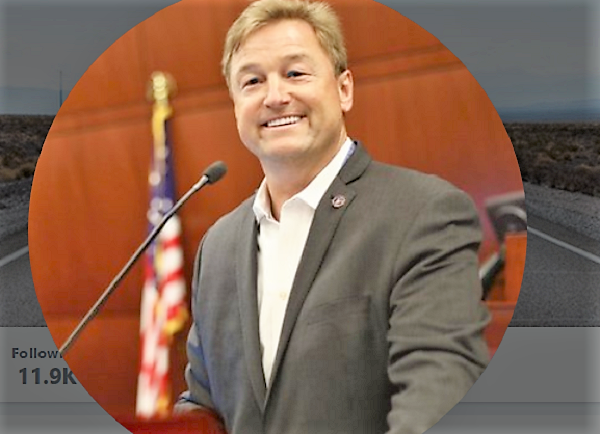 President Trump needs to keep both the House and the Senate in order to fulfill even more of his campaign promises and to get more of his agenda passed.  However, things have not been going well for the GOP in special elections since Trump’s own election.

Recognizing how important Congressional majorities are to his Make America Great Again agenda, President Trump intervened in Nevada, convincing Senator Dean Heller’s primary challenger to drop out so that Heller can focus on beating the Democrat without first getting beaten up by his own party’s primary candidate.

Democrats are giddy about their potential win in the Pennsylvania special election in a district Trump won by 20 points, and they have reason to be.  It is beginning to look like Trump may fall prey to the same problem that haunted Democrats and led to their historic losses at every level of government during Obama’s tenure.

Obama could not transfer his own electoral popularity and success to his party.  As a result, the country was spared even more damage because having lost Congressional supermajorities in both Houses (something Trump has not enjoyed), Obama’s agenda stalled.  After his 2010 “drubbing,” Obama resorted to his “pen and phone,” the results of which Trump has been able to dismantle at exhilarating speed.

Not wanting the same fate to befall his presidency, Trump intervened in Nevada.  Danny Tarkanian (R) was planning a primary challenge to Heller for his Senate seat; however, one tweet from Trump changed all that.

Tarkanian, who has run unsuccessfully for a multitude of offices, has now redirected his attention to Nevada’s 3rd district House seat.

And Tarkanian — who spent months throwing jabs at the Republican incumbent — almost didn’t do it.

“Trump’s campaign manager said President Trump would like to have you step out of the Senate race and run for a congressional (House) seat to create party unity, so we have the best chance of winning the elections and supporting the America First agenda,” Tarkanian told the Las Vegas Review-Journal on Friday. “I explained to him I thought that was not the right decision and the reasons why. He said he would speak to the president again.”

The phone calls continued into the evening Wednesday. Several more back-and-forth “consultations” ensued, Tarkanian said. Finally, he agreed to abandon his campaign for Senate and make a second run for Nevada’s 3rd Congressional District instead.

Tarkanian said Friday he refused to drop out of the Senate race until Trump personally confirmed it was at his request.

Trump obliged in the above tweet, so Tarkanian dropped out, setting his sights on the House seat instead.

“When the president of the United States and the leader of your party asks you to do something, you mostly need to do it,” Tarkanian said. “But it wasn’t something I was wanting to do.”

Rosen defeated Tarkanian by 1.2 percentage points to win her seat in 2016.

Tarkanian’s wife, Amy, was heard saying Friday that her husband’s bid for the Senate brought Heller “closer” to the president.

Heller, who has positioned himself as a Trump ally after initially opposing his presidential campaign, said through a campaign spokesman that he appreciates Trump’s “support and kind words.” Heller’s camp also took a jab at Rosen, saying she spent her time in Congress “doing whatever Nancy Pelosi asks of her.”

Tarkanian’s shift to running for Nevada’s 3rd, however, comes with its own problems for a president desperate to keep both the House and the Senate.

President Trump might have inadvertently damaged Republican chances of flipping a Democratic House seat in Nevada when he cleared the field for Sen. Dean Heller in the GOP Senate primary.

Trump convinced Republican Danny Tarkanian to drop his challenge against Heller and run for the open, Las Vegas-area 3rd Congressional District. The development boosts Senate Republicans and the vulnerable Heller, who can now focus on a tough fall campaign in a purple Nevada without having to protect his right flank in the June primary.

But Tarkanian’s entrance into the 3rd District primary, with Trump’s explicit endorsement, is expected to sideline two Republican candidates viewed as stronger general election prospects with a better chance of beating the eventual Democratic nominee. Tarkanian is a mistake-prone politician with past ethical controversies who has lost five bids for public office.

“Obviously, Tark isn’t our favorite,” a Republican insider based in Washington said, on condition of anonymity in order to speak candidly. “Michelle Mortensen and Scott Hammond are both two good ones.”

It’s only March, but Trump voters have to weigh the possible outcomes of a failure to turnout or vote for the GOP in November.  There are several possible scenarios, but two are particularly stark.

If the Democrats take the House and Senate, President Trump will spend his last two years in office fighting impeachment and unable to get anything on his agenda passed.  From lower and Supreme Court nominees—if he’s not Senate Majority Leader, Senator Mitch McConnell (R-KY) cannot use the Reid rule to get the president’s judicial nominees passed—to getting the wall built to getting anything passed legislatively, the president will be severely hobbled. Trump will be an angry, frustrated lame duck for the last two years of his presidency.

The other scenario is that the president can somehow get his base to support him by giving him the Congressional majorities he needs.  In this case, the president does not face impeachment or sidle out of the White House with his tail between his legs in 2021.  Instead, he can cite a clear mandate from the American people to continue his America First agenda . . . into his second term.

Trump doesn’t have a very good record when he intervenes, usually because he ends up backing the GOPe candidate. Heller is in trouble for good reasons, I have to believe. This may be yet another race that Trump should’ve stayed out of.

Tarkanian is indeed one of the most horrible candidates ever. He lost the 3rd Congressional District, which Trump actually won. He has lost a plethora of races before.

The thing is, he has a famous last name and often it is enough for him to win a divided primary (sometimes), but ultimately all he does is lose.

He seriously just needs to GO AWAY.

What are ryan and mconnell doing during all this?
Watching from the sidelines like the two corrupt GOPe rats they are.