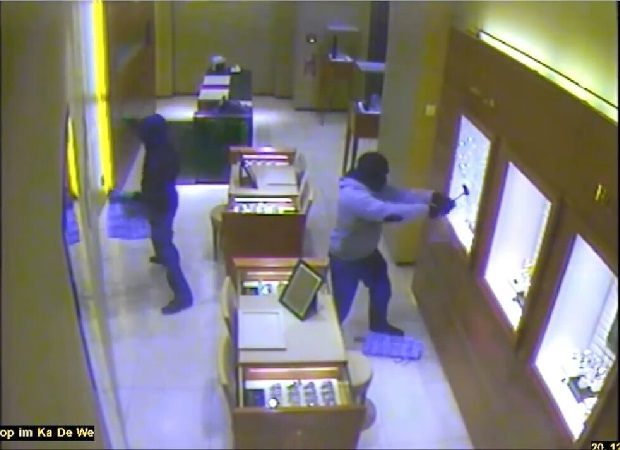 According to the German daily Die Welt, Arab gangs involved in organised crime in Germany are laundering money on behalf of Hezbollah. Raids across Europe led to the arrest of 10 suspect, mostly of Lebanese-Arab origin. The money laundering ring apprehended by the German police could be part of a much larger clandestine operation to finance terrorist group that has carved out an armed fiefdom for its Iranian masters in Lebanon and Syria. German intelligence estimates published in July 2015 put the number of Hezbollah members in country at 950. Hamburg-based magazine Der Spiegel reports:

Customs investigators working for [the city of] Essen have exposed a groups of Lebanese men who are suspected of laundering at least 75 million Euros in past two years. The suspects are regarded to be working for the Shia Hezbollah, considered a terrorist organisation by the United States and is fighting alongside President Assad in Syria. These Lebanese men collected around a million Euros each weak across Europe and converted them into luxury items: Cars, watches, jewellery. The proceedings went to South American drug cartels.

In Germany alone, the group laundered around ten million Euros in 2015. The starting point of the investigations was the discovery of 489,000 Euro in cash recovered from two Lebanese men at the German-Belgian border. (…) Further enquires lead to a similar case in France that was already under the scanner of the U.S. Drug Enforcement Agency. [Author’s translation]

Lebanon-based Shia Islamist group is fighting in Syria to keep tyrant Assad in power, under the directions of Iranian regime. Hezbollah has a brought part of Syria under its control to serve as a base of influence for Iran, in case Assad regime were to collapse. Flushed with fresh cash, thanks to the generous Obama-Kerry Nuclear Deal, Iran handed over a billion dollars to Hezbollah last year alone.

German investigations once again reveal how Islamist terrorist outfits like Hezbollah are using open borders to set up bases of operation across Europe. The findings also highlight the blurring lines between the organised crime and the Islamist terrorism. Islamist groups and Arab crime syndicates are finding willing recruits among the millions of young Arab and Muslim migrant men entering into Europe, sowing seeds of future unrests and conflicts that threatens to engulf the West for decades to come.

Author is an analyst living in Germany