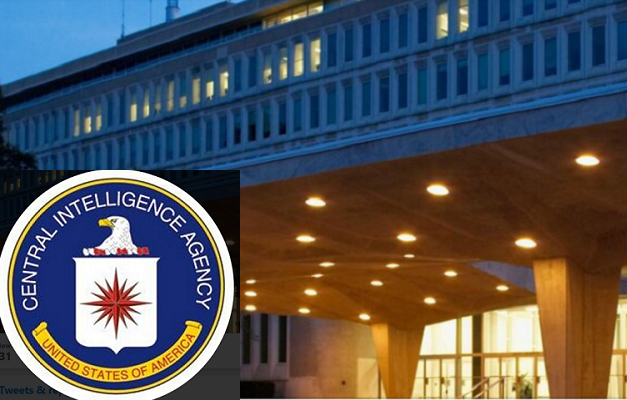 Lee allegedly had in his possession notebooks containing the details and identities of current CIA operatives and is suspected of identifying both spy recruits and CIA agents to the Chinese government.

A former C.I.A. officer suspected by investigators of helping China dismantle United States spying operations and identify informants has been arrested, the Justice Department said on Tuesday. The collapse of the spy network was one of the American government’s worst intelligence failures in recent years.

The arrest of the former officer, Jerry Chun Shing Lee, 53, capped an intense F.B.I. inquiry that began around 2012, two years after the C.I.A. began losing its informants in China. Investigators confronted an enduring mystery: How did the names of so many C.I.A. sources, among the agency’s most dearly held secrets, end up in Chinese hands?

Some intelligence officials believed that a mole inside the C.I.A. was exposing its roster of informants. Others thought that the Chinese government had hacked the C.I.A.’s covert communications used to talk to foreign sources of information.

Still other former intelligence officials have also argued that the spy network might have been crippled by a combination of both, as well as sloppy tradecraft by agency officers in China. The counterintelligence investigation into how the Chinese managed to hunt down American agents was a source of friction between the C.I.A. and F.B.I.

Mr. Lee, who left the C.I.A. in 2007, has been living in Hong Kong and working for a well-known auction house. He was apprehended at Kennedy Airport in New York on Monday and charged in federal court in Northern Virginia with the unlawful retention of national defense information.

Lee has traveled to the U. S. in recent years and his hotels rooms were searched by FBI agents.  These agents reportedly found notebooks containing a wealth of information about CIA operations, including the names and numbers of spy recruits and the real names of covert CIA agents.

Jerry Chun Shing Lee, a U.S. citizen who now lives in Hong Kong, used to maintain a top secret clearance and began working for the CIA in 1994.

The Justice Department said that in 2012, FBI agents searched his hotel rooms during trips to Virginia and Hawaii. They discovered he had two small books containing handwritten information on details such as the true names and numbers of spy recruits and covert CIA employees.

. . . .  The handwritten information inside ranged in terms of classification, but the agent said at least one page contained top secret information, “the disclosure of which could cause exceptionally grave damage to the national security of the United States.”

The agent also noted that classified cables Lee wrote while he was a case officer describing his interactions with CIA assets were reflected in the two books.

Lee was interviewed by the FBI five separate times in 2013 and never disclosed he had the books. He also met with former CIA colleagues around that time without returning the materials to the government, the Justice Department said.

Lee was charged in Virginia and is being held without bail.

He was arrested at John F. Kennedy International Airport in New York.

The case is being prosecuted by the U.S. Attorney’s Office for the Eastern District of Virginia. But Lee made his first court appearance on Tuesday before a federal magistrate judge in Brooklyn. The judge ordered Lee held without bail.

If convicted, Lee faces a maximum penalty of 10 years in prison.

From the Department of Justice release:

Lee was arrested after arriving at John F. Kennedy International Airport in Queens, New York. Lee is a naturalized U.S. citizen, currently residing in Hong Kong, China. According to court documents, Lee began working for the CIA as a case officer in 1994, maintained a Top Secret clearance and signed numerous non-disclosure agreements during his tenure at CIA.

. . . . Lee made his initial appearance this afternoon in the Eastern District of New York. He is charged with unlawful retention of national defense information and faces a maximum penalty of 10 years in prison, if convicted.

The maximum statutory sentence is prescribed by Congress and is provided here for informational purposes. If convicted of any offense, the sentencing of the defendant will be determined by the court after considering the advisory Sentencing Guidelines and other statutory factors. A criminal complaint contains allegations that a defendant has committed a crime. Every defendant is presumed to be innocent until and unless proven guilty in court.

Lee is suspected of, though not charged with, revealing information to the Chinese government that led to the deaths and arrests of “numerous informants” the U. S. had developed.

In a criminal complaint filed Saturday, Lee was charged with one felony count of retaining national defense information, a violation of the Espionage Act.

Although that charge does not relate to the long-running U.S. investigation into Lee, his suspected actions on behalf of the Beijing government likely resulted in the deaths or arrests of numerous informants that the United States had cultivated to help it spy on China, according to one former senior U.S. counter-espionage official familiar with the case.

“There is no doubt that he had a big part in the problems with the sources,” the former counter-espionage official told POLITICO on Tuesday night. “It definitely wasn’t just him but he had a big piece of it, given his background and what he did” as an Asia-based spy for the CIA.

The New York Times, which first reported Lee’s suspected role in the case Tuesday, reported last year that China had killed or imprisoned 18 to 20 such informants since 2010, possibly using tips from a mole familiar with U.S. espionage operations.

However, the initial, public court filings in the case make no reference to that crackdown and do not allege that Lee actually disclosed anything to anyone.

“If, indeed, Mr. Lee was working for the Chinese, he was in a position to do great damage,” a former senior official at the CIA responsible for China, Dennis Wilder, told POLITICO. “The turning of a CIA officer is very rare, in part, because of the stringent screening and reinvestigation process for all officers.”

Despite the apparent belief amongst FBI and CIA agents, it seems that Lee is not (yet?) being charged with further criminal acts because it’s not clear that the information that led to the deaths and / or imprisonment of CIA assets did not come from China’s intercept of classified communications channels.

O’Brien said the information in the books mirrored details in classified CIA cables that Lee wrote discussing his interactions with CIA “assets.”

The former U.S. counter-espionage official said that while there was substantial proof of Lee’s complicity in aiding China, U.S. officials worked aggressively for years to gather enough evidence for prosecution, but found Lee to be a very savvy and difficult target given his extensive training in counter-spy defensive maneuvers.

But that former official and others said there were other complicating factors, including indications that China discovered at least some of its turncoats by intercepting and monitoring highly classified communications channels.

Left the CIA in 2007. In 2012 wad found with, “two small books containing handwritten information on details such as the true names and numbers of spy recruits and covert CIA employees.” Interviewed several times in 2013 but not arrested until 2017!

What was the DOJ waiting for? The fact that he had this information in 2012, five years after his employment ended, should’ve been enough to detain him.

It’s a good thing the FBI isn’t investigating street level crime, nobody would ever get arrested.

The next step is tracking his communication, feeding him bogus info if possible, and then turning him into a double-agent if he will turn. After all, the goal is to find out as many golden eggs without killing the goose.

notamemberofanyorganizedpolicital in reply to georgfelis. | January 17, 2018 at 4:25 pm

What ae the odds that Jerry Chun Shing Lee is a Democrat?

It’s probably a coincidence that our entire spy network in China was wiped out.

Some of that goes back to the Office of Personnel Management hack, where Chinese hackers got the records of every government employee *including* CIA agents.

The Left went bonkers over Scooter Libby, but was remarkably quiet about that one.

notamemberofanyorganizedpolicital in reply to georgfelis. | January 17, 2018 at 4:28 pm

Did Obama help with that?

This happened because our entire domestic counter-intelligence apparatus, at the FBI, was busy spying on President Trump and other assorted political opponents.

Look, the FBI, the CIA, et. al.’s real mission is to do what the boss says. Their boss is the DNC. The US Government just pays for it. The delay from 2007-2017 was mostly so that they could insure that as much damage was done as possible.

Lucky for him the going rate for traitorous intelligence analysts turned turncoats is only seven years. Who knows, maybe he’ll run for US Senate someday?

After he gets his prison sex change.

And, probably seven years in a good-time house “Club Fed” place like Allenwood.

nothing to see here – move on.

notamemberofanyorganizedpolicital in reply to 4th armored div. | January 17, 2018 at 4:31 pm

Hmmmmm…… Who could it be?

Probably a she and he…..

But the Yale Psychiatry Prof experts are still out on that.

Frankly, I’m torn. This is both a smack in the face to the Obama era security and a pat on the back. This information is supposed to be *compartmentalized* so no one employee can know it all. If Bob is the section chief for the Bhut region, he is not *supposed* to have access to records for agents/compromised informants/etc from other regions. Bob’s boss then is not supposed to know the identities of the informants under the section chiefs, and so on.

So an ex-employee from 2007 is somehow able to dig out this information hot enough to get a dozen or more (because the reported numbers are certainly understated) agents or informants killed.

Grats to the FBI and CIA for this collar.
Now fix the leaks.

I thought HRC had the ‘open’ server in her bathroom to make it easier for China, Russia, North Korea, Bolivia, Kenya, Iran, Panama, France, Mongolia, etc. to have access to national defense information.

notamemberofanyorganizedpolicital in reply to Hurricane. | January 17, 2018 at 4:34 pm

That’s what they all thought too, ergo, their billions of contributions to the Clinton Foundation and Hillary’s campaign……methinks……

Collusion? For an entire year we’ve been informed by honest prosecutors and pundits that collusion is not an actual crime, so that headline should be the tag line.

It’s more than suspicious that an ex employee left Langley in 2007, moved overseas, had current spook reality in possession in 2012, which possibly endangered life & liberty of assests, was grilled many times in 2013, yet wasn’t arrested and charged until 5 years later.

notamemberofanyorganizedpolicital in reply to locomotivebreath1901. | January 17, 2018 at 4:35 pm

Must have been some “Clinton-Bush Org.” “appointee”…..