The Senate will vote on the revised bill tonight. 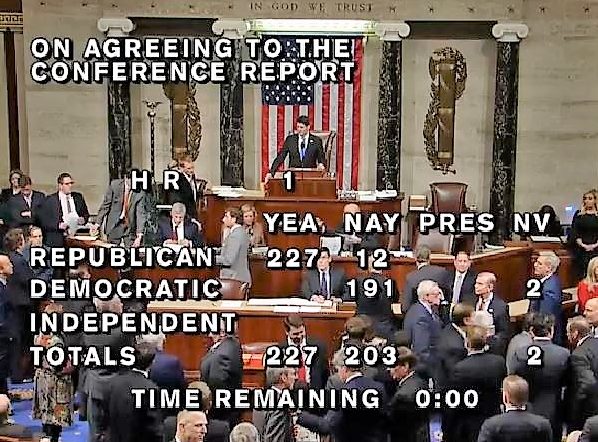 Reports have indicated that the Senate parliamentarian removed three provisions from the tax bill because they violate Senate rules.

This means the House will have to revote on the bill tomorrow.

The vote will likely take place Wednesday. The Senate is still expected to take up the bill later Tuesday evening.

Several provisions in the House-passed overhaul appear to violate the procedural rules of the Senate, according to Democrats, and the Senate will need to vote on whether to waive the rules and keep those provisions in the bill, which takes 60 votes. Republicans will most likely lose those votes, striking the contested provisions from the bill and changing the language of the legislation. After the bill gets a final stamp of approval in the Senate, the bill will return to the house for a revote, likely Wednesday morning.

Process 3: After Senate ok’s altered tax bill tonight, additional vote for Hse to CONCUR in the Senate’s changes is slated tomorrow. If the Hse approves the Senate changes, the House/Senate are aligned. Bill goes to Trump to sign

taxes, US House, US Senate

Our best and brightest.