Lawsuit might be an interesting case of blue vs blue interests! 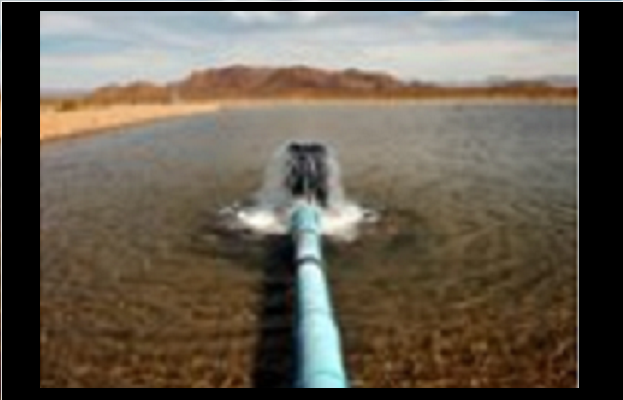 I have often regaled Legal Insurrection readers with reports of California’s water crises and infrastructure woes.

Despite the fact that the Golden State of Insanity has been at war with President Donald Trump since his upset election, the administration approved a water project in October to help California resolve its water problems.

President Donald Trump’s administration has approved a company’s plan to build a water pipeline to carry billions of gallons from the Mojave Desert to California cities.

The federal Bureau of Land Management told Cadiz Inc. in a letter released Monday that the company won’t need a permit to build the pipeline alongside a railroad. The agency rescinded a 2015 decision by President Barack Obama’s administration that had blocked the project.

The Los Angeles-based company said with no federal permit needed, it now plans to move ahead with designing and building the 43-mile pipeline from its property to the Colorado River Aqueduct.

Now that’s a move loaded with “win” for both side!

"The Cadiz desert water project is facing a new hurdle." @Boxall has the latest on the controversial project: https://t.co/iPdDaoK5oN

However, now environmental groups are moving to stop the project:

Three conservation and health safety groups Tuesday filed a federal lawsuit challenging the federal government’s approval of a project that would transfer 16 billion gallons of water annually from a remote part of San Bernardino County’s Mojave Desert to developments in South Orange County and other locations.

“The Cadiz project will suck the desert dry while developers count their money,” said Ileene Anderson, a senior scientist with the Center for Biological Diversity, one of the three plaintiff’s groups. “Pumping ancient groundwater from the Mojave Desert to water suburban lawns in Orange County will devastate wildlife and the entire ecosystem relying on that water for survival.”

In short, the assertions are the perfect blend of the classic, eco-activist blather that businesses and communities must contend with each time they try and build a new project.

Yet, it turns out that this lawsuit might be an interesting case of blue vs blue interests! Many California Democrats are behind the Cadiz pipeline, as it seems their constituents like access to reasonably priced water, too.

Asked to comment on the lawsuit, Courtney Degener, a spokesperson for Cadiz, pointed out that Orange County’s Santa Margarita Water District — which has signed a contract to buy a portion of the 50,000 acre-feet of water Cadiz hopes to pump every year for 50 years — already studied the project’s environmental impacts. …

“San Bernardino County, Cadiz and Santa Margarita Water District jointly defended all of those cases and prevailed in every instance,” Degener said in an email.

Hopefully, the ruling on this case will be more sensible than others we have seen come out of this state recently.

Green on Green is more accurate.

I would lean more towards Heckle v. Jeckle.

question – does Israeli companies which reverse osmosis salt (ocean) water cost to much ?

it seems that that would be a win-win alternative.

There you go again, assuming rational thinking can predict what course of action California might take.

They’ve been trying to build a desal plant in southern California for a long time, but the Eco activists are blocking that too. Poor little fishies might get harmed, or something.

no lox or sardines for me i guess – LOL

seriously, do the ‘activists’ expect only the wealthy be able to live in nice climates ?
guess so.

A few very rich and a great many very poor living in feudal harmony – that is their dream.

My understanding is that it’s a combination of the cost, the scale, and California’s ludicrous environmental regs. Those massive Israeli desalination plants took years to build and each one only supplies around 1 million people with water.

It works in Israel because the entire population of Israel is only 8 million versus almost 40 million in California, and Israel’s population it is concentrated in an area less than 1/20th the size of California.

So California would have to build a LOT of plants, and with the ludicrousness of the moonbeam Dems in California I’d fully expect a single plant to take 15 years to build.

More likely they’d start building it, some environmental wacko would sue because they’re harming salmon or something, and the project would be put in legal limbo for a decade while stupid activists in robes issue conflicting court orders about it.

No company wants to deal with California’s bullshit on something like this, it will simply never happen.

They are big and expensive, but as demand for clean water grows, and the technology improves, the economics look better and better. There are some plants coming online in other places with, shall we say, more reasonable, regulatory climates. The City of San Antonio is bringing one online to treat brackish water from an aquifer near the city. An ideal location for these plants is often adjacent to a nuclear power plant…the excess heat can be used for water purification…that really drives the greenies nuts.

This isn’t about water, or the environment.

It’s about the left wanting to control over the rest of us.

Wait a minute! Why is there even any talk about getting more water to California population centers? The less design margin built in to their utility system, the easier the siege warfare when things go kinetic.

A clear and progressive schism in the Pro-Choice Church.

To say nothing of the environmental damage that would be caused if, God forbid, the pipeline spilled water into a sensitive area, like a river or reservoir.

What? It’s being built to intentionally transport water into a reservoir? Oh, no, that can’t be allowed! Think of the salmon!