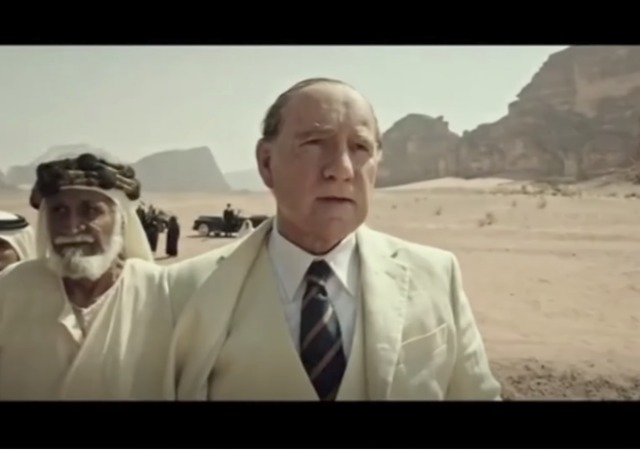 Ridley Scott had finished filming All the Money in the World, but has decided to scratch toxic actor Kevin Spacey from the movie and reshoot all his scenes with Christopher Plummer.

Hollywood has lashed out at Spacey since actor Anthony Rapp told Buzzfeed that the actor came onto him when he was only 14-years-old. The anger built when Spacey decided to deflect the accusations and come out as a gay man. Then more and more people have come forward, leading the entertainment world to distance themselves from the once celebrated actor.

In an unprecedented bold move, director Ridley Scott, along with Imperative Entertainment’s Dan Friedkin and Bradley Thomas have decided to remove Kevin Spacey from their finished movie All The Money In The World. Christopher Plummer has been set to replace Spacey in the role of J Paul Getty. Re-shoots of the key scenes are expected to commence immediately. Scott is also determined to to keep the film’s December 22 release date.

In a unified front, the cast and crew of the film, and Sony Pictures, unanimously agreed to re-shoot all of Spacey’s scenes, with Mark Wahlberg and Michelle Williams’ cooperation part of the mix. This comes on the heels of the decision to pull the film from the prestige closing night slot of the AFI Festival. That move resulted after a weekend of back and forth, with Scott and Friedkin in particular incensed that the sordid allegations against Spacey might doom a film that Scott dropped everything to direct, and on which so many people worked hard and did not deserve to see the results hobbled in the marketplace because of the taint of scandal. So they took control of the narrative. Scott is a maverick, and didn’t shrink under the pressure to re-stage the key scenes involving J Paul Getty, the oilman who refused to pay a ransom after his grandson, John Paul Getty III was kidnapped.

I remember hearing about this movie throughout the year and how it had Oscar written all over it, including Spacey for his role. He only worked about two weeks on the film, but obviously plays a center role in the movie.

Sony, and Scott, obviously want to protect their investments in the film, but didn’t want everyone who worked on it to be punished over Spacey’s alleged actions. From The New York Times:

Aside from protecting their investment, Sony executives contended that they had an obligation to the remaining cast and crew to release the film as scheduled. “There are over 800 other actors, writers, artists, craftspeople and crew who worked tirelessly and ethically on this film,” the studio said in its statement on Monday. “It would be a gross injustice to punish all of them for the wrongdoings of one supporting actor in the film.”

This is the second collapse of a production due to allegations. Netflix suspended production of the hit show House of Cards where Spacey plays now former President Frank Underwood. Season 5 ended with him resigning and letting his wife Claire Underwood, the vice president, take over. That decision came only 48 hours after the company decided season 6 would be its last.

After that news came out, people on the set of the show accused Spacey of sexual harassment and assault. From CNN:

Kevin Spacey made the set of Netflix’s “House of Cards” into a “toxic” work environment through a pattern of sexual harassment, eight people who currently work on the show or worked on it in the past tell CNN. One former employee told CNN that Spacey sexually assaulted him.

The former production assistant, whose account has never previously been disclosed, told CNN that Spacey sexually assaulted him during one of the show’s early seasons. All eight people, each of whom spoke to CNN on the condition of anonymity for fear of professional repercussions for speaking out, described Spacey’s behavior as “predatory,” saying it included nonconsensual touching and crude comments and targeted production staffers who were typically young and male.

Yesterday, former TV anchor Heather Unruh told a press conference that Kevin Spacey sexually assaulted her then-18-year-old son in Nantucket in 2016. Richard Dreyfuss’s son Harry accused Spacey of groping him in 2008 while his father was in the room.