My appearance on Nightside with Dan Rea, talking about the Elizabeth Warren Native American deception. 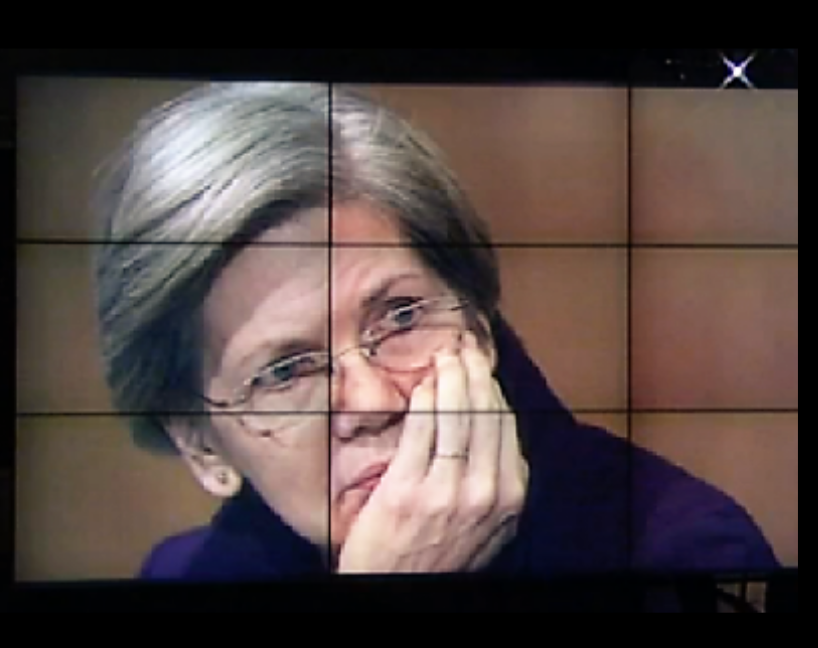 During the 2012 Senate race between Scott Brown and Elizabeth Warren I appeared several times on the Nightside with Dan Rea radio show on WBZ Radio in Boston, a super station that covers all of New England and into upstate NY.

What I always enjoyed about being on Dan’s show is that he gave me a lot of time, usually a half- or full-hour segment. While an hour in radio time really isn’t anywhere near an hour because of commercials and news breaks, it’s still a luxury compared to so many of the 6-minute slots I often encounter. So with Dan, you get into a lot of substance, and it’s not a matter of speed-talking. I also got to respond to listener phone-in questions, which I really enjoy.

My 2012 topics with Dan were my investigations of and reporting on Warren, including her Native American problem.

With Warren back in the news because of Trump calling her Pocahontas, Dan invited me back on the show to explain to listeners the story of Elizabeth Warren’s Native American problem. So many people now only know soundbites about it they hear from the mainstream media.

I spend an “hour” with Dan on Tuesday night, November 28, 2017. The first few minutes dealt with whether calling Warren Pocahontas is a racial slur (it’s not, but it’s also not a term I use), and then my mini-lecture on the Warren Native American story starts at the 9:00 mark. The listener calls start at the 23:00 mark.

The audio is here, and also embedded below.

I mention the first post I ever wrote about Warren supposedly being Native American, and how the title of the post expressed my shock, Elizabeth Warren is what?

It’s too long for me to transcript the entire show, so here are some excerpts:

“That’s the key thing, she improved her chances [of being hired at a top law school]. In order to know whether it made a difference, we would have to see her hiring file, and she has never authorized, and Harvard and Penn have never released her hiring file, because that’s where you would find the information.”

“The fact that she went to Rutgers [Law School] to me is neither here nor there. Because if she were sufficiently accomplished, if she had the publications history, if she had all the other credentials, that wouldn’t necessarily hold her back. But that didn’t give her the right to juice her resume by calling herself a minority when she wasn’t a minority. That’s the offensive thing ….”

“Q. In your opinion, you’ve studied this as closely as anyone, did she use another culture to advance her chances of going up the academic ladder, if you will?

A. There’s not question she did, and those [faculty] directories are the key. And the fact that people at Penn knew she was claiming to be Native American, and the fact that at Harvard they claimed she was a Woman of Color in Legal Academia. There were journals that listed her as the first woman of color …. Fordham Law Journal in 1997 listed her as Harvard Law School’s first woman of color on the faculty. So it appears that the people who did the hiring, the people in the know, knew that whatever she was or wasn’t, she was going to be able to be counted for their purposes, for their diversity purposes, as either Native American or a woman of color.

And there is no question that that is a helpful category to have in a situation where there is an enormous pressure to increase the diversity of the faculty. That doesn’t mean she wasn’t qualified. All I’m saying is that if she was entitled to make those status claims, that’s one thing. But the problem is she wasn’t entitled to, and that’s really the problem, because she’s not Native American and she’s not a woman of color. She had no business appropriating those statuses in order to advance herself.”

“Q. My final question, is she still listed [that way] in the American Association of Law School faculty directory?

A. I haven’t checked it recently, but I believe the evidence was that after she got tenure at Harvard, she stopped listing herself as a minority law teacher. And that is very, very telling. In some ways, that’s the most telling thing. Once she reached the highest run, I mean you can argue whether Yale is the better or Stanford or Harvard, but those are the top three. They’re always the top three. When you’re a tenured professor at one of those three law schools, you’ve reached the top rung. As soon as she reached the top rung of the law school ladder, she stopped claiming that minority status. And I think that says everything.”

Here’s the full audio. Can you handle a full hour of me?

I think her qualifications are dubious, too. It was generous of you to pass on that.

Her work at UT has been called fraudulent, and she destroyed the source data – sound familiar, climate scientists? – for her research so she couldn’t be called out on it. Once you commit one fraud – a second one is no biggie, right? In for a penny, in for a pound.

McArdle of Bloomberg called her work out in detail, and as a Harvard grad was more than qualified to say it wasn’t worthy of Harvard undergrad work, never mind grad level work.

That may be opinion – but that her work was highly suspect if not outright fraudulent is a stench that should not be following someone into a tenured professor position at the Ivy League.

But of course it can be overlooked to meet a diversity quota.

Maybe they considered that research “pretty OK for a minority who was a beneficiary of affirmative action…” early on. Not everyone is measured by the same yardstick, you know.

By the way, of the many fine recurring threads over the years, the Warren Native American thread is among your finest shining moments, IMO.

Never forget the conversation I had with an American Indian woman (a real one – no doubt when you see her) in 2016 about politics. She was bright, but a typically ignorant democrat feminist.

When I asked her her feelings about Fauxcahontas’ having claimed to be an Indian, her jaw dropped – she had no idea.

Then she exclaimed with disgust, “Elizabeth Warrren -Indian?!”

Nonetheless, she fell right back in lock-step. And of course, voted for hillary klinton.

We can only imagine the spin if Michele Obama decided to go for an advanced degree what they would dream up for her qualifications! The left has always had the mantra that it isn’t what you do that is important but what you say. To Warren, she is a native American and nothing DNA or science can say will ever deter her from claiming it. Just like the new age of deciding what race you really are or what sex, if any, you are, the left has created this chaos to bring down the historical icons of our heritage. They hate that white men founded and delivered the finest most successful government ever known on this planet. Given their way, hillary being elected, they would re-write history to affirm their perverted view.

What’s really amazing is how few people really lead the leftist movement in the U.S., and how many useful, but otherwise useless idiots they control.

The American left? What collection: the men? – lazy, hyper-ignorant girlie-men living in their parent’s basements (if they have one – or even know their parents), many with criminal records; the women? – a collection of the most ignorant, angry, hysterical, self-destructive people ever to walk the planet.

Imagine this pool of talent being what America had to tap at the time Pearl Harbor was attacked. We don’t have to imagine it now – it’s all we’ve got.

The crazy Korean fat-boy may not be so crazy after all.

Rutgers is relevant due to Harvard’s record of only hiring from the top 10, and really, almost exclusively from the top 5. Rutgers wasn’t even close to top 50 at the time.

And, Warren did NOT have a solid track record that would warrant any exception.

Her book has been described by a fellow professor in her field as, “Academic fraud”.

Also relevant: She claims they hired her because of her teaching skills. Hmm, they paid her $350,000 to teach ONE course. If they really wanted someone that had solid teaching skills, they’d have given her a full schedule and not worried overmuch about her publishing. Turns out, they cared about neither.

What Harvard, and previously U Penn, DID do with Warren was gloat about having hired a “woman of color” as a professor in their law school.

Hard (impossible really) to conclude that that was not the deciding factor (ie. ONLY factor) in deciding to hire her.

It’s become clear that you can molest women, be a racial fraud, or be a barry obama, so long as you do the communist/fascist bidding. They’ll kill you later on, but you’ll have fun before you die.

To me, what is really telling about this entire polava is how the left selectively gets outraged over a single word BUT never outraged over a privileged white female appropriating another peoples entire culture for her own selfish self interest.

Maybe someone could pick up the extra charge to rush her ancestry DNA analysis? Surely she’s already been swabbed for the test.

If I were Trump I’d double down on the Pocohantas (no, not the fauxcohantas) name calling.

And then when the WH press corps builds up to a fever-pitch in the next press briefing after sparring with Huckabee-Sanders over his “racism” for a few minutes, have Cherokee genealogist Twila Barnes waiting in the wings to give them a detailed explanation of just what a fraud Warren really is.

Then tell them to stand by for the President, who can come out and call Elizabeth Warren the Harvey Weinstein of cultural appropriation. Which I consider a bulls**t term because if a white guy like me can’t run a burrito stand I want the third world to give us all our planes and vaccines. But if it means anything it’s when some mediocre white woman steals a job she otherwise wouldn’t have gotten by claiming a cultural/genetic affiliation that isn’t hers.

Didn’t you document all this Warren stuff somewhere on the web? I can’t find that site.
Anybody got the URL for that?

The host of “The Daily Show” told his studio audience on Tuesday night that the president’s ongoing “Pocahontas” jokes surrounding Ms. Warren may be warranted. Comments made by Mr. Trump on Monday during a Navajo Code Talkers tribute prompted Mr. Noah, who grew up in South Africa, to research the issue.

“When he says ‘Pocahontas,’ you might be thinking, ‘wait, Trevor, I’m confused. Is Elizabeth Warren Native American?’ And you see, that’s the question. Because for a long time, she said she was,” Mr. Noah said, the Washington Free Beacon reported.