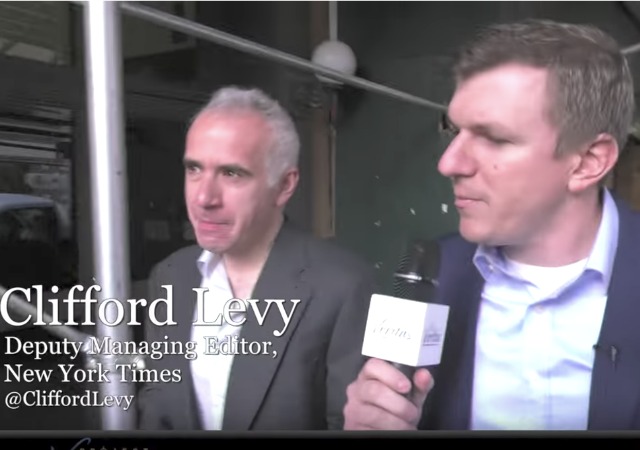 O’Keefe asked him about Nicholas Dudich, who admitted in an undercover video that he uses the NYT to push his bias. He also said that former FBI Director James Comey is his godfather and old family friends, both of which were false.

A video yesterday caught Senior Editor Desiree Shoe admitting that the NYT has a left-leaning bias and tried to influence the election with its coverage of then-presidential candidate Donald Trump. She also called him crazy and described Vice President Mike Pence as “f*cking horrible” because of his religious views.

Reporting on the bias as unethical is exactly right.

In most professions you lose your job for flagrant and repeated ethics violations.