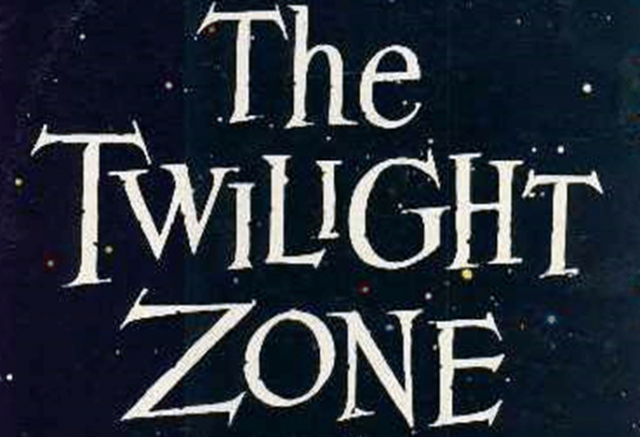 Yesterday, I covered the state’s lawsuit to prevent the construction of President Trump’s border wall.

In today’s episode, San Francisco and Oakland filed separate lawsuits against five oil companies, asking for billions of dollars to protect against rising sea levels they blamed on climate change.

According to a news release from San Francisco city officials, the lawsuits mirror 1980s-era lawsuits against tobacco companies. They allege the oil giants “knowingly and recklessly created an ongoing public nuisance that is causing harm now and in the future risks catastrophic harm to human life and property.”

Legal Insurrection readers will recall that the approach mirrors the one by “Attorneys General United for Clean Power“, of which Senator Kamala Harris was once I member.

Of course, California politicos are blaming President Trump for this action.

“Congress and the Trump administration are AWOL on climate change,” said Ken Kimmell, president of the Union of Concerned Scientists, saying the courts were the appropriate venue to address rising sea levels and other climate impacts.

The lawsuits follow those of Marin and San Mateo counties, as well as the San Diego County city of Imperial Beach, to target individual corporations for their alleged contribution to supposed global warming. Personally, I suspect budget shortfalls and the looming pension crisis as the main impetus for our politicians to drill for money from among America’s most successful firms.

Representatives from the five petroleum firms note how frivolous the California cases are:

“Chevron welcomes serious attempts to address the issue of climate change, but these suits do not do that,” said company spokeswoman Melissa Ritchie in an email. “Reducing greenhouse gas emissions is a global issue that requires global engagement and action.”

Eric Wohlschlegel, a spokesman for the American Petroleum Institute trade group, said the oil and natural gas industry had already made climate change a priority and will “play a leading role in driving down U.S. greenhouse gas and other emissions.”

To quote the classic show:

“This highway leads to the shadowy tip of reality: you’re on a through route to the land of the different, the bizarre, the unexplainable….”

Welcome to The Twilight Zone – California.

Well, I may be just an ol’ country lawyer [h/t to late Sen. Sam Ervin], but as I recollect, you can’t sue for speculative harm. As the seas haven’t risen yet all the claimed harm is speculative. So, it seems that motions to dismiss, based on plaintiffs’ seeking relief that cannot be granted, are in order.

In 1971 I was returning to Raleigh (NCSU) on I-40 when I noticed an older car on the shoulder and an older man stepping out into my lane. So, I slowed down and stopped a little ahead of the his car in which his wife was in the passenger seat. He walked up, opened my passenger car door, sat down and said, “Hello, I am Sen. Sam. Ervin and I need you to drive me to the nearest service station.”…which I did…gladly. As a good ole boy and country lawyer… Senator Sam did know his constitutional law…

Using the justice system to harass – and run up attorney fees. (Hear that all you limousine liberal donors?)

This risks blowing the whole Warmunism con all to hell. Now they’ll have to demonstrate that sea levels are indeed rising … and they won’t be able to do that, since they’re not.

Rising sea levels depend on a rising global average temperature. Can we say with certainty what is driving any temperature increase (assuming there is one)? Some think not:

“It boggles the mind that I could be certain that I know what caused a half degree (C) rise in the last hundred fifty years. It’s simply not large enough to find a physical cause.”
Climate Statistics Professor Dr. Caleb Rossiter of American University

Rising sea levels depend on a rising global average temperature.

And the obvious corollary is, if sea levels aren’t rising, then neither is global average temperature.

This is the basis of my own claim that AGW is a scam.

And we know sea levels aren’t rising because people like me have been measuring seal levels for years. And it’s just not happening, no matter what people inland have been led to believe.

This isn’t about the end result, this is about using the process as the punishment. Bleed the oil companies dry and use that to prop up their green catastrophilia for their own political ends.

Sea Level Rise slowed dramatically about 8,000 years ago and has been rising ever so slightly at the same rate ever since.
https://en.wikipedia.org/wiki/Sea_level_rise#/media/File:Post-Glacial_Sea_Level.png

Of course sea levels are rising; they’ve been rising since the last ice age ended and they haven’t yet recovered their “natural” level so they’re going to keep rising no matter what we do.

To quote the classic show:

“This highway leads to the shadowy tip of reality: you’re on a through route to the land of the different, the bizarre, the unexplainable….”

When was this one? The original ran five seasons (1959-64), with various intro monologues, but I don’t recall this.

Season 1 started with either

There is a fifth dimension beyond that which is known to man.

You are about to enter another dimension.

As I recall the pilot was a bit different, involving a “sixth dimension” … but as Rod couldn’t say what the five were, they later dropped a dimension.

You’re traveling through another dimension, a dimension not only of sight and sound but of mind.

Season 3 started the same as 2, with some words in the next sentence deleted.

You unlock this door with the key of imagination.

There were two later revivals. And of course a movie.

“One Step Beyond” maybe?? Agree, never a Twilight Zone beginning I can remember. Thriller, Night Gallery… no…

This will End badly for CA.

Bet those oil companies can easily prove it was the CA government officials, and CA politicians who caused any “Al Gore-Ball Warming-CLimate Change.”

(Remember when it was Warming before that Flunked and they switched to “Climate Change.” As we say here “If you don’t like the Climate just wait a minute.”)

I admit it is a fantasy, but I would love to see Chevron Corp, ConocoPhillips, Exxon Mobil Corp, BP Plc, and Royal Dutch Shell Plc just coincidentally announce over the next couple of weeks that they were leaving the California market; retail, wholesale, and refining [including all the Hogwarts Potions variants required in California]. It would help California meet its air quality goals, and rid the companies of a series of royal pains in the tuchus.

Since California has allowed oil drilling since forever, and reaping taxes on that activity, how can they get away with blaming the oil companies that pump the stuff?

When are the advocates of GW going to provide some real proof of GW? This theory has been around for a long time and they never provide real evidence supporting it.

The advocates of this theory keep telling us that the sea levels are going to rise. However, I never hear them state that sea levels have risen by a specific number of feet or inches.

Furthermore, they are reporting that the average temperature has risen a lot every year, but the increases in temperature are due, for the most part, to the adjustments they make of the raw data.

Let them provide some real proof of GW’s effects.

I remember years ago Owens Corning was sued for breast implants using “science” as proof of the damage caused by these breast implants. Owens Corning has just emerged from the terrible financial penalties imposed upon them from losing the court battles.
>
It is now know with certainty that the case against Owens Corning was false. The courts did not understand the difference between sham science spewed by an idiot and real science. The courts could not understand how some things were not known or could not be proven such as the absence of anything. The courts convicted Owens Corning because they understood nothing about science and it appears that they are readying to do this again.
>
I now fear these idiots will find some flashy lawyers who will argue global warming in court and win when the truth of the matter is that global warming is largely a hoax. As a research chemist with 35+ years of experience and hundreds of publications and such, I have followed the global warming debacle for years and remain amazed at what they put out that passes for science, how the media has been so adamant in their support for global warming that is has convinced the world that global warming is real, and how so many people who know nothing about science will get into physical altercations should you try to tell them the truth that global warming is largely a shame. I have even had freshman students, fresh out of high school, inform me, their freshman chemistry professor, that I am a terrible chemist and unfit to teach because I do not understand global warming as well as they do. This is not an uncommon event in that just about every one of my colleagues have related similar stories about when this has happened to themselves.
>
I truly fear our court system, especially that in California, for they will almost certainly rule against big oil in a landmark case of prejudice and stupidity. It seems that in California, liberalism and its tenets (big business is always guilty, the little guy is always the victim, there is a vast conspiracy to hurt everyone, UFOs are real alien spaceships, astrology does indeed forecast your future, and yes, we can determine how many angels can dance on the head of a pin) seem to always trump science and reality. Once they win this case on global warming in court, who knows what else they will try now that they think the law is on their side.

well, when they trot out the tidal gauges for the Bay Area that show no appreciable rise in sea level over the last 100 years, one would hope that even a #Failifornia court would take notice of the evidence.

It was Dow Corning, and they didn’t lose in court, they settled the case for some ridiculous amount, and then the evidence came in that the whole case had been bogus. That settlement should have been withdrawn; simply say we’re not paying, it’s inequitable, and if the courts can’t fix it then the legislature will have to.

Blame David Kessler, the then-FDa commissioner for that one. He was the one who had the implants recalled on the strength of very little evidence, “just out of an abundance of caution”, which is what led to the plaintiffs suing in the first place.

Punishment in the process…taking a page right of the EU Brussels book.

saying the courts were the appropriate venue to address rising sea levels and other climate impacts.

I think I agree with this. The courts are the appropriate venue to pass judgment on nuisance claims, like all other torts, and are well experienced in doing so. They’ve got rigorous standards of evidence, a neutral and skeptical finder of fact, and they subject claims to an objective standard of proof. So long as they treat this like any other case I don’t think the warmenists will be happy with the result.

Gee. Who do I sue because I am deprived of saltwater waterfront property along Florida’s Lake Wales Ridge?

How can this be? It is called interglaciation: