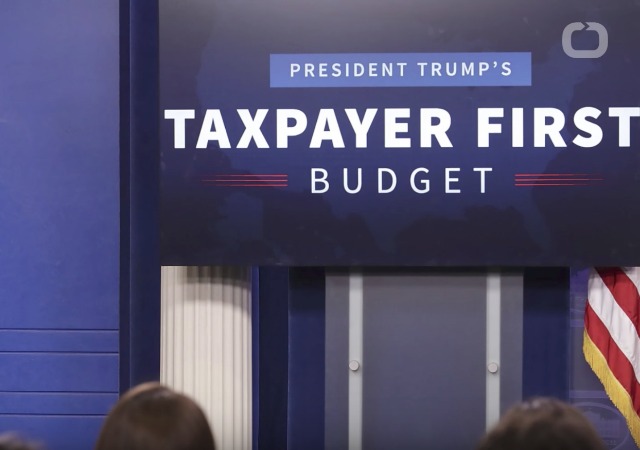 Senate Republicans released its 2018 budget, which includes terms to allow the lawmakers to push through tax reform through budget reconciliation. This would protect them from a Democratic Filibuster.

Under the budget proposal, Republican tax writers can add up to $1.5 trillion to the deficit over 10 years, giving lawmakers more flexibility as they attempt a once-in-a-generation revamp of the U.S. tax code. With more wiggle room to slash revenue, GOP legislators hope they will be able to go even lower on tax rates for individuals and corporations.

The $1.5 trillion figure comes out of a compromise struck this month between deficit hawk Sen. Bob Corker (R-Tenn.) and tax-writer Sen. Pat Toomey (R-Pa.), who both sit on the budget panel. Corker had sought a revenue-neutral tax plan, while Toomey had called for as much as $3 trillion in lost revenue over 10 years.

“This budget is especially important because it will allow us to get to work on our pro-growth, pro-family, pro-jobs tax reform plan,” Senate Majority Leader Mitch McConnell (R-Ky.) wrote in a statement Friday.

Even though it adds to the deficit, the Republicans believe that the plan “will ultimately help grow the economy and lower the tax burden on American citizens.” From The Daily Caller:

“This budget resolution puts our nation on a path to balance by restraining federal spending, reducing tax burdens, and boosting economic growth,” Senate Budget Chairman Mike Enzi said in a statement. “It is also the first important step in providing Congress with the tools it needs to enact tax reform that will grow America’s economy and strengthen hardworking families and small businesses.”

This budget plan differs slightly from the House budget, which should pass next week. If it does then lawmakers will have to work out the differences before they can hit up tax reform.

Some major conservatives in the House said they will “accept the Senate’s provision for $1.5 trillion in tax-related deficits in order to move the tax reform process forward.”

The House budget has “instructions for $203 billion in mandatory spending cuts, largely from welfare, anti-poverty and agriculture programs.” The Senate has $1 billion in cuts “from the Energy and Natural Resources Committee, which could allow language on allowing drilling in the Arctic National Wildlife Refuge (ANWR) to be passed under reconciliation.”

“It would be disingenuous to suggest that $200 billion worth of mandatory spending cuts would make it in the Senate budget. So it’ll have to be worked out in conference, and compromises will have to be made,” said Rep. Mark Meadows (R-N.C.), the chairman of the conservative House Freedom Caucus, which delayed passage of the House’s resolution over spending and tax plans.

“Republicans have been calling for spending cuts for so long, and they’re putting in just $1 billion. It’s like a doctor evil moment!” said Maya MacGuineas, president of the Committee for a Responsible Federal Budget.

“They have trillions and trillions of dollars of unspecified savings, and because they’re not included in reconciliation, they clearly have no plans of pursuing them,” she added.

Screwing around with the nobs, with a heavy dose of smoke and mirrors.

Business as usual. What a shame.

There’s much to be said for preserving the filibuster. If we could increase the number of senators required to pass legislation to a 2/3 third majority and impose a 5 year sunset on all new and existing laws, what a wonderful world this would be.

So. No tax changes this year! The swamp wins again.

Because this affects the Chamber of Commerce, I expect McConnell will put his utmost effort into it. He might even threaten people like McCain, Collins, and Murkowski if they vote against it!

It is amazing how, after all the decades where members of both parties in Congress have been “screaming” for deficit reduction [balanced budgets, revenue neutral programs, etc] that they have to build in a $150 BILLION/year [potential $1.5 TRILLION deficit over the next decade] deficit into the budget. If these clowns ran a personal business like they run the government, they’d be homeless in two years.