However, the Democrat incumbent leads him by 10 points 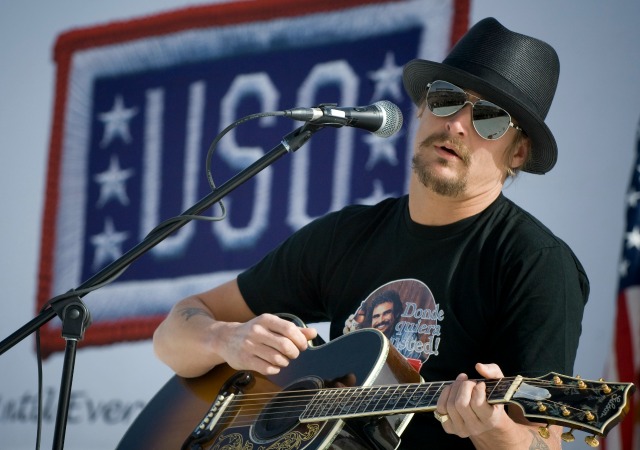 Although Kid Rock (R-MI) has not formally announced his candidacy for the Senate, he’s making a big enough splash to be polling ahead of all the GOP primary candidates.  Combined.

Robert Ritchie, aka “Kid Rock,” is poised to ride the “Trump Train” to Washington, according to a new poll on the race.

Zogby Analytics told Secrets that rock and roller Kid Rock has more support in the Republican primary than every other candidate combined.

At 29 percent, he has an enormous lead over potential candidates. However, a massive 56 percent of Michigan Republicans are not sure who they want in the 2018 race to face incumbent Democratic Sen. Debbie Stabenow. She leads Ritchie by 10 points in the poll. 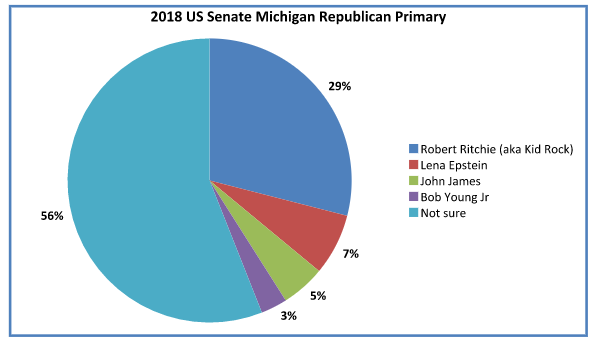 Pollster Jonathan Zogby said that Kid Rock, whose albums include “Cocky” and “Rebel Soul,” looks strong among supporters of President Trump, who shocked the political world when he won the traditionally Democratic state.

“When we dig into some indicators with regard to Michigan, our poll of 800 Michigan voters shows that only 39 percent of voters think things are headed in the right direction, while 40 percent think things are off on the wrong track throughout the state,” said Zogby.

The other big factor is that since President Trump did the unthinkable and flipped Michigan from blue to red in the 2016 presidential election, someone like Ritchie has the potential to harness that populist rage and resonate with blue collar Democrats and union voters who turned to Trump. Voters also might be attracted to Ritchie’s free spirit and ‘shoot from the hip’ personality,” he added.

it’s not a good election cycle to be a RINO…