“It has become increasingly clear that continuing the CareConnect health plan is financially unsustainable.” 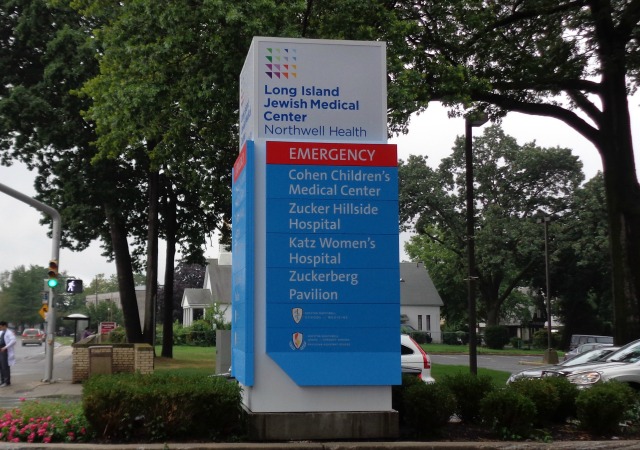 Northwell Health (the former North Shore-Long Island Jewish Medical Center network ) blamed a flawed provision in the Affordable Care Act — and the lack of action in Washington to fix it — as the culprits for winding down its CareConnect insurance company.

CareConnect enrolled 14 percent of firms in New York’s small group market and 8 percent of customers in the individual ObamaCare market — mostly on Long Island and in New York City.

In 2016, the hospital doled out $112 million “into a risk insurance pool created to prop up insurers that had a disproportionate number of high-risk or money-losing clients.” This pool helps stop the “insurers from ‘cherry-picking’ younger and healthier customers who are less expensive to cover.” Health Data Management reported:

CareConnect said new insurers like itself were disadvantaged by an Affordable Care Act program called risk adjustment, because they had less information about their customers. The program is designed to transfer money from insurers with healthy customers to those with sick ones and relies on insurers to assess their own members.

The company was required to pay out large sums under the program, fueling a $156.6 million loss in 2016, up from $31.8 million a year earlier, according to regulatory filings. New York’s insurance regulator is making changes to the program for 2018 to limit how much insurers can pay in or receive. CareConnect said it would have been profitable this year if it were not required to pay $112 million into the risk-adjustment program.

However, these payments caused a major financial problem for CareConnect and Northwell, which created CareConnect as a way “to direct patients to its hospitals and doctors, promising a simple, limited network of health providers and lower process.”

Like other businesses, CareConnect faced too many pressures within the Obamacare market after too many of them “misjudged the business, charging too little for premiums and the taking losses as patients used more care than they projected.”

The hospital system also said that uncertainty around the fate of the Affordable Care Act had clouded its business prospects, contributing to its decision to close the unit.

“It has become increasingly clear that continuing the CareConnect health plan is financially unsustainable, given the failure of the federal government and Congress to correct regulatory flaws that have destabilized insurance markets and their refusal to honor promises of additional funding,” said Michael J. Dowling, Northwell’s chief executive officer.

Dowling concluded that “Northwell saw ‘no viable path to profitability in the foreseeable future’ for the business.”

Northwell will be submitting its withdrawal plan to the state Department of Financial Services and will continue operations over the next year to give customers time to transfer to other plans.

Financial Services Superintendent Maria Vullo, in a statement, said Northwell’s decision to close CareConnect was “unfortunate” — but wouldn’t contest it.

“We recognize that this decision will help Northwell focus on its core mission to deliver health care services to New Yorkers,” Vullo said.

The New York Post editorial board wrote a scathing op-ed over this development, reminding everyone that you can blame the GOP all you want, but to remember that Obamacare did this:

You can blame Republicans in Congress for cutting the taxpayer subsidies that Democrats had promised, but that amount was smaller than what the Democrats were forcing it to pay to other insurers with their ObamaCare rule.

Partisan war in Washington is further destabilizing the health-insurance markets — but it’s the ObamaCare law that put those markets at Washington’s mercy, even as it greatly added to the polarization.

Plus: ObamaCare only works with massive taxpayer subsidies not just for people buying exchange policies, but also to insurers — and that’s just to maintain pre-Obama enrollment levels. (The net gains in coverage under the law come from Medicaid expansion.)

The whole house of cards is barely holding together, but the left, led by Sens. Bernie Sanders and Elizabeth Warren, wants to “fix” it by imposing single-payer healthcare — which would require vastly more federal spending.

Worse, it would plant the entire health-care system in the middle of the Washington crossfire. How is that a solution?

This is all Trump’s fault. Everyone knows that ZeroCare worked great from the launch of the incredible website until January 20, 2017.

But Obamacare is the healthcare plan that the Republican Party is willing to destroy itself for to preserve.

Most telling words in this story = “ … given the failure of the federal government and Congress to correct regulatory flaws.”

So let me understand this. Congress passes legislation without any Republican votes, and that legislation is very unpopular with the mainstream American voter.

And then they blame the government and Congress for not correcting those regulatory flaws. Maybe, just maybe, they should blame the Øbama Administration and the Democrats for passing a flawed piece of legislation in the first place.

Anthem/Blue Cross recently pulled out of the Obamacare exchange in Santa Cruz County, which vies for the title of most progressive in the state. The exchange is operated by Covered California on a county by county basis.

We have both been self-employed for years and always had purchased affordable individual policies, that is until Covered California took over the private market. Then our rates went up and continue to do so. We have had our internist and a specialist stop accepting our existing insurance plan because of Covered California claim processing procedures and reimbursement rates. One would think it would be easy enough to find another plan which these doctors would accept, but noooo.

Under Covered California rules, individual plans can only be purchased during a year end open enrollment period. What kind of BS is that? Outside of the open enrollment there must be a triggering event. Losing your doctor is no such event.

These have to be some of the most inane rules ever.

Working as planned. Except so far the country isn’t screaming for single payer.

And the obama fraud has been exposed.

And the hillary clinton fraud has been exposed.

And the wasserman sschultz fraud has been exposed.

And the crazy pelosi fraud has been exposed.

And – oops – Donald Trump is president of the United States.

The only thing the left and obamacare has going for it is McConnell, Ryan, McCain and the rest of the GOPe scum helping them.

Schumer and Gillibrand own this mess. Let us make this 100% clear Democrats built this system. They own it. They lied to get it passed. The only change they are willing to make is to give it more money. Hang it around their necks.

Single Payer BOO BOO BOO… except that every other advanced western country has a single payer system that costs less than the US system (about 50% less) and has better health care outcomes. So to translate that into post-dogma language, we pay two-times what we should for outcomes that are worse. Would you pay 2xmore for a car that wasn’t up to standard. Would you pay 2x the price of real beer for watered down beer. Would you pay 2x the price of levi jeans for fake levi jeans. But of course single payer is a commie pinko socialist bad bad bad idea.

I’m not sure where you are getting your information, but it is only partially correct.

Foriegn single payer systems are less expensive than the current US system. However, the quality of care is substantially lower than in the US. The costs are kept down in tow ways. The first is price controls. The government, in most cases, sets the price of the care offered. The second thing is restrictions on care. This included both extended wait times for treatments and procedures as well as outright denial of certain treatments in certain cases.

I’m shocked, SHOCKED, that this happened!!! Obama care in a death spiral?? Say no, O!

4fun you are absolutely 100% correct!