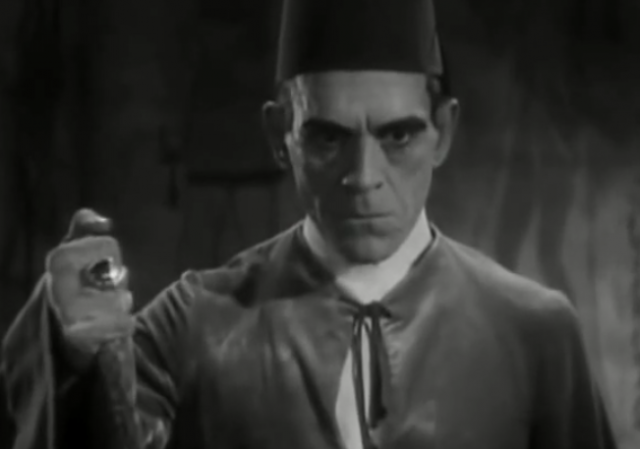 The forces of social justice self-righteousness have claimed another victim, as an ancient Egyptian-themed fraternity party was sacrificed on the altar of “cultural appropriation“.

The University of Michigan branch of Delta Sigma Phi recently deleted their Welcome Week party that was Ancient Egyptian themed due to backlash from the student body.

The party asked students to “honor our Egyptian roots and join us on the night of September 1st to celebrate our newly built pyramid” and “come to Delta Sig as a mummy, Cleopatra or King Tut it doesn’t matter to us.”

This latest episode in cultural terror started after the group posted its invitation in Facebook, and a social justice scold decided to gut their attempt at campus fun and camaraderie with the the usual blade used to suppress fraternity fun: The charge of racism.

It has come to my attention that the brothers at Delta Sigma Phi at the University of Michigan are throwing a party to “honor [their] Egyptian roots.” In the description, they urged those coming to show up as “a mummy, Cleopatra, or King Tut” and wear your “best ancient Egyptian robe and headdress to party in the desert”. As an Egyptian, and one that has respect for various cultures and civilizations, this party is extremely offensive and disrespectful. It is more saddening to see students from the top public university in the United States engaging in these ignorant stereotypes. My Egyptian roots are far more significant than a simple costume or a lame party. I take pride in the grandeur of my people’s legacy and will not allow my culture to be appropriated for your entertainment.

Although I’m not surprised and couldn’t expect more out of a white fraternity, the conversation still needs to be had. This ignorance and disrespect is not an isolated incident and it appears the white frats didn’t learn after Theta Xi’s “Hood Ratchet Thursday” party.

1) Ancient Egyptians are descended from Europeans and populations in the area that now makes up Turkey.

The first ever full-genome analysis of Ancient Egyptians shows they were more Turkish and European than African.

Scientists analysed ancient DNA from Egyptian mummies dating from 1400 BC to 400 AD and discovered they shared genes with people from the Mediterranean.

They found that ancient Egyptians were closely related to ancient populations in the Levant – now modern day Turkey, Syria, Jordan, Israel and Lebanon.

They were also genetically similar to Neolithic populations from the Anatolian Peninsula and Europe.

The groundbreaking study used recent advances in DNA sequencing techniques to undertake a closer examination of mummy genetics than ever before.

2) Ancient Egyptian mummy genomes show an influx of “Sub-Saharan African” genomes after the Roman period. Translation: The presence of “black” ancestors in the genetic record increases only after the end of the pharaonic period…which concludes only after the death of the famed Cleopatra.

In conclusion: “Afro-centric” race-baiters have culturally appropriated ancient Egypt from my ancestors. The science is settled! 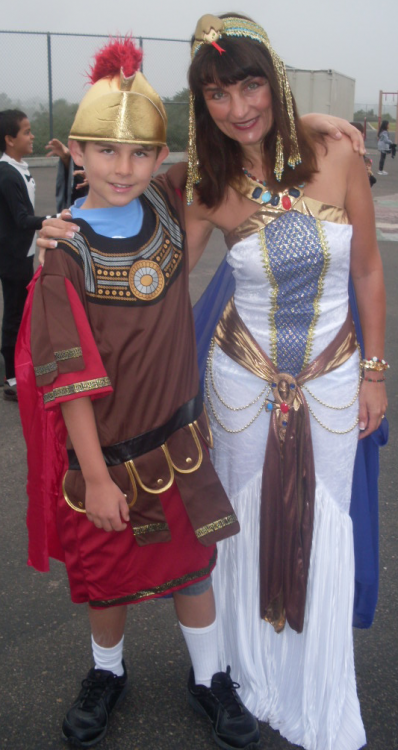 It is my greatest wish that Delta Sigma Phi reschedule their party. They can use the new data to show that they are not appropriating anybody’s culture. In fact, I give them my blessing to culturally appropriate my cultural heritage all they want.

Furthermore, if they do throw this party, I would like to send some money for beer. After all, ancient Egyptians invented beer.

And here is the song that they should start the dance with:

Yes, the Ptolemaic dynasty, which includes all seven historical Egyptian Cleopatras, was Macedonian. Ptolemy I was one of the Diadochi, Alexander the Great’s inner circle of generals who divided up his territories after his death. “Cleopatra” was the first name deciphered by Champollion on the Rosetta Stone, but she wasn’t the famous one who carried on with Julius Caesar. That was the Seventh, and last, who died shortly after the Battle of Actium, around 30 B.C.

Julius was the father of her son Cæsarion. Hardly a job he could delegate to his friend Marcus, who in any case came along slightly later. His and Cleopatra’s suicides followed their defeat at Actium by Octavian, one of Julius’s nephews (and adopted son).

Antony was the father of her three younger children, Cleopatra Selene, Alexander Helios, and Ptolemy Philadelphus. After their parents died, the children were raised by Antony’s ex-wife (and Octavian’s sister) Octavia Minor. Nothing is known of the boys, but Cleopatra Selene married King Juba II of Mauretania, a Roman ally.

Cleopatra had affairs with both Julius Caesar (including a son by him), and then after his death with Mark Antony.

It’s all Greek to me.

So where’s the “ignorant stereotype”? Mr Egyptian seems to be tossing around buzz phrases at random.

Maybe if they’d just stopped at Cleopatra he’d have had less to whine about. The Ptolemys were, of course, Greek. And a Greek theme is not particularly inappropriate at someplace called ΔΣΦ.

Of course it’d take a lot more than free beer to get me to dress up like any of the Cleopatras, but that’s just me.

Does this mean they won’t allow any showing of the Stoogies’ “We Want Our Mummy” (searching for King Rootin’ Tootin’) (with Curley) or “Mummies Dummies” (with Shemp)?

It is a sign of the time that facts are no longer required for people to accept a person’s statement of “fact”.
all that matters is “feelings”, nothing more than feelings.

Oh yes they are.

Maybe not with these suicidal fools, but they do matter with us.

“I…will not allow my culture to be appropriated for your entertainment.”

Who put this fool in charge of his culture? A culture may be part of someone’s heritage, but it does not “belong” to them exclusively. Haven’t these globalists heard of “world heritage”? Until very recently, nobody has ever claimed an exclusive right to their culture. Imagine what the world might be like if cultures prevented others from adopting from them, and adapting to their own use that which they had adopted. A good thing this sort of nonsense didn’t start a two or three thousand years ago.

Whenever I see these SJW morons spouting off about this cultural appropriation idea, I wish that the interviewer would ask them if they feel bad about appropriating the English language.

Our current ‘culture’ in one word: asinine.

notamemberofanyorganizedpolicital in reply to Daiwa. | August 26, 2017 at 3:41 pm

But they appropriated the Greek culture……

MadisonS in reply to notamemberofanyorganizedpolicital. | August 26, 2017 at 4:32 pm

… and Greeks appropriated Etruscan culture… and the beat goes on …

No. The ROMANS appropriated the Etruscan culture (which was smart).

I see that the Metropolitan Opera has The Magic Flute on this year’s schedule. Twice. Those need to be cancelled due to appropriation of Egyptian culture. Any further performances of Aida, too.

In fact, because Mozart is an appropriator, all the Mozart festivals have to go.

So does her imam know she celebrates the grandeur and religion of the pyramid builders? Or isn’t she among the 88% of the Egyptian population who prostrate themselves five times a day in the direction of a city in Saudi Arabia whence came the people who imposed their religion, their foreign-language holy book, and their imperial overlordship by fire and sword circa 640 AD. Generally speaking, when Islam appropriates your culture, you’re not allowed to keep much of it on the side.

“Cultural Appropriation”, “Hate Speech”, “White Privilege” are all weapons of the Left. Those weapons are only as strong as the Right allows them to be.

What’s with all these non-English people communicating in English? The ultimate in cultural appropriation! Get out!!

Funny, I was always told that imitation is the sincerest form of flattery. Guess not.