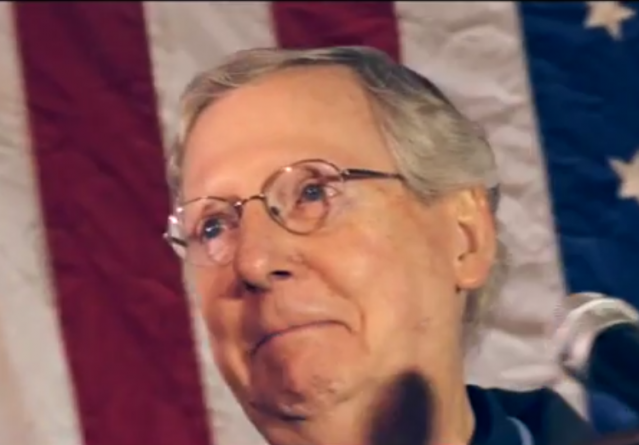 The healthcare reform cluster is trudging along.

After the latest debacle, the Senate is back to revising the Better Care Reconciliation Act (BCRA) and also considering a 2015 rendition of Obamacare repeal.

Which will the Senate vote on next week? No one is sure. And worse still, neither the BCRA nor repeal have enough votes to pass.

GOP leaders have signaled they will hold a vote early next week to start debate on a House bill, passed in May, that would partially repeal Obamacare.

But it is not clear if leadership will then strip out the House bill and replace it with a 2015 bill that guts Obamacare but leaves it in place for two years while Republicans craft a replacement or another bill that would partially repeal Obamacare and immediately replace it.

Sen. John Thune, R-S.D., a member of leadership, provided some clarity when asked whether the Senate will vote on repeal and delay or the replacement bill, which is called the Better Care Reconciliation Act.

It’s impossible to clearly determine whether either of the measures has the requisite support to open up debate when even the swing votes are unsure what they’re supposed to support.

When asked by reporters Wednesday night if she would vote on the motion to proceed to debate on the legislation, Sen. Lisa Murkowski, R-Alaska, responded with a question of her own.

“We don’t have a clear determination as to what it is we are voting for,” she said.

Sen. Susan Collins, R-Maine is also confused about where the Senate goes next.

Forgoing the fanfare this time around, the Senate Budget Committee published details of a working draft of the BCRA. The Committee cites revisions as follows:

After extensive consultations across the Senate Republican Conference, below are the primary revisions to the Better Care Reconciliation Act (BCRA) discussion draft:

An additional $70 billion is dedicated to encouraging state-based reforms, which could include help with driving down premiums through cost-sharing, Health Savings Accounts (HSA), and other innovative ideas to help pay for health care costs. This is in addition to the $112 billion in funding already in the original bill.

In order to ensure that more people have financial support to pay for health care costs, a provision has been included in the bill that would, for the first time, allow people to use their HSAs to pay for their premiums. This is a policy that both the Joint Committee on Taxation (JCT) and the Congressional Budget Office (CBO) say will increase health care coverage.

With the opioid crisis hitting Americans in every state, an additional $45 billion is dedicated for substance abuse treatment and recovery.

Anyone in the individual market would be allowed to purchase a lower-premium health insurance plan, including Americans with their federal tax credit assistance. These plans are higher deductible plans that cover three primary care visits a year and have federal protections that limit an individual’s out-of-pocket costs.

The new draft bill will not include any changes from current law to the net investment income tax, the additional Medicare Health Insurance (HI) Tax, or the remuneration tax on executive compensation for certain health insurance executives.

To allow for more accurate Disproportionate Share Hospital (DSH) related decisions and maximum benefit to states to assist in providing uncompensated care, the new discussion draft changes the DSH calculation from per Medicaid enrollee to per uninsured.

To improve management of vulnerable populations, states may apply for a waiver for the purpose of continuing and/or improving home and community-based services for aged, blind, and disabled populations.

If a public health emergency is declared, state medical assistance expenditures in a particular part of the state will not be counted toward the per capita caps or block grant allocations for the declared period of the emergency.

Expanded block grant option to allow states to also add expansion population under the block grant if they opt to do so.

Creates a fund for the purpose of making payments to specified health insurance issuers for the associated costs of covering high risk individuals enrolled in the qualified health plans on the Affordable Care Act’s Individual Exchange. In order to qualify for such funds, an issuer must offer sufficient minimum coverage on the Exchange that remains subject to Title 1 mandates. Offering such coverage would enable the issuer to also offer coverage off the Exchange that would be exempt from certain Title 1 mandates.

And the current draft of the bill is here:

Lots of strutting and fretting.

This is where a president could provide some clear leadership.

But THIS President has been all over the map…

Someone care to challenge that factually?

I’ve read the little list. It’s kind of a laugher.

But has T-rump been all over the ObamaDoggle map this week?

Yes or no, please? Then you can wax slobbering about how he’s brilliant and it’s this super-duper plan…

Have no fear. Collins, Murkowski and McCain will foil any attempts to make progress. Our best bet is to repeal and replace every single incumbent senator and representative, with a very few exceptions. Maybe then we can get a straight repeal vote.

If McCain’s a vote against, now’s the time to push it.

If he ever votes again.

Hopefully, he’ll soon be gone from the Senate.

I guess you don’t understand that a vote against and a non-vote by a repugnican affect the result in exactly the same way in the Senate. The repugs need to get to 50 + Pence.

that’s the GOP-e for ya!

always polishing their turd, and wondering why no one wants it…

these RINO’s need to all go.

According to what I heard on CSPAN 2 (Chris Murphy’s remarks) they’re putting in specific state payoffs (to Alaska, Louisiana and Florida he said) to get this passed.

Same as happened with Obamacare.

I had hoped we’d be working from the repeal-and-delay platform.

Just pass something so we can all know what’s in it! There is precedence. First though, buy off the hold outs…Corn Husker kick back anyone?