One budget bill won’t fix everything. 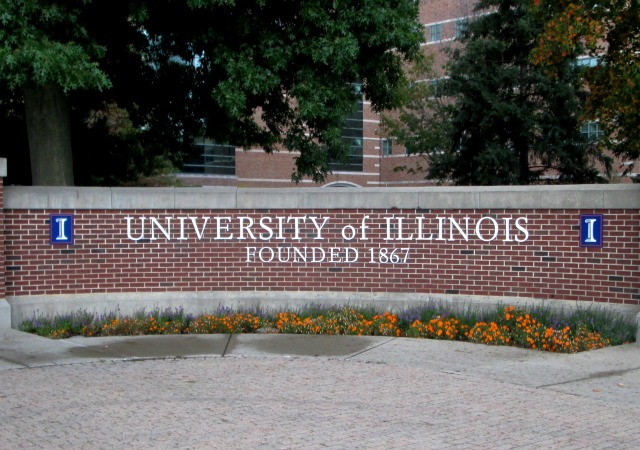 People rejoiced when the Illinois legislature passed a budget bill mainly aimed at education. I blogged about eduction funding for grades K-12 earlier this month. Public universities have their own problems.

“You don’t get one year’s funding and have people say, ‘Oh, Illinois is totally fixed now,’ ” said Rachel Lindsey, interim president of Chicago State University. “I don’t think it would be in our best interest to think of ourselves as out of the woods just yet.”

The new budget gives public universities about $1.1 billion for 2017-18, according to Illinois Board of Higher Education figures. That’s about 10 percent less than what those schools received in 2015, but still more than some college leaders were expecting.

The budget “will provide the certainty higher education leaders and supporters have been calling for to start moving Illinois forward again,” the education board’s chairman, Tom Cross, wrote in a memo this week. “All sectors of the state’s higher education system will benefit.”

That does little to comfort those in charge at universities who basically received no money during the 2015-2016 fiscal year. The Tribune continued:

The University of Illinois, for example, will have to go forward with a $467 million hole in its operations.

“We are still advocating for the restoration for the (fiscal year) 2016 budget,” U. of I. President Tim Killeen said at a board meeting Thursday. “Obviously the chances of that happening are diminishing over time.”

And at Southern Illinois University in Carbondale, finances became so dire that the administration lent the campus dollars from the Edwardsville site to keep it running. President Randy Dunn said that kind of intra-system borrowing is no longer needed but Carbondale must continue with its plan to cut $19 million, which officials said includes eliminating dozens of staff and faculty.

Even with the additional money from Springfield, the university is in the hole for $37.8 million for 2017.

Credit agencies downgraded the state of Illinois, but they also downgraded almost all of the universities within the state. Some even received the “junk” status, thus making borrowing almost a thing of the past.

If universities cannot show “financial health or provide quality academics” then the Higher Learning Commission warned that sanctions could come next.

It also doesn’t help that the schools have lost students to other midwest universities. But the schools may have a glimmer of hope in that department since the budget included a 10% raise for Monetary Award Programs (MAP):

On Thursday, Illinois Comptroller Susana Mendoza released $327 million to pay 2016-17 MAP grants, according to a statement from her office. Another $36 million for MAP is going to community colleges.

Students at University of Illinois-Springfield felt relief at that news. From FOX Illinois:

“Affordability is always an issue,” UIS Chancellor Susan Koch said. “Every year we have students who struggle paying for college.”

Roughly 800 students at UIS rely on map grants; that’s about $2.5 million each academic year. That’s a hefty burden shouldered by UIS when that funding was eliminated due to budget uncertainty despite being owed millions of dollars by the state.

“We fronted the MAP money for several years to make sure that regardless of what the state does, our students will be able to attend school,” Chancellor Koch said.

Other colleges took that step to front MAP money to make sure these students had the opportunity to stay in school. The University of Illinois at Chicago managed to cover $32 million last school year. Eastern Illinois University also fronted MAP money, but “it deferred maintenance and laid off hundreds of staffers.”

Along with “for the children”, “education” is a key word to get more funding yet we read that despite more “A’s”, students have lower SAT scores. Comparing the number of “A’s” earned in colleges in the 1940’s to today…. more today than before which speaks to inflation rather than achievement. Considering how poorly prepared more entering college freshman (ok to say that?) are… many of us older types would have loved classes now as we could have really benefited from the grading on a curve! Just need to avoid SJW stuff or really fake it…

Sorry, but it’s hard to get worked up over what is essentially taxpayer funding of Marxist indoctrination centers.

Guess what, snowflakes? Your corrupt Democratic Speaker of the House in Illinois Michael Madigan; You see ole Mike has made sure your In-State tuition is about to go up by an amount necessary to cover the funding gaps. It’s increased tuition, room and board for all students or your football team better win the Rose Bowl, and we all kno that isn’t going to happen.