It will be epic. 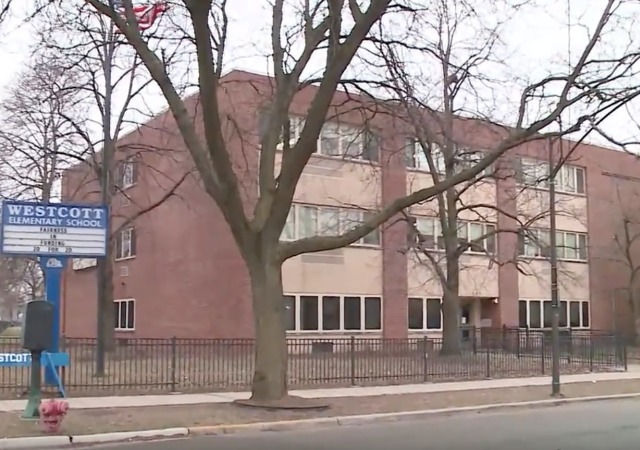 Last week, the left in Illinois celebrated when the Senate and House overturned Republican Governor Bruce Rauner’s veto of the massive income tax hike and budget bill that concentrated on education. This is the first time in three years the cash-strapped state has a budget.

Now Rauner and the Democrats will head back to the table to discuss education funding. The bill that passed the House and Senate already has faced criticism that it favors Chicago schools (shocking, right?) over others.

Writing this piece gave me a headache because Illinois education funding is so much more confusing than the budget/tax hike ordeal. So, to get us started, here’s some background on Illinois’s education from WTTW:

Illinois currently employs the least equitable education funding system in the country, coming in last place among all states in the amount of state funding contributed to its public schools. And because education funding is built primarily on local property taxes, it also sports the nation’s largest gap between its wealthy and poor school districts.

Back in 1995, the Illinois legislature passed a law that provided Chicago Public Schools (CPS) “a certain percentage of state funds from block grants funding programs such as special education.” It also has a section that stated the state would help CPS with pension payments.

Enrollment has dropped in CPS schools, but no one has adjusted the funds out of CPS to other school districts. This means CPS is “getting more state funding per pupil than their counterparts elsewhere in the state.”

Simply put, SB1 seeks to raise each one of Illinois’ 860-plus school districts to individual adequacy targets – or the amount of money needed to properly educate every student – through increased funding from the state.

It begins by taking into account a district’s local funding capacity and the amount of funding it already receives from the state as a baseline and adds from there over time.

Those targets are calculated by taking into account a given district’s “essential elements” – such as the costs for professional development, class size ratios, technology and about two dozen other items – and their cost of implementation based on demographic differences, along with staff salaries based on regional variation.

“What this does, is it literally generates the resources you need to educate the population you serve,” Center for Tax and Budget Accountability Executive Director Ralph Martire said. “No other funding formula does that.”

Any new state contributions would go first to districts that are furthest from their adequacy targets and SB1 promises that no school district will see a decrease in funding. It ranks districts on a four-tier scale and uses current funding amounts as a baseline starting point before adding new state dollars to those levels going forward.

An analysis of the bill from the education advocacy organization Advance Illinois – which supports the bill – says 85 percent of all money in SB1 will go to districts comprised primarily of low-income students.

Those new dollars would be phased in over the next decade.

Critics claim SB1 favors CPS and offers the district a bailout. Illinois Policy pointed out that “CPS is partially exempt from the” formula inside Senate Bill 1. It would also require “the state to give the district $215 million a year for CPS’s annual pension and health care costs.”

CPS would also enjoy the bill’s “hold harmless” provision, which “ensures that a district cannot receive less state aid funds than it did the previous year.”

NBC 5 reported that sources told them “that the governor may opt not to veto” all of Senate Bill 1, “but may choose to use an amendatory veto on provisions involving a pension fix for the city of Chicago.” Rauner has said that “CPS already gets a greater share of state education grant money than other districts, courtesy of a 1995 law” and “that CPS skipped or skimped on payments into its teacher pension fund for 13 years.”

Reality? It Comes Down to PENSIONS!

Rauner said CPS should have put money aside for pensions while Chicago Mayor Rahm Emanuel said the state hasn’t provided the funds towards those pensions as stated in that 1995 law.

The Chicago Tribune stressed that within the 1995 law is only “a pledge – but not a requirement – of how much money the state would provide for Chicago teacher pensions.” The law also gave then-Mayor Richard Daley and CPS officials “great leeway in spending the district’s money, including the ability to skip pension payments.”

State funding has fallen short because as we all know Illinois officials CANNOT STOP SPENDING. The Teachers’ Retirement System only has 40% of the funds it needs “to cover future retiree benefits.” The Tribune continued:

From 2011 to 2013, lawmakers once again allowed the district to skip major portions of its pension payments. By 2013, the city teacher pension fund had less than 50 percent of the money needed to cover future retiree benefits.

Borrowing and spending by both Daley and Emanuel have caused problems:

Under both Daley and Emanuel, CPS also borrowed money for school construction and day-to-day operations, increasing its debt. The pension shortfall and heavy debt load are the primary causes of CPS’ current precarious financial condition.

Those practices, coupled with a lack of adequate spending cuts and the state’s failure to live up to what it pledged for CPS pensions, “put the district in great peril,” said Laurence Msall, president of the Civic Federation government budget watchdog group.

Therefore, Republicans around the state don’t think other schools should have to suffer because Chicago messed up:

“When people tell these stories about how the General Assembly didn’t keep their (pension) promise — which I agree is a bad thing … they’re also not looking at the local responsibility,” said Beth Purvis, Rauner’s point person on education.

“While other districts around the state were taxing their population to pay for schools, Chicago Public Schools was choosing not to do that and not to pay the $250 million” in extra state grant money into its pension system, Purvis said.

After this tax increase, I wonder if people will flee Illinois? Maybe businesses too?

Along about now we’ll be treated to ads from whiny teachers bellyaching about how their pensions are underfunded, and it’s not their fault so why should they take a hit in their pensions. To that I say:

Well, neither is it the taxpayers’ fault that your pensions are underfunded – God knows you steal enough money from us every time we turn around – yet you always want to stick it to us yet again. You’re B&Ming about how you were promised the pension, etc. Do you have any idea how many people DON’T have a pension, NEVER had a pension, WILL NEVER get a pension? You whine about how it’s “for the children,” yet when I look at the budget for the local public schools, guess what? Full of top-heavy bloat with six-digit salaries for useless admins who got a Ed. D. (big whoop! Everyone knows that Ed. degrees are a pathetic joke) – seems to me you could start slashing the budget right there and put that money towards your precious pensions. And if you really want to whine to the appropriate parties, whine to the politicians – they’re the ones who raided the pension piggybank, not the us. Take up your beef with them, and leave the rest of us taxpayers (who are trying by hook or by crook to leave this joke of a state, and when the taxpayer base dries up, what do you think will happen to your precious pensions then? Ever hear of “killing the goose that laid the golden eggs”?), the hell alone.

The way I see Chicago’s problems may seem strange, but I think they need to devote more classroom and range time to both pistol and rifle shooting. Their kill/wound ratio is terrible and won’t improve until somebody steps up and teaches those innocent young men proper sight picture and sight alignment. They could probably fund the change by dropping the math department. Math is so hard and few magazines more than 30 rounds. That’s just your fingers and toes plus some more.

The most expensive education system on the planet. Obviously, they need to increase redistributive change in order to increase funding that will sustain and progress the status quo.

Illinois is second (and one of only 3) States to lose population. It is going for first. Chicago is the fastest shrinking city in America.

Chicago will be the early 21st century Detroit, unless Baltimore elbows past to claim first “prize”.

noticed no mention of the lottery proceeds in there.

“Lottery Proceeds” should be what any pension payouts should be called from now on.

What about them? They’re proceeding as normal, now that there’s an appropriation so they can continue to pay the winners. Why would you expect them to be mentioned?

Let’s see. Illinois is in financial trouble, so they are increasing their spending. The state is losing population, so they are significantly increasing income taxes. Could there be some relationship between ever higher taxes and people leaving the state? Could there be a surprise when increasing already high taxes results in little increase in revenue or even lower revenue as more people flee? Duh. Beam me up Scotty, there is no intelligent life in the Illinois legislature. State bankruptcy looms and they spend more. Then they will ask the rest of us to bail them out on the federal level. No thanks.

They keep spending the most money educating the least educable. And the damn courts won’t let them stop.