Will the House Vote to Repeal Dodd-Frank?

Will the House Vote to Repeal Dodd-Frank?

They will vote on the Financial CHOICE Act on Tuesday. 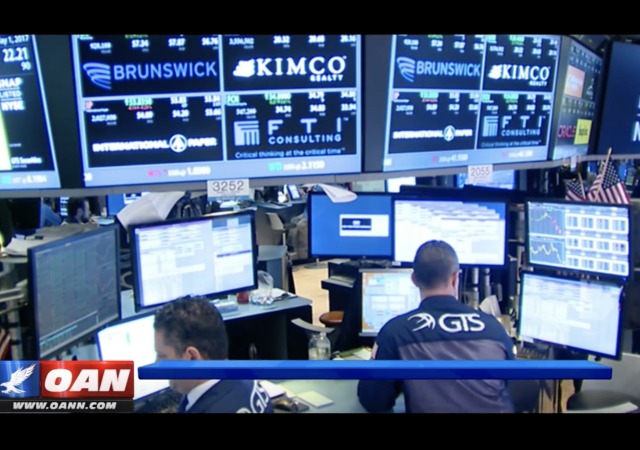 The House of Representatives will vote on the Financial CHOICE Act this week, which will repeal a lot of the Dodd-Frank Reform Act. The Hill reported:

The CHOICE Act is an effort to undo much of Dodd-Frank, a law long panned by Republicans as a burden on the U.S. economy and businesses. The bill, sponsored by House Financial Services Committee Chairman Jeb Hensarling (R-Texas), passed that panel earlier this month with unanimous Republican support and unified Democratic opposition.

Hensarling’s bill would allow banks to opt out of Dodd-Frank if they hold enough cash, and it would limit federal stress tests of major banks to every two years. The bill would remove the power through which the federal government can label a bank “too big to fail,” and take it apart before a collapse.

The bill will more than likely pass along party lines. All Democrats in the House will probably oppose it. Speaker Paul Ryan (R-WI) praised the bill:

“This is a jobs bill for Main Street. It will rein in the overreach of Dodd-Frank that has allowed the big banks to get bigger while small businesses have been unable to get the loans they need to succeed,” Speaker of the House Paul Ryan said in a statement. “With the Financial CHOICE Act, the era of taxpayer-funded bailouts and too big to fail is over.”

Dodd-Frank wanted to stop big banks from growing, but it has done the opposite according to The Daily Caller:

Prior to Dodd-Frank, some 75 percent of banks offered free-checking. That figure fell to 39 percent just two years after Dodd-Frank came into effect. Consumers are paying more and getting less because of Dodd-Frank. Low-income consumers suffer the most, according to research by the International Center for Law and Economics.

Despite easy passage through the House, the bill may not make it through the Senate. The Hill reported that the senators “on the Banking Committee have shown more interest in a smaller bill focused on community bank relief than the House’s sweeping changes.”

Treasury Secretary Steven Mnuchin has not endorsed the bill, but the department will “release its first report reviewing major portions of Dodd-Frank by Friday.” The Hill reported:

Mnuchin and the department will also release its findings on the orderly liquidation authority (OLA), which is in Dodd-Frank. This process allows the government to “help SIFI-designated institutions sell off their assets without triggering an economic crisis.”

Republicans have blasted this part of Dodd-Frank, which they called a “bailout” and voiced an opinion “replace it with a new bankruptcy process.”

Without a restoration of the main elements of Glass-Steagall, a simple repeal of Dodd-Frank actually makes things worse. I don’t know what is in the repeal bill (we always have to pass these bills to find out what is in them), but my bet is that it is far from being Main Street friendly.

Yes, yes, yes! I got aroused by this bit of repeal erotica, but then not so much upon reading this sentence: “Despite easy passage through the House, the bill may not make it through the Senate.”

A good start. While they are at it, the repeal of Sarbannes-Oxley would not hurt my feeelings. A business killing law, if there ever was one.

So the House has given up on repealing Obamacare, then, and moved on to helping out their buddies on Wall St.?

Will the House? Of course!

Will the Senate? Of course not!

The Democrats will – once again – yank Mitch’s chain and bring him to heel while the House GOP jumps-around like kids at their birthday party trying to make us think they’ve actually accomplished something.

What about CFPB? That monstrosity needs to be removed from existence!

When is this insanity of the GOPe’s usurping the election going to end?

When will enough of us had enough?