RE: “document preservation obligations with respect to documents that are relevant or potentially relevant to this litigation” 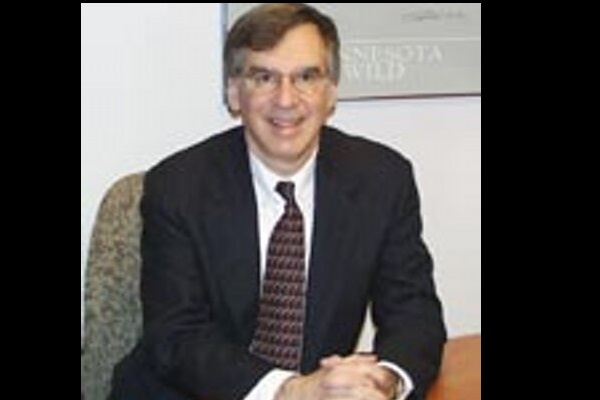 Que Twilight Zone theme.  Scott Johnson of the conservative blog Powerline has been served a draft subpoena ordering that he preserve records of items he noted in his blog posts.

These are strange days. I seem to have been caught up in the so-called “travel ban” litigation challenging President Trump’s executive orders “Protecting the nation from foreign terrorist entry into the United States.” Yesterday I was served with a letter and draft subpoena from one Tana Lin of the Keller Rohrback law firm’s Seattle office alerting me to my “document preservation obligations with respect to documents that are relevant or potentially relevant to this litigation.” Lin represents plaintiffs in Doe v. Trump, venued in the federal district court for the Western District of Washington.

Although this action has been stayed pending a ruling from the Ninth Circuit in the parallel Hawaii v Trump “travel ban” case, Judge Robart has authorized Lin to notify me of her lawsuit and seek my confirmation by June 15 that I will preserve potentially relevant documents until such time as she sends me a formal subpoena or the lawsuit is formally resolved.

The documents Lin wants preserved are Johnson’s notes on a Trump speech.

Leafing through the draft subpoena to ascertain what documents I could possibly have that would be relevant to the stayed “travel ban” lawsuit, I find this (capitalization in the original indicating defined terms):

1. All Documents and Communications Concerning President Donald Trump’s comments about Muslims, Christians or refugees during the April 24, 2017 reception for media at the White House which you and/or your colleagues attended. This request includes but is not limited to contemporaneous notes or recordings you made or taken [sic] of the event.

2. The notebook referenced in one of Your blog post entries regarding the April 24, 2017 reception in which You state, “Although there was some degree of difficulty writing while standing, I took notes on the questions and Trump’s answers in my new notebook from CVS.”

3. Documents reflecting Your Document retention policies or procedures in effect from January 1, 2017 through the present.

The April 24, 2017 media reception in question was for right-leaning media, including online media such as Breitbart and Powerline, those excluded from Obama’s similar media confabs that included leftist sites like HuffPo and Mother Jones.

It’s not clear how much—if any—of the April 24th meeting between conservative media and the President was originally intended to be off-the-record, but after the president spoke, Johnson reports that the meeting was declared on-the-record.

In his initial report of the event, Johnson doesn’t mention the “travel ban,” so it either didn’t come up, or if it did, nothing new and noteworthy was shared.

Is this intended as harassment? I don’t think there as any doubt Judge Robart would issue a permanent injunction if he could. But the case is virtually nugatory due to the new executive order.

Very odd. What a media reception coming well after the issuance of the executive order in question might possibly have to do with anything is known only to left-wing litigants.

Extending the life of the lawsuit—discovery?

She is obviously looking for evidence of Trump’s off the record comments about the ban. Anything that could be twisted to show that Trump really acted because he hates Muslims.

Translation: Tana Lin is hungry for a nothing burger.

Aren’t you now glad that you weren’t invited Professor? Maybe you are being spared for bigger and more important things!

I was referring to this:

“The April 24, 2017 media reception in question was for right-leaning media, including online media such as Breitbart and Powerline,…”

I recall the professor whining about not being invited.

The prof does not whine.

Luckily, the professor has a sense of humor. He even ran a series of “I’m So-o-o-o Tired” posts several years ago that were pretty funny for being whiney.

I’ll have to be more careful commenting on your threads from now on. And thanks for the thumbs down. Geez. Lighten up.

I iterate, the prof does not whine.

And FYI, authors cannot up or down vote comments; even if we could, your silly and mean-spirited comments stand on their own. I feel zero compunction to “vote” on your comments’ worthiness or, as in this case, lack there of.

Weird indeed. Can a mere lawyer force one to preserve whatever said lawyer is pretending might be evidence, or is that power reserved for a court?

In general terms, yes, an attorney can issue a notice that someone retain material. They are considered an “Officer of the Court” that gives them authority the rest of us don’t have. IANAL but have done trial prep work for some. Think of it as requiring the local “Stop & Rob” to retain the video record of a particular date that may contain some event that relates to a case. That keeps them from recording over it at a later date, while actual legal activity about admissibility, etc, take place. I have no experience with what happens if the person disregards the notice.

When is Ron Coleman going to be subpoenaed? Doesn’t he look like a man hiding something? That “I know something YOU don’t know!” look while rolling his eyes? Something is going on with that guy and we need to find out what.

what if it was already tossed?
and the notes would have been a lot less detailed than the actual blog post.
also, can a journalist (or anyone really) be forced to turn over a private notebook that would contain more than just the notes in question?

also this shows they are really data mining right leaning sites for anything they can can use.
so tal in code.
from now on when speaking of a muslim ban we should say “the rule that allows us to import wonderful loving peaceful peoples”

notamemberofanyorganizedpolicital in reply to dmacleo. | June 12, 2017 at 2:29 pm

Some quick reading on the litigation hold.

It’s not a big deal, really: just hang on to what you have now. Now lawyer can force discovery – only a court can.

Perhaps all political debates and rallies should be under oath, but since they aren’t and politicians are know to lie, I find it hard to believe that any of that stuff is admissible in court.

Agree. I think it would be hearsay – but I’m not a lawyer.