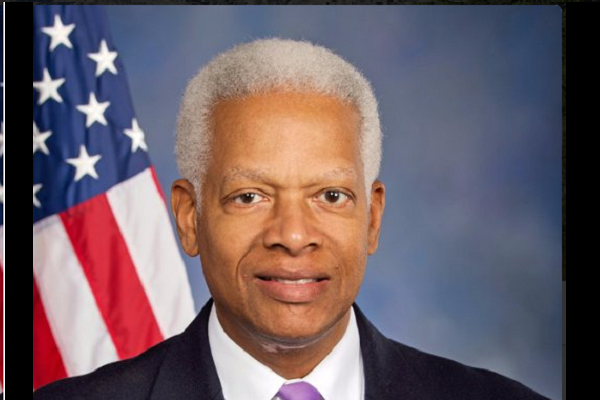 Representative Hank Johnson has had an ethics complaint filed against him for using his position in Congress to assist Jon Ossoff (D-GA), Johnson’s former aide, in his bid to win Georgia’s 6th district special election.

The complaint filed by the Foundation for Accountability and Civic Trust (FACT) alleges that Johnson used his tax payer-funded House website for political purposes in support of Ossoff’s campaign.

The conservative-leaning Foundation for Accountability and Civic Trust, or FACT, said it plans to file an ethics complaint against the Lithonia Democrat with the Office of Congressional Ethics Monday.

The group wants the independent ethics office to investigate Johnson for potentially running aground of a House ethics rule that bars lawmakers from using their taxpayer-funded office for partisan campaign activities.

Specifically, FACT alleges that Johnson was using his official website to campaign for Ossoff, his former aide who is now facing off against Republican Karen Handel in the runoff to replace health Secretary Tom Price in the House of Representatives.

The group points to links to recent Atlanta Journal-Constitution stories about Ossoff and 6th District voting that were recently featured on Johnson’s official website. The links were removed over the weekend, shortly after the AJC requested comment for this story.

House ethics rules are clear on this matter.

The House Ethics Manual states a lawmaker’s official website “may not include personal, political or campaign information.”

“Representative Johnson has simply disregarded the rule and is blatantly using his official website for partisan purposes and campaign related activity,” FACT Executive Director Matthew Whitaker wrote to the Office of Congressional Ethics in a letter that will be sent today. “Not only is it troubling that Johnson has breached a basic rule that ensures the public’s confidence that our House Members are working for the citizens and not for their own personal political gain, but he has misused taxpayer funded resources.”

Today, the Foundation for Accountability and Civic Trust filed a complaint with the Office of Congressional Ethics against U.S. Representative Hank Johnson (D-GA) for improperly using taxpayer funded resources to campaign for Jon Ossoff, his former aide.

According to the complaint, Congressman Johnson used his official House website to promote Ossoff’s Congressional bid to replace U.S. Health and Human Services Secretary, Tom Price, in the House of Representatives. Recent Atlanta Journal-Constitution stories about Ossoff and 6th District voting were recently featured on Johnson’s official website, a clear violation of House rules. According to the House Ethics Manual, a lawmaker’s official website “may not include personal, political or campaign information.”

After being contacted by the Atlanta Journal Constitution about this issue, Congressman Johnson’s office deleted the offending material.

“Congressman Johnson has not only violated a very clear and basic rule against using taxpayer dollars for political purposes, even worse he tried to get away with it, ”said Matthew Whitaker, Executive Director of FACT. “These are the kinds of actions that erode public trust in government officials and institutions, and that is why FACT will not back down from holding this type of egregious behavior accountable.”

FACT requested the House Ethics Board investigate this matter as both Federal law and House Ethics Rules prohibit House Members from using House resources, including congressional office space, congressional websites, and congressional staff time, for campaigning or any other political purpose.

Maybe Ossoff can keep Guam from tipping over and capsizing.

I dunno, he was Johnson’s aide. Are you sure it wasn’t Ossoff that told Johnson that Guam was in danger of tipping over?

I’ve been to Guam and the B-52’s were spread out all over the place. I’m guessing that was to keep the island from tipping.

Guys, I really think this is just the tip of the Ice Berg, which, unlike Guam, is firmly planted against the sea floor and can’t tip over.

Don’t let Hank Johnson in on that. It’ll be our little secret.

Unfortunately for them, they chose a stretch of beach right outside the picture window of the restaurant where just about every officer in CTF-70 were throwing their “victory” party. Pretty soon somebody noticed. Then everyone noticed and a cheering, laughing crowd gathered at the window. They were, naturally, almost as well lubricated as the participants.

Of course the Ensign and Petty Officer were booted from the Navy. The Marine not only was court martialed but the Commandant of the Marine Corps had him flown back to D.C. so he could personally tear the railroad tracks off his uniform.

So, thank God I’ve never been to Guam. It would have ended my career.

Shocked. You sure his guardian didn’t purloin the sums? He is a bit slow.

Hank Johnson(D-GA) and Jon Ossoff (D), will both get a pass because they are democrats and entitled.

Hank is Black and there is that, and in Georgia?

Dang, you got to do better than that!

Ooooh. His wrist is going to be SO sore after the slapping he gets.

Hank will bet a pass because nobody wants to hear him testify.

Hee! I hadn’t seen that one. Thanks for sharing it. 🙂

Why bother? The GOP won’t get anywhere with it. They always cave. Allegations never stick to Liberals. Hell, even evidence doesn’t stick.

He can beat the rap by pleading ignorance, not ignorance of the law but near total ignorance of any law or even of the physical world. Having no intent or wits about him he could not be aware and held responsible. He should be removed from office because he can harm others by his inanity.