Is Dietary Science the Most “Unsettled Science” of All?

Is Dietary Science the Most “Unsettled Science” of All? 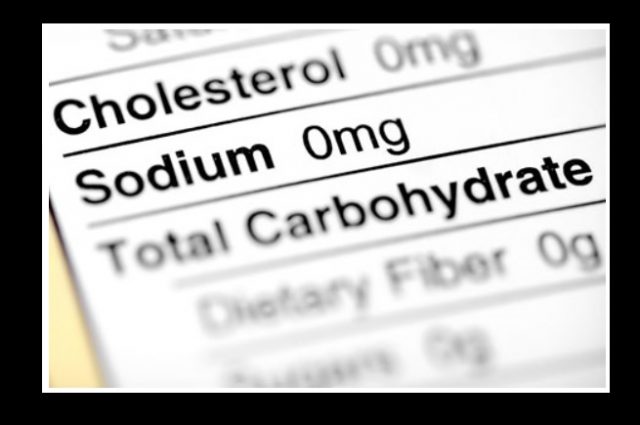 In honor of the recent “March for Science“, I have decided to review a scientific assertion that is completely settled.

Salt is bad for you because it raises blood pressure. A sample of this consensus is on the website for the Centers for Disease Control and Prevention, focused on salt safety:

Most Americans Should Consume Less Sodium

Most of the sodium we consume is in the form of salt, and the vast majority of sodium we consume is in processed and restaurant foods. Your body needs a small amount of sodium to work properly, but too much sodium is bad for your health. Excess sodium can increase your blood pressure and your risk for a heart disease and stroke. Together, heart disease and stroke kill more Americans each year than any other cause.

…CDC is working at the national, state, and local levels to help reduce sodium in the food supply. CDC’s approach to sodium reduction includes supporting and evaluating ongoing initiatives to reduce sodium, providing technical assistance to the public health community, expanding the scientific literature related to sodium reduction, collaborating with stakeholders, and educating the public.

While our government is busy regulating food manufacturers and creating dietary alarm among consumers that the salt they enjoy will kill them by raising blood pressure and causing cardiovascular disease, new research indicates something quite different.

So different, it is completely opposite! From The San Diego Union Tribune:

In another blow against decades of accepted medical wisdom, one of the most prestigious, long-running studies reports that lowering sodium intake doesn’t reduce blood pressure.

The study also implies that most Americans are consuming a perfectly healthy amount of salt, the main source of sodium. But those who are salt-sensitive, about 20 to 25 percent of the population, still need to restrict salt intake.

Surely, the researchers behind this must be salt harm deniers:

…The study is an offshoot of the groundbreaking Framingham Heart Study. Both are projects of the National Heart Lung and Blood Institute and Boston University.

The new report was delivered in Chicago during the Experimental Biology meeting by Lynn L. Moore, an associate professor of medicine at Boston University School of Medicine.

The report directly contradicts advice from the American Heart Association, which recommends consuming less than 1,500 milligrams of sodium a day to reduce blood pressure and risk of heart disease.

I have covered the continued revisions of consensus in dietary science extensively for Legal Insurrection:

Time and time again, the “experts” have had to walk back theories built upon politicized science, government agendas, and regulatory intervention. Meanwhile, thousands of doctors have made good-faith recommendations that may have hurt the patients they were suppose to heal, and millions of Americans have made diet choices that may have actually done far more harm than good.

Dietary science appears to be as stable as food fads that make their way into the culture (gluten-free being the latest craze). While this this may be the most unsettled science of all, the example of consensus science built around salt demonstrates how fallacious this approach to sound research and its application to our lives actually is.

RE: Most of the sodium we consume is in the form of salt…

Have you never tried a good quality soy sauce? A lot of flavor to go along with that sodium.

I suggest San-J Tamari for every day meals and a Pearl River Bridge dark for special recipes.

Was at a conference last week. They served “gluten-free bacon”. There is a gluten-rich bacon? Where can I buy it?

Most often, bacon which has no added nitrates or nitrites is also gluten free. It will say so on the label. Look for “natural” or “uncured” bacon; it’s likely gluten free. I buy it for my celiac daughter, but also because there is some evidence all those added nitrates may be carcinogenic.

I am old enough to recall the hexachorophene panic. Our local Texaco advertised Texaco Sky Chief gasoline on their reader board, and said it contained no hexachlorophene. Another time the same reader board said their gas had no cyclamates.

It’s not that almost all bacon by itself isn’t gluten free. It’s that some companies have processes that eliminate the possibility of cross-contamination. Some celiac’s are so sensitive that even trace amounts can cause a serious emergency.

Generally speaking, I have found if the government funded “nutritionists” say it is bad, then it is good, and vice versa.

notamemberofanyorganizedpolicital in reply to Barry. | April 26, 2017 at 1:11 pm

It has been known for decades and decades that the “regulated industries” always end up “owning” any government regulatory agency set up over them.

Imo the FDA has been “weaponized” against the citizens’ best interests.

Unsettled by certainly no Undecided.

People who make dietary recommendations do so with
“all the confidence of a Christian holding four aces.”

I long for the day when our whole milk is truly whole again!

The keto diet, which is high protein, moderate fat, lots of vegetables, plenty of electrolytes, and low-to-no carbs, works far better for me that the high-carb diet the government promoted for so long.

Also, I thrive on much more salt than they said I need.

I told my dad about this, and he said that, at one time (Korean war and after), there were dispensers with salt tablets available on every military base, and people were encouraged to take salt and a lot of water.

So, yes, enjoy the bacon.

notamemberofanyorganizedpolicital in reply to Valerie. | April 26, 2017 at 1:23 pm

Have you seen these?

I Quit Sugar: Your Complete 8-Week Detox Program and Cookbook

and people were encouraged to take salt and a lot of water.

Only if they’ve been working. And sweating. We basically sweat seawater, and need to replace the salt.

Time and time again, the “experts” have had to walk back theories built upon politicized science, government agendas, and regulatory intervention.

If only that were true for the drama llama known as “climate change”.

You have to take all of these revelations with a grain of salt.

All well and good for those who don’t have salt sensitivity fluid retention due to less than optimal heart and kidney function.

What has become clear is the futility of blanket dietary advice. Due to Individual differences trying to say “Do X, X is good for you” is never going to provide the universal panacea they want it to.

But this ends the budget for the government department of one-size-fits-all-answers.

90% of all dietary research is utter crap. Stay on the safe side. Eat nothing but meat.

The evolution of human life is highly controversial. Some people believe it begins at conception, while others believe in the fantasy of spontaneous conception (e.g. viability).

Climate science is mostly unsettled with temperature swings of 10, 20, 30 degrees or more in a matter of miles and minutes, with unpredictable recurring and sustainable past, future, and present progressions.

From banning butter and other dietary fat to vilifying red meat while glorifying carbs and whole grains, the nutrition industry has been pushing their agenda for far too long. Just about everything we’ve been told is a bogeyman is actually perfectly fine to eat.

We need to go back to Grandmother’s (or Great-Grandmother’s) cookbook, and ignore the alphabet agencies with their BS advice.

What you quote says:

this is well known.

But where do you get tha increasing salt, actually lowers blood pressure?

Moreover, the lowest blood pressure was recorded by those who consumed 4,000 milligrams or more a day — amounts considered dangerously high by medical authorities such as the American Heart Association.”

Yes, but what makes you suppose that the salt was responsible for their low blood pressure? That doesn’t follow at all.

BTW the link to “Weighing-In on the Trans-Fat Ban” is broken/incorrectly formatted.

And you think YOU have problems.

The hospital I go to—and far too often, I might add—is the biggie in Framingham.

I go there to, among other things, have people cluck over my high blood pressure.

Breathing air is the leading cause of death. Look how many have died throughout history!!!

This is not even to mention the prodigious consumption of dihyrogen monoxide! Some people even drink the stuff, and make coffee with it for heaven sake.

And those who die, invariably perish.

Sorry. Didn’t see your entry before I wrote mine.

Salt is supposedly one of the triggers that lets the body know when it has consumed sufficient amount of food during the meal.

I think this is all propaganda denial from those Himalayan mine workers’ unions we’ll call big salt!

I have always consumed a large amount of salt and over the years, my blood pressure continues to be low. Go figure

Dear reader, we know there’s a huge demand for the latest information and research on nutrition, but the truth is that by the mid-1940s, scientists had identified just about all the of necessary vitamins and nutrients your body needs, and while we could recap that research one more time, your knowledge of biology and organic chemistry is really too limited to understand it. Sorry about that.

How is this new? I recall reading pretty much the same information about 15-20 years ago.

I discovered a great book a few years ago called “Why We Get Fat” by Gary Taubes the lays out the case of why the American Medical Assco. has gotten dietary rules so wrong for so long. Do you remember the old dietary food pyramid? It turns out to be completely false and made up by just a few doctors. He goes into great detail of how after WWII we ignored all of the great research done by German scientists and instead went with a handful of doctors with no research at all, just their opinion. He tells about cholesterol and how it was misused. It is a fascinating insight into how we have been duped for so many years.