How the Sugar Industry Poisoned Food Science Against Fat

How the Sugar Industry Poisoned Food Science Against Fat 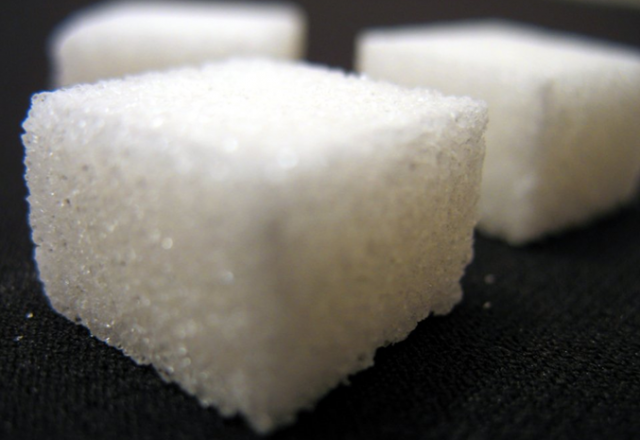 Few sciences have been as settled as dietary science…. until recently.

I chronicled the substantial revisions issued regarding the scientific “consensus” about cholesterol last year. The “War on Cholesterol” has officially ended, though there is evidence that it adversely impacted American health and the nation’s egg farmers while reaping absolutely no benefit.

Now a new analysis of correspondence during the 1960’s between a sugar trade group and researchers at Harvard University indicate there was an apparent collusion that ultimately cast doubt on sugar’s role in heart disease and directed all the blame at fat.

…In 1964, the group now known as the Sugar Association internally discussed a campaign to address “negative attitudes toward sugar” after studies began emerging linking sugar with heart disease, according to documents dug up from public archives. The following year the group approved “Project 226,” which entailed paying Harvard researchers today’s equivalent of $48,900 for an article reviewing the scientific literature, supplying materials they wanted reviewed, and receiving drafts of the article.

The resulting article published in 1967 concluded there was “no doubt” that reducing cholesterol and saturated fat was the only dietary intervention needed to prevent heart disease. The researchers overstated the consistency of the literature on fat and cholesterol, while downplaying studies on sugar, according to the analysis.

In a remarkably sweet bit of irony, Marion Nestle, the Paulette Goddard Professor of Nutrition, Food Studies of New York University, drew quite a bit of attention to this discovery when she penned a commentary for the study in JAMA Internal Medicine.

…In my commentary, I reproduced a figure from the sugar-funded 1967 reviews. This summarizes the epidemiology showing that both sugar and saturated fat intake were then indistinguishably associated with increased mortality in 14 countries.

Yes, I know that association does not necessarily mean causation, but I’m guessing that the epidemiology still shows that both sugars and saturated fats are associated with increased heart disease risk….

A perplexing aspect about the publicity surrounding this report is that Nestle’s analysis paints industry-funded science as being inherently tainted:

…Companies including Coca-Cola Co. and Kellogg Co. as well as groups for agricultural products like beef and blueberries regularly fund studies that become a part of scientific literature, are cited by other researchers, and are touted in press releases.

Companies say they adhere to scientific standards, and many researchers feel that industry funding is critical to advancing science given the growing competition for government funds. But critics say such studies are often thinly veiled marketing that undermine efforts to improve public health.

“Food company sponsorship, whether or not intentionally manipulative, undermines public trust in nutrition science, contributes to public confusion about what to eat,” wrote Nestle, a longtime critic of industry funding of science.

That would be opposed to government-funded science programs that have intentionally manipulated data to promote bureaucracy-backed climate change policies! A prime example of this fraud is described in a detailed analysis by meteorologist Antony Watts showing that at least half of the “global warming” in the US since 1979 has been fabricated by National Oceanic and Atmospheric Administration!

I suspect the real lesson from this report is to examine the money trail whenever you deal with settled science. No matter who is paying for it, the findings are apt to be sour.

The first step in reading any study is to look for the agenda. Recognizing the agenda is a key step in analyizing the validity of any study.

eat what you hunger for,

In moderation, of course.

Nobody gets out of here alive, but some of go with a smile…

Perhaps the best book you can read on the topic that’s not too political and is more about the science is “Art and Science of Low Carbohydrate Living” by Volek and Phinney.

I think that what we eat or not eat must be evaluated by “listening” to our bodies — how they react. I have no reaction to some foods my wife cannot eat and significant reactions to foods she can eat. We are individuals. I do well if I do NOT eat anything with corn (in any form)while others do well with good booze, fine cigars, and certain forms of exercise! Food is not a one size fits all project. Listen to your body. It will tell you what helps and what hurts. I generally do not trust “experts.”

Depending on who you are this can be very bad advice. Your body can actually be tricked quite easily either in the brain or with swings in blood sugar.

You can only listen to your body if you can trust your body. Many people cannot…hence at least part of the obesity epidemic.

I was on that extremely low-fat, no salt, high carb diet for nearly twenty years because my ex’s father had a heart condition. I kept control of my weight by sheer effort (aerobics and weight-lifting). That eventually stopped working.

The keto diet works for me: very few carbs, moderate protein, and some fat. I have to supplement minerals. I can at least maintain my weight easily, rather than battle a constant upward trend.

I am right there with you…that diet is working for me admirably.

Hey, Leslie, off topic and all, but how do you feel about the T=rumpian Collectivist plan for mommy leave?

Nice New York Collectivists you’ve got there, as I told you.

I followed mom’s advice from decades ago with regard to what were always then called “starches” when she said a thousand times, “A moment on the lips, a lifetime on the hips”. She had a gorgeous figure all her life and was once a Neiman-Marcus model before becoming the only or one of the only female real estate brokers in Dallas. During those years, she networked, did well, married my dad and was voted best-dressed woman in Dallas. They had such things then. I think her keeping to a healthy diet decades before what we know today played a large role in her success, good health and beauty.

When I hit my 30’s, my high carb diet caught up with me. Now I have to eat high fat, moderate protein, low carb or I’ll start gaining weight. I’ve been doing it for 20 years and it hasn’t killed me yet, despite the shrieking from the vegans.

I’m not on any kind of diet, but I have some other anecdotal evidence. For instance, last weekend I ate out at a fabulous restaurant. Had very rich rack of lamb. Hungry in 3 hours (granted, there was quite a bit of walking). I’m 43. I think I’m going to stick with that type of food.

whenever you deal with settled science.

There’s no such animal as “settled science”.

Few sciences have been as settled as dietary science

And I’ve never heard this claim. You’re not likely to hear any such thing from a trained and licensed physician or dietitian; they know better.

Boiled down, this article means that only research or reviews which are free (i.e., not funded by anybody) are any good. This is not a terribly practical notion. While some very fine scientific work has been done in the past without any overt funding, it’s not a productive way to advance knowledge in terminally boring fields like nutrition.

Yes. The solution isn’t to look at the funding but to educate yourself enough on science and good methodology to be able to evaluate the study for yourself. Good science is good science, no matter who does it. The only science that isn’t “paid for” is paid for by politicians.

And if the government is promoting the results, scrutinize it twice as hard.

Good science is a PROCESS, not a result.

Agree…I thought that phrase was off but since this is casual, non-scientific writing I let it go.

The egg thing is a misnomer.
Eggs were considered bad because they contained large amounts of cholesterol. Serum cholesterol is still linked to higher risk of heart disease.

The thing is dietary cholesterol is not linked to serum cholesterol.
This was known in the 90s. Doctors just never got the message.

Industry may have paid for some supportive studies, but the reason we’ve all heard about those studies is because government has been pushing the results. The feds have been telling us what to eat since the 50’s, and we’ve been getting sicker and fatter ever since.

So true, and big pharma is a very guilty party to it, too. The sugar producers and processed cereal companies are a huge culprit in driving up cholesterol and triglycerides. The government tells us how bad this is, and that eggs, shrimp and fats are bad, and then in steps big pharma with their grossly exaggerated marketing and pricing of statin drugs that they’ve tried to put the entire adult population on as a solution.

The entire thing is a greedy racket from all directions.

Humans are omnivores so any artificial skewing toward any food group is likely to muck up the machinery. The Mediterranean diet seems to be the best compromise and is often recommended to folks who have to stay optimized, such as cancer patients. This is an aside, but as big a problem as artificial shifts in food sector preference are the effects of polypharmacy. Individualized reaction to single and multiple medications is looming as a major factor in what is going wrong with a lot of people’s general health:
http://mayoresearch.mayo.edu/center-for-individualized-medicine/drug-gene-testing.asp?_ga=1.47657508.267670245.1472606115