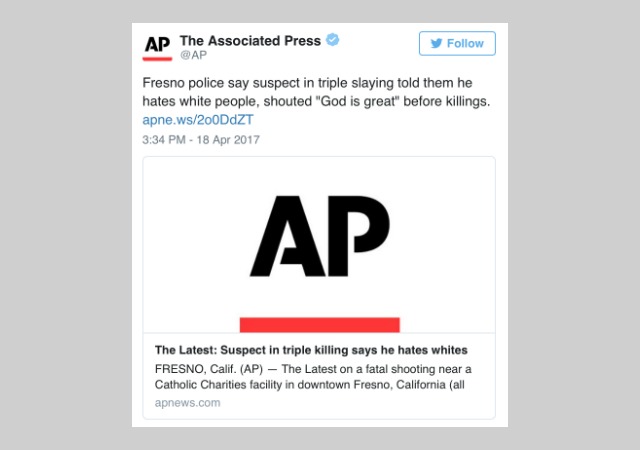 Last night, we blogged about the Associated Press’s odd tweet, which suggested the Fresno shooter said “God is great” before murdering three people.

Today, the AP said they’d deleted that tweet and would send a new tweet in its place.

We deleted a tweet about a Fresno slaying suspect shouting “God is great.” It failed to note he said it in Arabic. A new tweet is upcoming.

Their new tweet is only a tiny bit better.

For more info on the shootings, see here.