Kori Ali Muhammad is also suspected of killing a motel security guard in another incident. 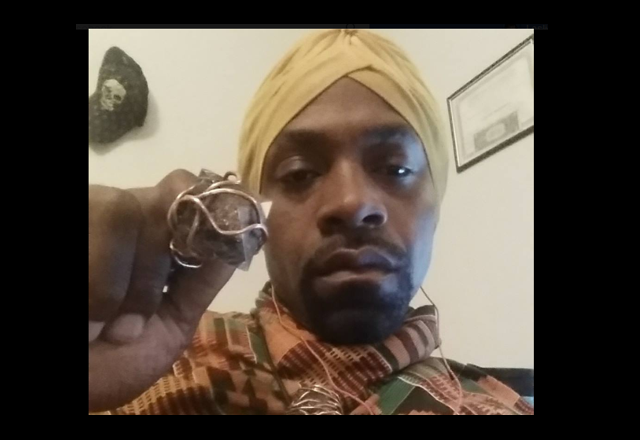 An African-American man went on a shooting spree in Fresno, California, and randomly targeted four white men, killing three, before he was taken into custody.

The 39-year-old suspect, identified as Kori Ali Muhammad, is also suspected in the fatal shooting of a security guard outside a Motel 6 on Blackstone Avenue in central Fresno Thursday. He is facing four counts of murder and two counts of attempted murder, Dyer said. He said Muhammad had expressed dislike of whites in Facebook posts; all of the victims were white. [Fresno Police Chief Jerry] Dyer called it a “random act of violence.”

Two of the people shot outside Catholic Charities, on Fulton Street just north of downtown, may have been clients of the social service agency, not employees, Dyer said. The third victim was a Pacific Gas & Electric employee riding in a company truck. A fourth man was shot at but not injured.

All three shooting locations were situated near other in Fresno’s downtown area. Police indicated that 16 rounds were fired during the shooting spree. A review of social media indicates that Muhammad regularly posted racially charged videos and statements. Furthermore, his arrest history included charges of making terror threats.

On what appeared to be Muhammad’s Facebook page, he repeatedly posted “#LetBlackPeopleGo” and encouraged “black warriors” to “mount up.” 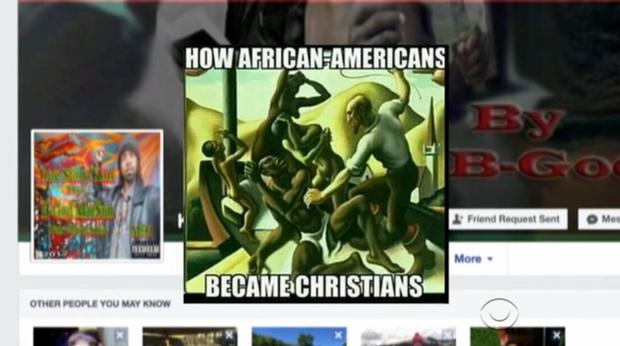 A posting on Monday says, “My kill rate increases tremendously on the other side.” He also posted about “white devils” and on several occasions, posted status updates that included the phrase “Allahu Akbar.”

He linked almost daily to YouTube videos and an iTunes album titled “True Story Kori.” He appears on the cover of the album.

All three victims were white men, police said, and the victims appeared to be random, according to Dyer. Muhammad is black.

Dyer said Muhammad has a criminal history and has been arrested on weapons, drugs and false imprisonment charges and making terrorist threats. He had been associated with gangs but was not a validated member.

As noted in the above report, Muhammad is also wanted in connection with another killing days earlier, in which a security guard was shot at a Fresno motel while responding to a disturbance.

Muhammad was identified as a suspect in the murder of security guard Carl Williams at the Motel 6 in Fresno on Sunday after surveillance footage captured the killing on tape.

Williams, 25, was unarmed and was killed after allegedly getting into an altercation with Muhammad.

In response to being informed that shouts of “Allahu Akbar” were overheard by witnesses, the imam of the Islamic Cultural Center of Fresno stresses that that Muhammad was not a member of his center. Additionally, the Catholic diocese organizing to assist the victims and those who saw the shootings.

Seyed Ali Ghazvini told the AP that he and other faith leaders are trying to identify gunman.

“We’re kind of shocked and surprised for what happened,” Ghazvini told the AP. “We are very sorry for this to happen. We offer condolences for the victims, we pray for the victims and their families.”

One of the shooting scenes happened outside a Catholic Charities building, but officials don’t believe the suspect was tied to the nonprofit organization.

Teresa Dominguez, chancellor for the Roman Catholic Diocese of Fresno, told the Fresno Bee the diocese is providing support for those who witnessed the shooting.

“The diocese will be present to the needs of all those serving as witnesses to this violent and traumatic event,” she told the newspaper, “such as counseling and pastoral care, and Bishop Ochoa asks for the prayer of all the faithful for the victims of this violent crime and their families, and that law enforcement will be successful in the their investigation in identifying the perpetrator.”

And the AP actually reported that he shouted “God is Great” while he pulled the trigger.

How can the AP have any credibility left when the deliberately lie?

Well, that is the translation of “Allahu akbar”, but I get what you mean. He said it in Arabic.

I think the translation is “God it Greater”….. ah… Black Muslim.

Perhaps in the distant future it will become unfashionable to publish scholarly articles on thr joy of killing people based on their race.

Why did the cops decide it wasn’t terrorism? What is terrorism if that isn’t it?

This is an obvious case for a hate crime enhancement to the charges. Let’s see if it happens.

Well this is a tough one – they can’t decide if he was a Muslim who hated Christians, or just a black racist who hated all white people.

So they’re going to solve their problem by not mentioning any of it.

Would a Caucasian person born in Africa who then immigrated to this country be an African-American?

Yes. This guy for instance:

What Democrats should really be offended at is that he called himself “Black Jesus.” Blasphemy! Only Our Lord Obama gets to call himself that!!!

One thing the media missed was that in his online screeds he refers to “White Devils” — this is language coined and used exclusively by the Nation of Islam. So while the local Mosque knows nothing of him, understand, he’s a disciple of Farrakhan.