Poe wanted to vote for the GOP healthcare bill. 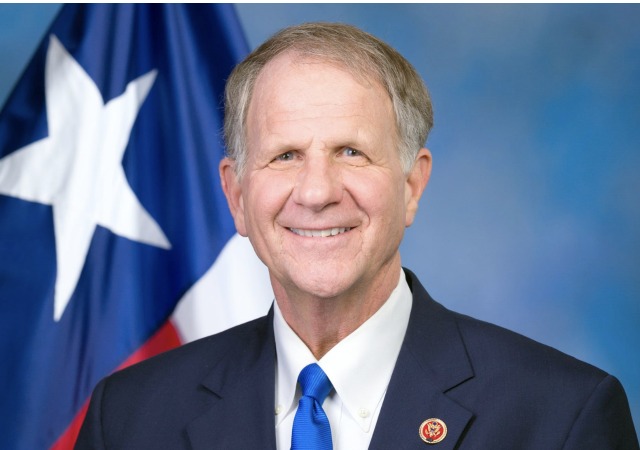 Rep. Ted Poe (R-TX) has resigned from the Freedom Caucus over the GOP healthcare fiasco because he wanted to vote for the bill:

“To deliver on the conservative agenda we have promised the American people for eight years, we must come together to find solutions to move this country forward,” Poe said through his congressional office. “Saying no is easy, leading is hard, but that is what we were elected to do. Leaving this caucus will allow me to be a more effective member of Congress and advocate for the people of Texas. It is time to lead.”

Fox News reported that Poe told President Donald Trump he planned to vote on the bill.

Poe resigned after Trump criticized the caucus and Democrats for the bill’s failure:

The caucus, made up of 30-40 House GOP members, rallied against the Affordable Health Care Act (AHCA) pretty much from the get go because it “did not fulfill the Republican promise to fully repeal and replace ObamaCare.”

After Ryan withdrew the support, Poe tweeted support for Trump and Ryan:

So what would have kept him from voting for it? Last I heard, caucus members aren’t required to vote as a block by any kind of law.

What kept Poe from voting on the bill?

It was pulled because the votes weren’t there.

Another RINO shows his true colors.

I picked up someairs that he’s fighting cancel, and that may have made him a bit soft in the head.

Too bad. In reality, saying NO! is much harder.

I’m in Ted’s district. He’s the quintessential poster boy for term limits. For about eight years, Poe toed the conservative line that elected him. Appeared weekly on talk radio to get encouragement and make commitments to conservative voters. That all ended a few years ago. He’s now walking that ‘tightrope’ between being the go-along-to-get-along incumbent that’s more interested in keeping the GOP happy than the voters. He’s still no John Cornyn belly flopper, but he’s certainly no longer the Ted Poe I supported. We’ll have to look at primarying him soon.

Would next year be too soon?

I posted something similar on another site, this is not the Ted that I first met during jury duty in, probably, the early 80’s.

Blaming Freedom Caucus, Club for Growth and Heritage Foundation for Obamacare is definitely something a RINO ELITIST REPUBLICAN would say in order to maintain their Washington DC Crony Corruption.

I voted for Trump because of Hillary; today I am getting off the Trump Train because he is siding with the Washington DC Swamp he bamboozled everyone into believing he would drain.

He’s blaming them for spending YEARS bitching and whining about repealing it, NOT HAVING A BILL READY, and then refusing to vote for the bill that they put together.

It just demonstrates what lying pieces of shit the GOP establishment is. Run on repealing Obamacare for 6 years, then not having something ready to go the minute you were in charge.

Actually, they DO have a bill ready which is a clean repeal of Obamacare. H.R. 1436 has been sitting in the Ways and Means Committee for a few weeks now.

They’ve had bills, but they’re not what Trump wanted. Trump is still a big government supporter and wants the government to control health insurance. The bill they put up was written to reflect his demands; the defeat is his.

I don’t think the evidence backs up that view – it’s not to his credit, but it looks like Trump had very little to do with the contents of this bill and was ready to sign whatever it was they came up with. (like I said, that’s not really to his credit)

Several of us…me and Hawkins, Amy from Florida, etc…told you this over a year ago.

T-rump is a BIG GOVERNMENT Collectivist. He told anyone who’d listen that he intended to impose Federal control over health insurance and care.

Much as a promise was made to repeal the ACA – the RyanCare bill SUCKED.

Pauls bill is much more promising.

We are RUSHING to put tourniquets on the gushing wounds this country has suffered in the last 8 years – but we can cause MORE DAMAGE, if we don’t think this stuff through.

We all know ACA was designed to crash and burn, leaving single-payer as the “only option available”. It was “planned” that Miss Single-Payer HRC would be running the show to get that going.

Too bad We The People screwed up their plans.

We have a REAL CHANCE to do some good here, in many areas that have suffered over the last 8 years. A great deal of the damage to our nation may well be irreparable.

I admire DJT for his rapid efforts to keep all his campaign promises right out of the gate. It’s refreshing to see someone actually try to do so. But doing so hastily, can create more problems than it solves.

Draining the swamp sure reveals the political malaria lurking within.

Put him in the same garbage can as Ryan.

MoDo makes all the right points on the Trump-infested Healthcare bill.

No one will ever mistake you for a politician.

After this past week, they won’t even mistake you for a top-notch negotiator.

Your whole campaign was mocking your rivals and the D.C. elite, jawing about how Americans had turned into losers, with our bad deals and open borders and the Obamacare “disaster.”

And you were going to fly in on your gilded plane and fix all that in a snap.

You knew the Republicans were full of hot air. They haven’t had to pass anything in a long time, and they have no aptitude for governing. To paraphrase an old Barney Frank line, asking the Republicans to govern is like asking Frank to judge the Miss America contest — “If your heart’s not in it, you don’t do a very good job.”

Instead, you sold the D.O.A. bill the Irish undertaker gave you as though it were a luxury condo, ignoring the fact that it was a cruel flimflam, a huge tax cut for the rich disguised as a health care bill. You were so concerned with the “win” that you forgot your “forgotten” Americans, the older, poorer people in rural areas who would be hurt by the bill.

You sold yourself as the businessman who could shake things up and make Washington work again. Instead, you got worked over by the Republican leadership and the business community, who set you up to do their bidding.

They’re counting on you being a delusional dupe who didn’t even know what was in the bill because you’re sitting around in a bathrobe getting your information from wackadoodles on Fox News and then, as The Post reported, peppering aides with the query, “Is this really a good bill?”

And I can say you’re doing badly, because I’m a columnist, and you’re not. Say hello to everybody, O.K.?

No, she doesn’t. all the points she makes are wrong. That she’s right about the bottom line is pure coincidence.