The suspect supposedly landed two Delta flights in the past with a bomb threat. 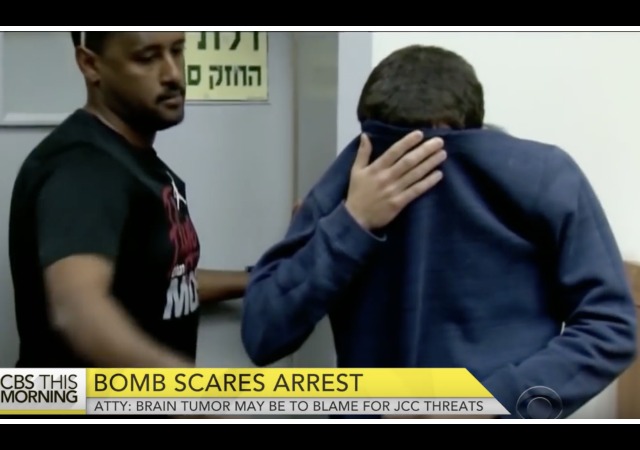 According to Chief Superintendant Meir Ohayon of the Israel Police’s cyber unit, New Zealand police requested assistance in tracing the source of the calls last September.

After getting the relevant details and conducting a preliminary investigation, Israel Police informed their counterparts from New Zealand that they believed that source of the calls was Israel. “At that point, the hunt for the Israeli ‘hacker’ who drove the world crazy was on,” said Ohayon.

The authorities also believe the teenager made “at least two threats to Delta Airlines resulting in the grounding of planes already in the air.”

Unfortunately, the police did not provide more information about which flights he threatened. A quick Google search found a report from January 2015 about one bomb threat that affected two Delta flights in New York City. One flight came from San Francisco while the other headed to Tel Aviv, Israel.

The teenager has not cooperated with the police and the authorities have not been able “to access his computers.”

Why Make So Many Threats?

The police knew about the bomb threats, but his capture became more important after the numerous threats to institutions across America. So why did the teenager keep making these threats to the centers? The police have an idea:

Police sources told Haaretz that that was in part because the suspect would monitor media reports after he’d call in a threat — to gauge the scale of its impact. If he noticed that it was receiving considerable media attention, he would continue making threats in that same location.

Several of the JCCs and Jewish organizations received multiple threats. However, police believe that the number of bomb threats he phoned in was much greater than was known to the public, as many went unreported.

The more attention it got, the more he wanted to continue:

“His method was very simple,” said an officer involved in the investigation. “The moment he saw that his message caused panic, he kept going on and on. It excited him.”

More About the Suspect

Authorities have not released the suspect’s name due to a gag order. He has also not cooperated as I noted above, but his lawyer explained that’s because of his health. Her client has a “very serious medical condition” that has an impact on his behavior. The condition has been so serious he could not attend school or enlist in the Israeli army:

“That’s why the medical condition can actually affect the investigation,” she explained. “This is one of the things the judge told the police to check, to talk to his doctors, to get more documents and to investigate him in light of his medical situation.”

Channel 10 said the condition was a nonmalignant brain tumor. Police are currently waiting for the child’s mother to retrieve the proper medical documentation proving his condition.

As of now, the police think he did not leave behind any trace of himself on social media.

Authorities also have his father in custody “on suspicion that he knew what his son was doing.” The father works as a computer expert and may “have recognized the high-level equipment in his son’s room, yet did not report the matter to authorities.”

The Times of Israel also highlighted the impact President Donald Trump had on the arrest, which the media has mostly ignored and instead blamed him for the threats.

See, the Israeli authorities managed to arrest the suspect and his father only AFTER the FBI arrived in the last few weeks. The police did not specify exactly “what the FBI agents managed to do that their local counterparts could not.”

Have Leftists Apologized to Trump?

Last week, Professor Jacobsen went off on the leftists and leftist groups that blamed Trump for the bomb threats since he allegedly started an anti-Semitism culture.

Yet, those who placed these bomb threats are a disgraced leftist journalist and an American-Israeli teenager.

Professor Jacobsen noted that these groups should apologize. After all, many of them, including the Anne Frank Center in the US have decided to “focus its efforts on social justice activism” instead of fighting actual anti-Semitism across the country.

So not only was the culprit not a white nationalist Trump supporter but the threats started before Trump even announced his candidacy.

Another feather in Trump’s MAGA hat. Obama was likely providing cover and protection to this POS for two years.

“Have Leftists Apologized to Trump?…”

Do we really care about a b.s. ‘apology?’

Resignations – now THEY mean something.