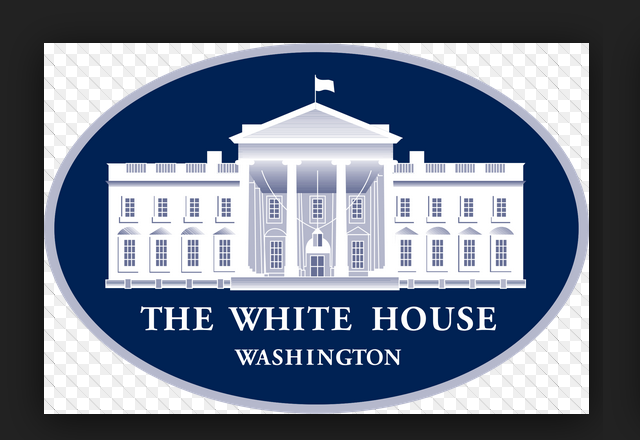 Anyone who still doubts how seriously President Donald Trump takes his new position or his capacity for hard work will be pleased to learn just how swiftly his new administration has changed the political climate already.

My colleague Fuzzy Slippers has already reported that his first Executive Order lays the groundwork for waiving or minimizing the penalty for Americans who don’t buy health insurance that would probably void the burdensome Obamacare requirement altogether. His second order made General James Mattis our new Secretary of Defense.

If this “Pen and Phone” goodness wasn’t already enough, Trump’s IT team went right to work on the new White House webpage. Within a new moments of Trump’s oath, the first phase of the site transition began with the archival of former President Obama’s material, which created a stir among the nation’s social justice warriors.

Climate change, civil rights and LGBT sections all removed from the White House website. So this could be there, let that sink in. https://t.co/HxaWuwlvkW

And entertrainer Bette Midler may have broken away from taking The Oath to tweet this:

Concerned citizens across the nation tried to calm the panic by noting that this action was a standard procedure for administration transitionss.

Less than an hour after President Trump took the oath of office on Friday, the White House’s webpage on climate change disappeared from the Executive Branch’s main site, the latest sign that the new administration will divert resources – and attention – from the issue.

The removal of the page from the White House’s website came around the same time the site and other Executive Branch digital platforms were overhauled to reflect the new administration. The Obama Administration’s climate change page still exists, but was migrated to a National Archives website.

Of course, the new website will do little to assuage progressive angst. A glance at the Issues menu shows the only item the Obama and Trump versions have in common is the logo. 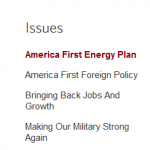 No mention of trangender bathrooms. Not one reference to “climate change”. No blather about foreign policy successes like the Iran Deal.

I followed the “Climate Change” chicanery for the past 8 years, so I took a look at the Trump version…The America First Energy Policy. For those of us concerned about our energy security, jobs for American workers, and affordable energy, there will be much to like.

For too long, we’ve been held back by burdensome regulations on our energy industry. President Trump is committed to eliminating harmful and unnecessary policies such as the Climate Action Plan and the Waters of the U.S. rule. Lifting these restrictions will greatly help American workers, increasing wages by more than $30 billion over the next 7 years.

Sound energy policy begins with the recognition that we have vast untapped domestic energy reserves right here in America. The Trump Administration will embrace the shale oil and gas revolution to bring jobs and prosperity to millions of Americans.

I have reported on the harm to our peoples and our prosperity caused by the Climate Action Plan, the Waters of the U.S. rule, and the U.N. Climate Deal.  To see these items being targeted by the Trump Administration gives me a full-body tingle.

One last note: I have mentioned Princeton’s Dr. William Happer in my pieces. He has been bullied by eco-activsts for pointing out the flaws in climate prediction computer modelling and asserting that carbon dioxide is not a pollutant, but an essential part of our ecosystem.

Happer is being touted for the position of Director of the Office of Science and Technology. Having our new president advised on science policy by someone who actually promotes real science would mean the political climate in Washington has changed for the better.

Then even more SJW panic will ensure.

We’re 20 tril in debt and these morons are complaining about climate change and bathrooms. Sorry, they’re too stupid to vote.

The equation is really quite simple. The more people we have working real jobs (not Wal-Mart jobs, not flipping burgers), the more revenue generated through income and consumption taxes (because people have more to spend). At the same time, when more people are working in real jobs with real benefits, fewer people are consuming entitlements and the spend on that goes down. Higher tax revenue and lower government spending should reduce the deficit quickly AND enable very targeted government spending in areas that really matter. If all we do is print money, we’re doomed.

We obviously have at least one hard-core Liberal reading here, given the downvote on what is a simple statement of fact.

Independence Day celebrations started in January in 2017. The fireworks I hear are the exploding heads of Democrats, Marxists, and other totalitarian leftists. It is a wonderful sound whether in July or January.

The earth was flat for centuries because Political Correctness Version 1.0.0 . . . The ‘modern’ PC versions were so very successful because greater world power (the earth is spherical) and trillions in scam money.

It is refreshing to be able to talk again and not be slimed as a facist, bigot, homophobe, Nazi, etc.

Sorry, at no point in the last 2000 years has it ever been widely believed that the earth was flat.

Milhouse does science! Absolutely correct about the flat earth myth. I doubt any pre-historic civilizations believed it for long, if at all. The clues are many and right out front, and any pre-technical civilization had the intelligence to see it. Just standing on an ocean beach (or large enough lake) and watching boats approach, or flotsam, or whatever shows you how the topmost part of things appear first, an observation that can be easily replicated with a pebble and a roundish rock, revealing the condition of sphericity required. Then there are the moon phases and eclipses. Oh, and the sunrise and sunset are awfully big clues.

IIRC, an Egyptian (Eristophenes?) calculated the circumference of the Earth with an error of only a few percent way back in umpteen BC.

President Trump let them have it with both barrels of double ought buckshot. The war with the progressives has started.
And it is a war they will attack President Trump and Trump voters. The media will play a giant part in their assault on
all of us!

We must support President Trump!!

I’m still not on the Trump train, but if he continues to move full speed ahead in this direction, I’m heading to the station masters window to buy me a ticket!

“…the only item the Obama and Trump versions have in common is the logo.”

And Trump does need to change that, as well. If you recall, Obama altered our American flag to that of the all white, Surrender flag.

And the bizarre separatist slogan under Eric Holder is gone from the the Justice Department’s website.

Now, they just need to return the red/white/blue motif.

Well so far he’s pissing off the right people

#2 is right. And the more powerplants that burn fracked natural gas in the USA and Mexico, the cleaner the air will be. New York City just mandated a change from fuel oil to natgas and Scientific American reported the air quality improved so much that lives are being saved.

I followed some of these freak outs about the changes in the WH website late Friday and early Saturday. Not because I thought there was any real news there, but because I get a warm fuzzy feeling every time some liberal’s head explodes, lol.

I’ve thought about it and I don’t believe I’ve ever visited the White House website. I’ve probably followed a link there, or maybe not, but I have zero memory of ever being on it. It’s odd.

What amazes me so much about the climate change debate is how those who believe in climate change (a.k.a., catastrophic anthropomorphic global warming) actually know little to no science. They have no clue what the arguments are, what the science says, or even the most basic laws of science such as thermodynamics, and yet they continue to have such incredibly strong opinions such that they refuse to even listen to any counter arguments.
>
In order to generate such strong opinions, they must have absolute faith and trust in those who are telling them what to believe. This, of course, creates a problem in that if what they are being told is demonstrably wrong, then what else are they being told that is wrong? This issue serves to show how these global warming advocates are not only ignorant in the extreme, but that they possess zero skills or ability to think for themselves or to think critically/rationally.
>
Since when has ignorance become an opinion?

What are they worried about. Spicer says they will put the climate change link back up as soon as everybody gets their $2500 obamacare savings.

It’s been a mild winter so far and I wonder how the home heating energy companies will make it up next year. If global warming means lower home heating bills, HellYes!