Trump may breathe new life into US e-cigarette industry

Trump may breathe new life into US e-cigarette industry

Trump could win over middle-class Californians by vaporizing job-killing regulations. 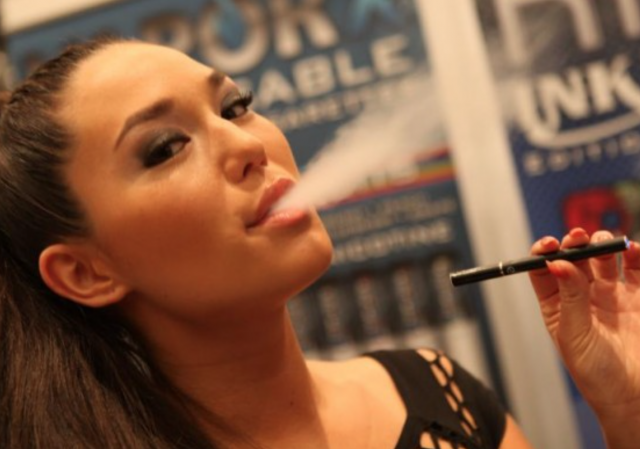 Last summer, I reported that Food and Drug Administration rules covering e-cigarettes and adopted early in the Obama presidency were killing the related American industry.

The manufacturer, distribution and retail sales of e-cigarettes (which vaporizes nicotine-infused solutions that have only traces of some of the 60-plus carcinogens found in cigarette smoke), is worth an estimated $3.7 billion last year. In San Diego alone, e-cigarette firms employ hundreds of Californians in productive, middle-class positions, and generate quite a bit of tax revenue for the state as well.

A good portion of this business could be snuffed out with the FDA rules, which have a 2018 due date for specific elements.

So, the election of Donald Trump has breathed new life into hopes for a reversal of these regulations. An industry publication offers its insight.

…Trump claims that his administration will not only repeal and replace Obamacare, but they will also modernize Medicare and “reform the Food and Drug Administration, to put greater focus on the need of patients for new and innovative medical products.” For the vaping industry, nothing could be more “innovative” than electronic cigarettes and vaping technology to end the global addiction to smoking tobacco. Is there a window of opportunity opening?

In a move that makes sense, given the San Diego e-cigarette industry, one of our U.S. congressmen formally requested that the rules be vaporized by the Trump Team.

President-elect Trump’s team is being urged to kill new Food and Drug Administration rules that threaten to snuff out the e-cigarette business and rob chain smokers of an alternative to ending their habit.

In a letter to Vice President-elect Pence, Wisconsin Sen. Ron Johnson and California Rep. Duncan Hunter said that the new regulations would eliminate the industry with fees of up to $1 million per product. Typically, vaping operations produce dozens of products, mostly different flavors of vapor.

“If the FDA’s overreach goes unchecked, then thousands of jobs and small businesses will disappear,” the Republicans wrote in a letter sent Monday and provided to Secrets.

Related to California politicians, our former Senator Barbara Boxer, was recently on MSNBC stating that the Democrats must make middle-class people understand that Donald Trump is not their friend.

“I want to jump in with something specific that he did on the very first day that didn’t get that much coverage,” Boxer said. “There was an order that was signed that made it more expensive now for middle-income home buyers to buy homes, and as a result, tens of thousands fewer Americans will do it. We have to make sure that the middle class understands he’s not their friend.”

If Donald Trump and his appointees rescind this onerous and needless regulation, hundreds of middle-class workers in California will learn he is a better friend than Boxer ever was.

I don’t believe there are any harmful effects from second-hand vaping, so if people want to blow on a douche flute that should be their prerogative.

The high schools in San Diego teach that vaping is wore than tobacco, because the non-nicotine additives are worse.

Whatever the Feds do, Kuhlifornia will outlaw all the things.

It’s like California has a test for all incoming Democratic congresscritters:

Q: A company has developed an innovative widget. Should California
A) Tax it to death
B) Regulate it to death
C) Declare it illegal
D) All of the above

And anybody who does not fill out D) gets sent back home.

I remember at one point in Marin County, CA, local regs were passed banning the smoking of tobacco cigarettes even inside of a private residence, if there was any chance that any 3rd party could be affected by the second hand smoke. For example, if someone lived in a duplex where smoke could theoretically seep through the walls.

AT THE SAME TIME, in Marin county another reg was passed forbidding the harassment of those who smoked marijuana in any way, and forbidding the enforcement of any federal laws in that area.

Liberal Logic Land is such a fun place to be!

Vaping is a growing thread to tobacco tax revenues. The government has regulated accordingly.

Well, when you consider than many “vape pens” are used to smoke “Dab” — concentrate of marijuana/hash…..

I happen to live in San Diego, but the FDA regs are intended to cripple the vape industry nationally if not internationally. Many vapers use very low or NO nicotine, as the flavors and “lung hits” are satisfying without the need for nicotine’s effects. (Also true for the “throat hit” of weaker devices used by many actively quitting cigarettes, although they often contain a bit more nicotine to ease cravings as the switch from harsh smoke to harmless vapor takes place.) Dems, esp. CA Dems, always want to tax/regulate what people enjoy. I hope the Trump admin puts an end to at least this example…