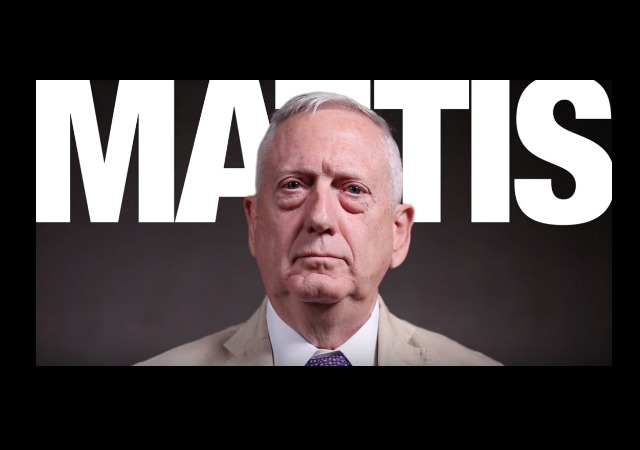 The Senate has confirmed retired General James Mattis to become the Secretary of Defense, the first confirmation of President Trump’s Cabinet.

He won confirmation with a 98-1. WOW. But who doesn’t like or approve of Mad Dog Mattis?

Trump took the oath of office at 12:00PM, after which he signed “a waiver approved by Congress that allows Mattis to serve as the Pentagon’s chief, exempting him from a current law that limits the appointment of a defense secretary within seven years of relief from duty.”

Even though the senate confirmed him unanimously, three Democrats voted against the waiver during his confirmation hearing. They had concerns about “eroding the principle of civilian control of the military.” Sen. Richard Blumenthal expressed worry “by the precedent” of Mattis “assuming this office would set.”

The confirmation makes Mattis only the second military officer to lead the Pentagon “since President Truman nominate Army Gen. George C. Marshall for the job in 1950.”

During his hearing he praised NATO, which he served as Supreme Allied Commander of Transformation from 2007-2009, and said America must prepare for possible confrontations with Russia:

“Since Yalta, we have a long list of times we’ve tried to engage positively with Russia. We have a relatively short list of successes in that regard,” Mattis said, referring to the Yalta conference at the close of World War II. “The most important thing is that we recognize the reality of what we deal with Mr. Putin and we recognize that he is trying to break the North Atlantic alliance, and that we take the steps . . . to defend ourselves where we must.”

Asked during a confirmation hearing how he viewed the strains facing the post-war world order, Mattis replied: “I think it’s under the biggest attack since World War II sir, and that’s from Russia, from terrorist groups and with what China is doing in the South China Sea.”

“Russia is raising grave concerns on several fronts and China is shredding trust along its periphery,” Mattis told the Senate Armed Services Committee.

*I updated with the correct outcome. Can you tell it’s been a long week? As Leslie pointed out to me, I’m drunk on liberal tears.

“But who doesn’t like or approve of Mad Dog Mattis?”

You might start with the roster of Democrat senators.

Didn’t Kirsten Gillibrand vote no against him?

I’m seeing other sites saying the vote was 98-1, with one senator presumably still in the safe-space after the inauguration today.

That’s the number I heard too.

Sessions wasn’t there and Gillibrand was the single “NO” vote

That 70-0 was an incomplete tally.

Here are the dems who voted against Gen. Kelly:

The first step to solving a problem is admitting you have a problem. Sit down and tell me how that makes you feel.

All the liberal tears in California have done wonders for the drought. Trump should have run in 2012!

I have read that General Mattis dislikes the nickname “Mad Dog”. Unfortunately for him, most do not get to pick their own nicknames.

However, to understand the man and his leadership style, read point #4 in the following:

He hates it becauase ‘Mad Dog’ is too close to Obama’s nickname ‘Miffed Puppy’.

Our junior senator’s vote was her opening salvo in her run for the 2020 Democrat presidential nomination.

Sen. Richard Blumenthal expressed worry “by the precedent” of Mattis “assuming this office would set.”

Blumenthal is still upset that most of us remember his lying about serving in Viet Nam. He gave that speech for about 20 years before he was caught. Then said he may have “mispoke” once or twice and the MSM immediately circled around and protected him.

And his in-laws own the Empire state Building. Yes, the same ones who lit it up in red to celebrate Communist China but refused to honor Mother Theresa. That is Richard Blumenthal and his values.

Shocked that a lawyer blog doesn’t quite understand the meaning of the word unanimous.

Perhaps you’re having trouble keeping up. The early report, when that word was used, was 70-0. It was updated later.

I think that James Mattis will be the best Secretary of Defense to serve in my lifetime. The troops deserve the informed leadership only a warfighter can give. I learned that lesson being the destination level of Robert McNamara’s inept b.s. Hopefully the entire cabinet will all prove to be top notch. Having hope again feels so good.

The previous 3 SECDEFs had a combined total of …4 years of military service. Nice to have someone who knows what they’re doing for a change.