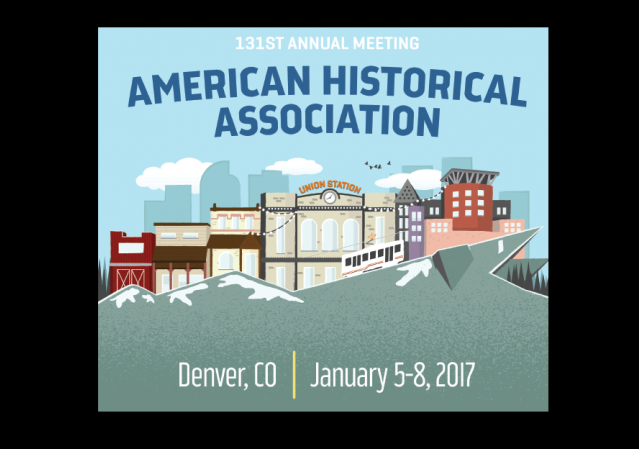 But true to form, the BDS faculty don’t give up, they try to change tactics to keep putting Israel on trial. But the AHA again rejected such an attempt, as reported at the History News Network, AHA Council votes not to take action on petition requesting an investigation into violations of academic freedom in Israel and the West Bank:

The leading organization of historians in the United States won’t be joining other scholarly groups harshly critical of Israel.

A year after the American Historical Association was roiled by a controversy over resolutions that slammed Israel the Council decided not to take action on a petition filed by the same group led by historian Van Gosse.

The petition filed by Van Gosse on behalf of Historians Against War (HAW) asked the “Council to investigate the charges that academic freedom is widely violated in Israel and the Occupied Palestinian Territories.” The Council made its decision this weekend during the annual meeting of the organization.

This was the third year in a row that Historians Against War attempted to put the AHA on record against Israel’s treatment of Palestinians. The first time the group’s resolution was voted down on procedural grounds after historians complained they hadn’t been given advance notice ahead of the meeting where the resolution was brought up. Last year a resolution was considered by the Business Meeting of the AHA and rejected in a decisive vote, 111 to 51, after a bitter fight complete with dueling advertisements in the AHA’s magazine, Perspectives.

This time HAW leaders decided to bypass the Business Meeting and take the matter directly to the Council via a petition, but they met with no better success than they had in the past. The AHA has traditionally been leery of taking part in political activities not directly related to the organization’s scholarly mission.

Don’t expect these attempts to stop, but it does seem that academia is wising up to the attempt to hijack professional organizations and turn them into weapons in the war against Israel.

You don’t suppose that they know the wind is changing direction in 12 days.