An MLA vote to join the academic boycott of Israel should serve as a congressional call to action. 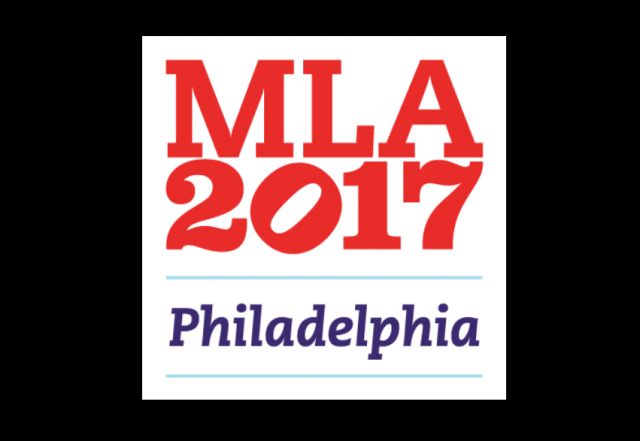 We previously covered, in exhaustive detail, the upcoming vote on Saturday, January 7, on three resolutions at the Modern Language Association:

The Modern Language Association is at it again: at this year’s annual MLA meeting in Philadelphia, academic boycotts of Israel are on the agenda. Thus continues the Settler Colonial attempt by the Boycott, Divestment, and Sanctions movement (BDS) to hijack American faculty organizations.

The 24,000 member organization, comprised of faculty in the fields English and other non-classical foreign languages, will be debating (again) whether to boycott their colleagues in Israel, and would extend to the Academy of the Hebrew Language.

The vote on January 7th involves the 297 members of the Delegate Assembly.

There are three resolutions being put before the Delegate Assembly: one in favor of a boycott of all Israeli universities; the second, opposing academic boycotts in general; the third, condemning the suppression of academic freedom at Palestinian universities by the Palestinians themselves (the Palestinian Authority and Hamas).

Should any resolutions pass at the Delegate Assembly, they will then go to the general MLA membership for ratification.

At one level, this is just another battle in the Boycott, Divestment and Sanction (BDS) war conducted by anti-Israeli faculty activists against Israel. There have been some successes for BDS, most notably the 4,000 member American Studies Association in December 2013, but the boycott has not been passed by larger faculty associations. That would change if MLA adopted the academic boycott of Israel.

It’s a battle that is destroying the credibility of the Humanities, in particular, at a time when those “soft” subjects are under pressure from lack of job opportunities for graduate students and widespread public mockery and disdain. I’ve always argued that the BDS academic boycott of Israel would destroy the Humanities long before it destroyed Israel.

We’ll cover the MLA voting this weekend, of course.

But there’s a bigger story here, the significance the MLA action takes on after the recent passage of the anti-Israel UN Security Council Resolution 2334.

Public and political outrage over Resolution 2334 has mostly centered on the attempt to strip Jews of their history in and right to even the Jewish Quarter of the Old City and the Western Wall. Much like recent UNESCO actions to expunge Jewish history in Jerusalem, UN Resolution 2334 properly is viewed a part of the Arab Muslim refusal to recognize any Jewish nation in any boundary in what they view as Muslim land. That, and not settlements, is the heart of the conflict.

Here is the provision I’m talking about in Resolution 2334 (pdf.):

5. Calls upon all States, bearing in mind paragraph 1 of this resolution, to
distinguish, in their relevant dealings, between the territory of the State of Israel and
the territories occupied since 1967;

Why is that significant?

Most of you don’t realize that the UN Human Rights Council, known for its obsession with attacking Israel, voted in March 2016 to create a blacklist of companies that do business, directly or indirectly, with any Israeli or Israeli business located over the 1949 armistice line. The resolution passed with 32 votes in favour and 15 abstentions….

The sweeping nature of the UNHRC resolution covers almost all Israeli businesses, which at least “indirectly” do business with settlements given the interwoven nature of the Israeli economy.

So this is a blacklist, effectively, of all companies doing business with Israel.

The UNHRC is recreating the Arab League anti-Israel boycott blacklist but with a UN imprimatur, something I addressed in my recent lecture, The REAL History of the BDS Movement.

Legislation addressing the boycott of Israel has been expanding at the state level in the past year. It is likely to move forward at the federal level as well after Resolution 2334

In light of Resolution 2334, Congress is considering various actions to nullify the effect of the Resolution. As Northwestern Law School Professor Eugene Kontorovich correctly notes, a necessary and likely part of the Congressional reaction will be new anti-boycott legislation, Five ways the Trump administration can negate the anti-Israel U.N. Security Council resolution:

4) Congress should rapidly reintroduce and pass several anti-boycott bills from the outgoing session. In addition, to respond to Resolution 2334’s encouragement of E.U. boycotts aimed at the settlements — but which would inherently spill over to all of Israel — a small amendment must be made to the the anti-boycott provisions of the Export Administration Act, explicitly stating that it applies to boycotts of territories under Israeli jurisdiction.

I also have proposed legislation addressing the abuse of tax-exempt status by 501(c)(3) organizations who received that exemption based on promoting education, which engage in academic boycotts. I explained the background in this interview on the Mark Levin Show, Stop taxpayer subsidies for anti-Israel boycott groups:

WAJ: “And what’s even worse about it, is that the taxpayers are subsidizing all this, because these are all tax-exempt groups. We, in effect, are subsidizing these professors in their faculty organizations to boycott Israel….

They’re making a mockery of academic freedom. Because the American Association of University Professors, a very large group which is the one which essentially holds up the standards of academic freedom, has said that these types of boycotts violate academic freedom. Yet these professors are running wild at their own organizations passing it. Like I said, the crazy thing is we’re subsidizing it because it’s tax exempt.” …

“If there’s any congressmen listening now, there’s a very easy way to address this. Nobody has a right to be a tax-exempt organization, and there are rules in the IRS Code that prohibit certain conduct by tax-exempt organizations, such as lobbying. Even though lobbying is constitutionally protected right, it’s right in the First Amendment. Nonetheless, you don’t have a right to get a tax exemption and be a lobbyist.

I think it’s going to take Congressional action. And I think they can do it. Because these people have the right to boycott whoever they want to boycott. They have a right to espouse whatever views they want. But they don’t have a right to a taxpayer subsidy to do it, and that’s what they’re getting now. And I don’t think they would be doing this if their tax-exempt status was on the line.”

The boycott of Israel, and the hijacking of tax-exempt educational faculty organizations for that purpose, fundamentally are political acts. The MLA boycott resolution comes at a time when the politics in the U.S. is moving sharply against the types of boycott activity promoted by Resolution 2334 and the UN Human Rights Council.

If MLA passes the boycott resolution, even though subject to a membership vote, MLA will have placed itself squarely in the middle of the intense political fight taking place over UN Resolution 2334. And it will serve as a congressional call to action.

Once MLA does this, it should be stripped of its 501c3 status. MLA can convert itself into a political entity, as is its right. But taxpayers don’t have to subsidize it.

I picked up a blerb somewhere in my surfing today that the UN is planning a vote on an Israeli boycott resolution.

Which would be just perfectly in keeping with the Obamic treachery, and another reason to put the UN out on their collective ear.

Why do I feel that only the first resolution listed will pass?