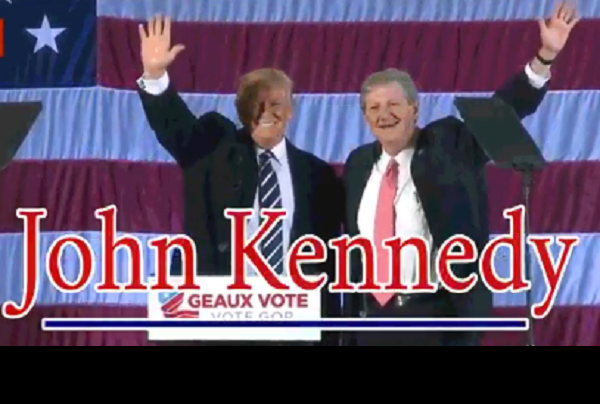 Louisiana voters chose Saturday to send Republican state Treasurer John Kennedy to the U.S. Senate, filling the nation’s last Senate seat and giving the GOP a 52-48 edge in the chamber when the new term begins in January.

Kennedy had always been the runoff election’s front-runner in a state that overwhelmingly supported Donald Trump. He defeated Democrat Foster Campbell, a state utility regulator whose chances were seen as such a long-shot that national Democratic organizations offered little assistance to Campbell’s campaign.

As he celebrated the victory, Kennedy said he represented change in Washington.

“I believe that our future can be better than our present, but not if we keep going in the direction the Washington insiders have taken us the last eight years,” he said. “That’s about to change, folks.”