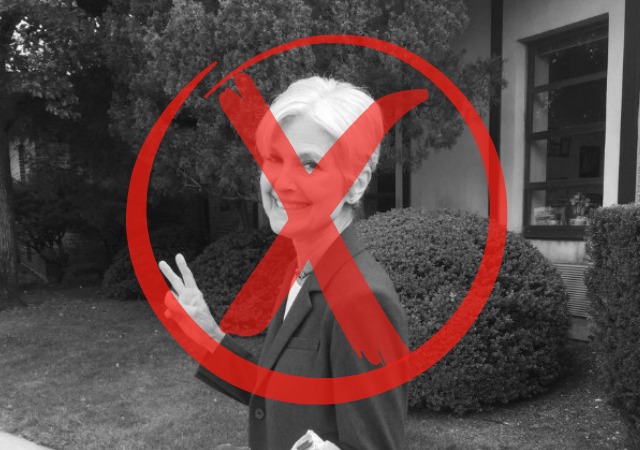 A federal judge on Monday issued a stinging rejection of a Green Party-backed request to recount paper ballots in Pennsylvania’s presidential election, won by Republican Donald Trump, and scan some counties’ election systems for signs of hacking.

In his 31-page decision, U.S. District Judge Paul Diamond said there were at least six grounds that required him to reject the Green Party’s lawsuit, which had been opposed by Trump, the Pennsylvania Republican Party and the Pennsylvania attorney general’s office.

Suspicion of a hacked Pennsylvania election “borders on the irrational” while granting the Green Party’s recount bid could “ensure that that no Pennsylvania vote counts” given Tuesday’s federal deadline to certify the vote for the Electoral College, Diamond wrote.

“Most importantly, there is no credible evidence that any `hack’ occurred, and compelling evidence that Pennsylvania’s voting system was not in any way compromised,” Diamond wrote. He also said the lawsuit suffered from a lack of standing, potentially the lack of federal jurisdiction and an “unexplained, highly prejudicial” wait before filing last week’s lawsuit.

Stein requested recounts in three states — Wisconsin, Michigan, and Pennsylvania, but only the Wisconsin recount was sanctioned. That recount is under a December 12 deadline.

It ain’t over ’till the crazy lady chants, “Selected Not Elected!”

Thank goodness. If the judge had ruled the other way, they’d have what, twenty-four hours or so do manage the whole recount? The recount results need to be certified by tomorrow, or they don’t count.

Not true. Tomorrow is merely the deadline for the safe harbor. If the state’s willing to forfeit the safe harbor the count could go on until shortly before midnight on the 19th, leaving just enough time for the finally-determined electors to vote.

In fact the count could probably go past the 19th; both sets of would-be electors could vote on the 19th, and then when the count was over whichever set it confirmed would send their votes in to Biden.

Forfeiting the “safe harbor” means that the House of Representatives would have to vote to decide which candidate gets Pennsylvania’s electoral votes. Even if they’d have the results of the recount and the non-binding opinion of the Pennsylvania Secretary of State to guide them. Particularly if they had both slates vote on the 19th and sent both.

This is a much bigger deal than you make it out to be.

Futzing around with constitutional crises and the legitimacy of the succession of governments has historically led to all kinds of bad things. Very, very bad things.

Now a Dem congressman is screaming at the top of his lungs that the EC must ‘do its duty as the Founders intended,’ to disqualify Trump & throw the decision to the House.

Self-awareness, they have none. They want 2 mutually exclusive things: use of the EC for their partisan purposes, and its abolition. But only in that order.

Disgust is too kind a word for what I feel about these hypocrites.

Still wish we had an edit function. Of course, the second ‘topper’ should be ‘toppers’.

She’s an elector, just like the other 537. If she wants a briefing she should get one.

I’d like a pony. Should I get one? Who will be paying?

They are not entitled to a damned thing except the outcome of the vote in their state.

She is voting for Clinton. What difference will a “briefing” make to her. None.

She gets a security briefing just because she wants one? Is that how it works?

Too bad Osama bin Laden didn’t think to make a similar request. He might not be sleeping with the fishes right now.

Stein got nuked there pretty badly. No federal jurisdiction, multiple reasons to abstain, none of the equitable factors on her side – little likelihood of success, hardship on the other side, irreparable harm of disenfranchising 2 million PA citizens if they miss the deadline tomorrow, etc. Stein’s expert witness had no experience in elections (but state expert did), and couldn’t get beyond the mere possibility of hacking (but couldn’t address safeguards that state expert pointed out). Plus she ran out the clock, waiting a month to file this case (and maybe 3 weeks to file the state court counterpart). Which again leans sharply against equitable (injunctive) relief.

Madonna promised to give you one if you voted for Hillary.

Would Obamacare cover all the shots you would need afterwards?

Dammit! I voted for one.

BREAKING: Wisconsin Recount Is Over And Trump Wins Again WITH MORE VOTES
http://americanlookout.com/breaking-wisconsin-recount-is-over-and-trump-wins-again-with-more-votes/

Completed Wisconsin recount widens Donald Trump’s lead by 131 votes
Just posted on the links at the side of this page.