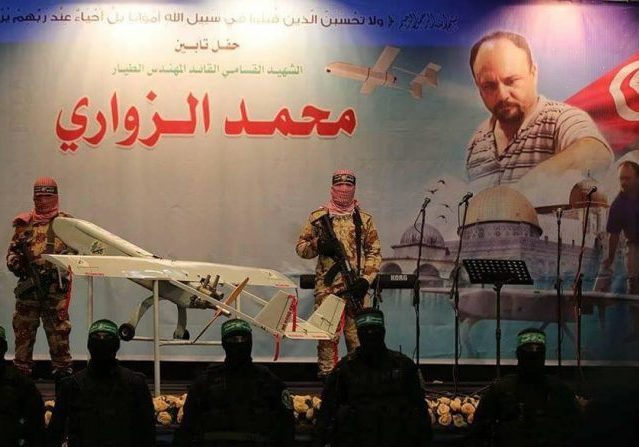 We previously reported on the assassination of a leading Hamas drone engineer in Tunisia.

Mohammed al-Zawari (also spelled Alzoari and al-Zoari), who also reportedly worked for Hezbollah, was killed in a hail of bullets while sitting in his car, not long after he had reportedly met with a woman claiming to be a Tunisian journalist living in Hungary.

According to [Tunisian Interior Minister Hedi] Mejdoub, a Tunisian journalist told local investigators that she was hired by foreigners posing as a media company planning to make documentaries in Tunisia for a Malaysian TV channel, including one about the aerospace industry in Arab states, and asked her to contact al-Zoari as one of the interviewees for the movie.

Paid 100 euros per day, plus expenses, the woman traveled to Tunis, filmed al-Zoari, and gave the footage to the company. In all, she received 2,000 euros for her work. Besides filming al-Zoari, she also rented a number of cars used in his assassination, Mejdoub said, adding that planning for the killing took place over months, since at least June.

Three days before Saturday’s hit, the interior minister said, a foreign man working for the media company contacted her and asked her to rent two cars, and told her to then leave the country the next day.

The journalist was in Budapest during the hit, and only returned to Tunis after it was carried out.

The prosecution has said that 10 suspects, all Tunisians, have been detained for questioning, including a female journalist, and that authorities have seized four vehicles and two weapons.

Mejdoub said two Tunisian nationals living in Sweden were also involved in the operation. The two rented an apartment in Sfax to tail al-Zoari and rented four cell phones.

“The organizers prepared two plans for two teams, in case one failed or was caught. The hit was planned meticulously and thoroughly,” he said.

Hamas blamed Israel, and so did Hezbollah:

A Hezbollah official responsible for managing relations with other Arab countries, Hassan Az a-Din spoke Thursday to the mother and brother of Mohammad al-Zawahri, a flight engineer who was shot to death last week at close range in his car in the city of Sfax, telling them that Israel was definitely responsible for his murder. 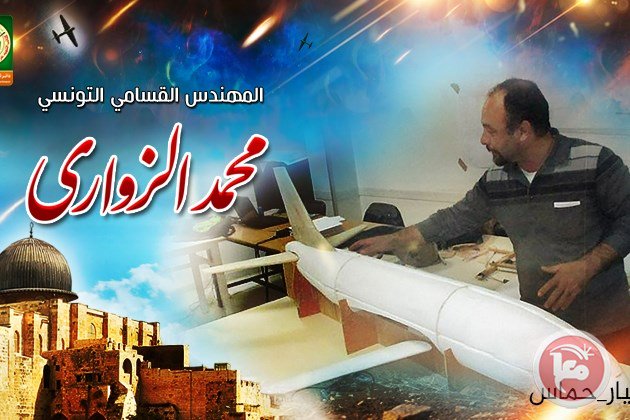 According to new reports, Zawari may have been even more important to Hamas and Hezbollah than previously thought, and may have been heading up a project to use underwater drones to attack Israeli offshore natural gas platforms.

Israel in recent years has discovered and is developing enormous natural gas reserves, and has installed air defenses around platforms, including a sea-based Iron Dome system.

Chief Hamas engineer Mohammad al-Zawahri, who was killed in Tunisia earlier this month, was reportedly working on drones and “remote-controlled submarines” for the Islamic terror group. A TV station in Tunisia recently aired footage allegedly presenting these projects.

“Israel knew he was a real threat and that is why it assassinated him,” al-Hiyari said of al-Zawahri. “There was a failed attempt to assassinate him several months ago as well.”

Alzoari was an aeronautical engineer who specialized in the manufacture of drones. For the last few years, he was employed by Hamas and Hezbollah. According to sources in Tunis, he also designed an unmanned naval vessel, apparently submersible and capable of attacking targets at sea.

According to the Israeli newspaper Yediot Ahronoth (the Hebrew language version of Ynet), al-Zawahari was involved specifically in targeting the natural gas platforms.

In death, al-Zawahari is being glorified by Hamas in a manner fitting the death of a senior and important commander.

Hamas also is building a Mosque in his honor. 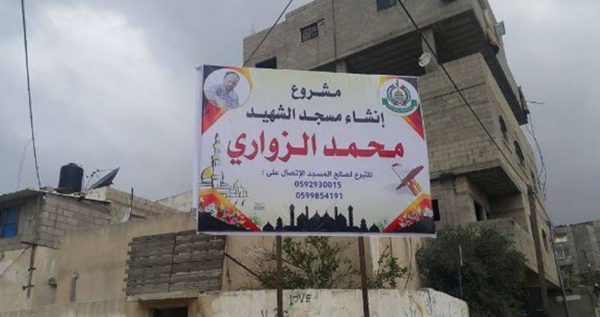 It was probably a group of Russian hackers with a grudge to settle.

It will be great when the enemies of the United States, both foreign and domestic, are eliminated in this fashion.

Obviously, an indication that Tunisia needs gun control. I propose sending them a few hundred Americans who have made it their life’s work to bring such to our shores. And when Tunisia is once again a gun-free paradise, they can stay.

And we can help them out with a great model for healthcare.

“. . . and may have been heading up a project to use underwater drones to attack Israeli offshore natural gas platforms.”

Muslims, always with the destruction of the achievements of others.

Drones designed to work against Israeli platforms can be used against ANYONE’S platforms.

Imagine what these groups could achieve if instead of spending billions on attempting to kill Jews they spent it on making the lives of the poor bastards who live under their rule better.

Well, that’s what they think killing all the Jews would accomplish.

An Israeli agent is innocently target shooting when a Hamas engineer absentmindedly wanders in down range. Mistakes happen. Move on.

No, it was probably a friendly fire accident. Happens all the time when people don’t watch the Eddie Eagle video.

Way to go! Probably Italian/Israeli/German/Polish Afd tourists returning the favor for the Tunisian Anus Amri plague on Europe. Keep up the good work. Sure hope President Trump 45 increases funding to this area by 1000s% – unlike GWB43 allowing Iranians to blow up US soldiers in Iraq w/o consequence. Take it to them courageous men & women!!!