Kairos USA at Annual Conference of U.S. Campaign to End the Israeli Occupation 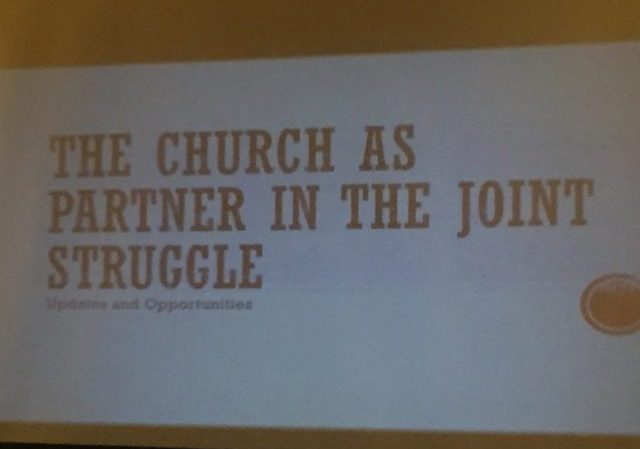 The U.S. Campaign to End the Israeli Occupation is one of the most virulently anti-Israel activist groups. Legal Insurrection recently covered how the US Campaign’s plan to hold a seminar on Capitol Hill was canceled when it became known just how extremist it was, Report: Pro-BDS event on Capitol Hill canceled after nature of group exposed.

This weekend the U.S. Campaign held its Annual Conference in Northern Virginia, attended by about 200 anti-Israel activists. Panelists and experts instructed activists within churches, academia, and community organizing on how to leverage their influence against Israel.

I attended the annual meeting. In this first report, I will focus on how plans were unveiled by Kairos USA, an anti-Israel church group, to ramp up the efforts to turn churches against Israel by leveraging concerns about Black Lives Matter within Black Churches, and the rollout of a new crowdsourcing and organizing portal, Palestine Portal. 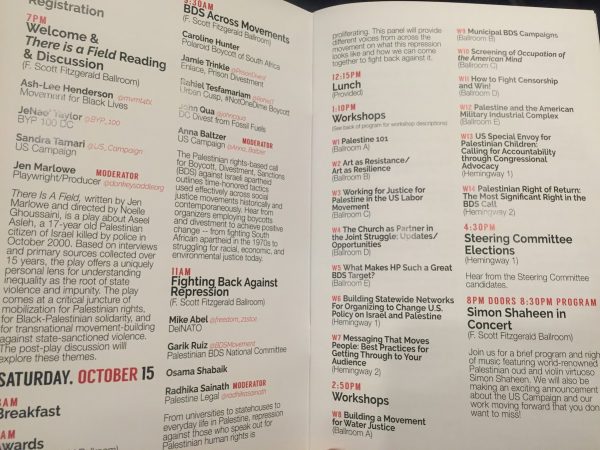 The workshop on churches was titled “The Church as Partner in the Joint Struggle, and was led by representatives of Kairos USA, an offshoot of Kairos Palestine, and at the center of most of the anti-Israel church activism.  About 25 activists were at this workshop.

Prof. Miriam Elman previously has written about the progressive Christian anti-Israel movement, so I won’t repeat all that background:

Kairos USA revealed their plans at to tilt the opinions of church congregants en masse against Israel. A three-week “congregational study plan” published the Israel/Palestine Mission Network of the Presbyterian church (U.S.A.) ostensibly “seeks to be prophetic in addressing things as they are” and to serve “as a call to action.” Sadly, while the course is likely to inspire action, the curriculum presents a historically and theologically convoluted perspective. The bias shows in the curriculum. Here are just a few examples:

In the educational materials, Kairos USA includes this totally discredited map which is so historically inaccurate and misleading that MSNBC apologized for once using it. 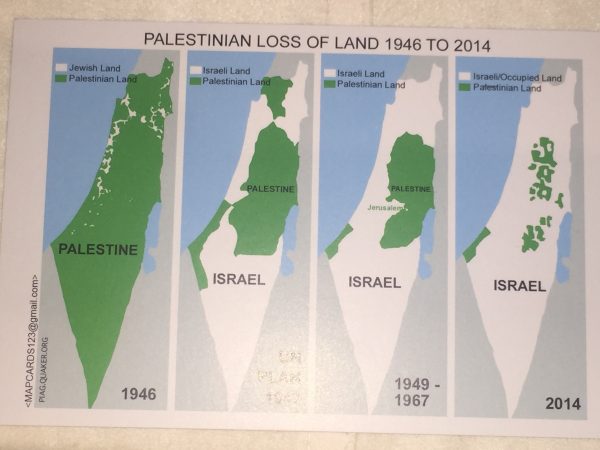 Dr. Elizabeth Corey, board member of Kairos USA, commenced the discussion of the workshop targeting church education. She is a professor at Emory’s Candler School of Theology—a United Methodist seminary. In addition, she serves as the director of the Youth Theological Initiative, training hundreds of young adults in advocacy. 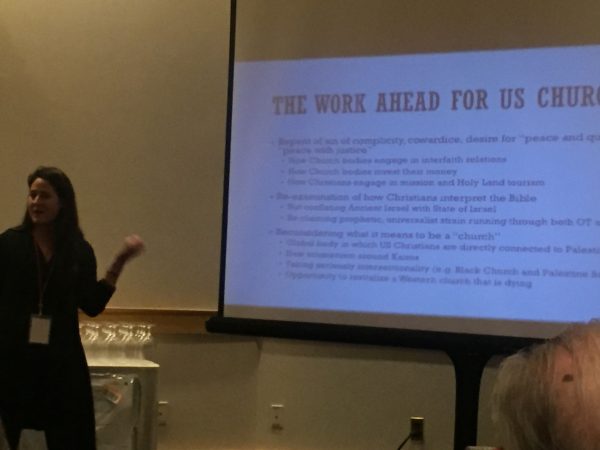 According to Dr. Corey, the message of the Christian New Testament regarding Israel was that “it’s not about the land, it’s not about the Temple.” Shockingly, she warned the audience not to “conflate modern Israel with ancient Israel.” According to her, modern Israel was founded “in 1948 by atheists”- despite the fact the Declaration of Independence attested to “placing our trust in the ‘Rock of Israel’” and the fact that three of the signatories were rabbis.

Dr. Corey further decried that so many congregants allow “this idea in Genesis 12:1” to deter actions against Israel. “Even progressive Christians are complicit in this,” bemoaned Dr. Corey. As a reminder, the beginning of the 12th chapter of Genesis reads, “Now the Lord had said unto Abram, Get thee out of thy country, and from thy kindred, and from thy father’s house, unto a land that I will shew thee: And I will make of thee a great nation, and I will bless thee, and make thy name great; and thou shalt be a blessing: And I will bless them that bless thee, and curse him that curseth thee: and in thee shall all families of the earth be blessed.”

Her solution to ensuring more clergy embrace her worldview is “countering Christian Zionist Holy Land trips with real ones”—what she refers to as “responsible tourism.”

Next up was Dr. Mark Braverman, the executive director of Kairos USA. Although he was a raised in Conservative Judaism, he is deeply opposed to the pro-Israel stances taken by most Jewish congregations. “I miss the synagogue. I mourn for what has happened to it. I couldn’t step foot in it today,” says Dr. Braverman. He further states that Americas are “complicit [in] ethnic cleaning and colonial occupation of Palestine.” 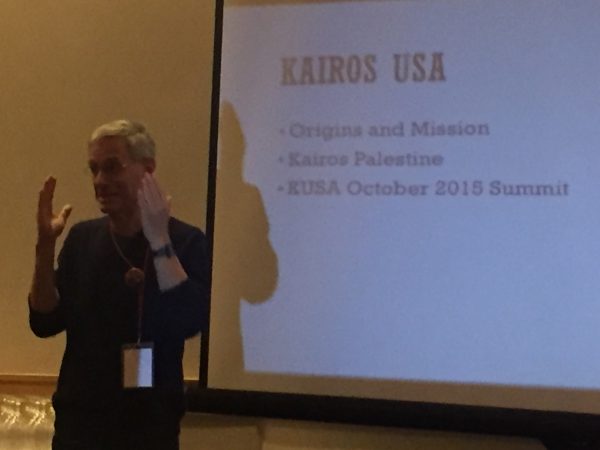 The Kairos USA presentation revealed a deep concern at the reluctance of congregants at churches across the United States to join the anti-Israel effort, in part because of outreach by Jewish groups. But Kairos clearly perceives an opportunity to change this reality by targeting ministers for biased tours of Israel (including Judea and Samaria) and dispensing their perspective through church-sponsored “educational” courses.

Kairos USA hopes to help establish better connections with the African American church community. This is viewed as a potential ally – linking the ” oppression” Palestinians to the civil rights issues/struggles in the U.S. This concept of “intersectionality” has been well documented as a prime organizing tool for the boycott movement.

One of the participants mentioned she had made progress with one of the leading black churches (the minister at that church) in Detroit . But the relationship went icy cold — the suspicion articulated was that the Jewish Federation or other pro Israel groups had pressured the pastor to end the relationship . Kairos USA indicated they want to know these issues when they arise– to help. The overarching concern was the fact church groups – main line and evangelical – continue aligning with Israel…particularly the parishioners continuing to express these pro-israel views even though the platform committees on national levels are moving in the opposite direction.

There was also mention of beginning a “clergy committee” to assist with this outreach / eduction , etc. And there will be an intensive effort to get HP products banned at churches: 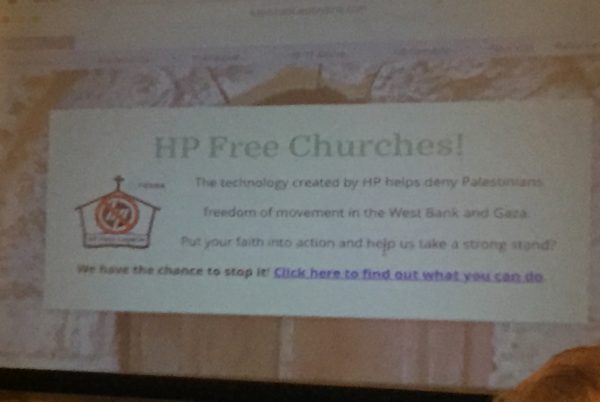 Kairos USA also unveiled a website, still under construction, to be called Palestine Portal. As of this writing, it’s still live at http://kairosusa.wpengine.com/

The purpose of the portal is to help anti-Israel church activists crowdsource their efforts and to put far-flung activists and groups in contact with each other.

Here are some screenshots of the portal as it is being build-out: 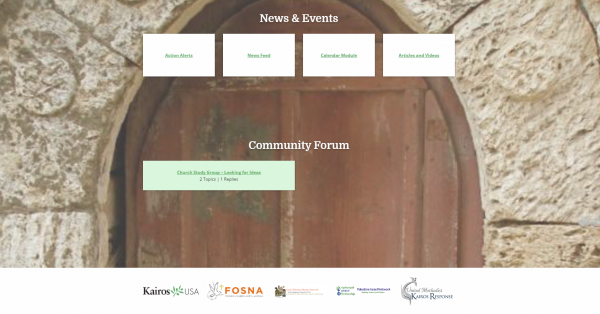 Here’s an example of the community forum where groups can interact – it’s still in prototype mode and these presumably are test entries:

All in all, it is clear that Kairos USA and the US Campaign are going to continue to focus on turning U.S. churches against Israel.

“The Church As Partner in the Joint Struggle”.

At first, I thought maybe the Marijuana Growers Association of America might have sponsored this.

I’m sure Jew Washer Braverman mourns his absence from synagogue—but not overly, as in his next breath, he explains that he can’t step foot in one.

Which just might be a hint as to what kind of a Jew he is.

Gradually this movement has become professional, younger, and more potent. In all peace movements there are moments of truth. Are you going to succumb to violence, or are you going to find non-violent means? The Israeli/Palestinian struggle is at a tipping point. How long can a people maintain their humanity while being assailed daily by violence, checkpoints, lack of potable water, high unemployment, far below the world starvation level in daily caloric intake, arrests of children in the middle of the night for rock throwing, a military occupation which denies Palestinians of due process, legal representation, and the rights to work in their own fields? How long would you remain silent? The BCS movement is focused at the heart—money. It is non-violent, it is well organized. I was present at the conference and there were no references to denying Israel the right to exist. The movement provides Israel an opportunity to live up to the fundamental tenets of its faith, eschew the violence, and to acknowledge the humanity of all human beings. The violence must end.