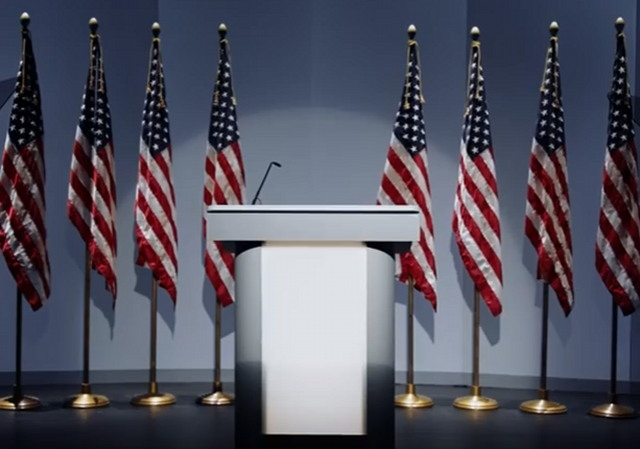 The AARP has started airing a series of ads meant to cause concern about the future of Social Security. It’s odd for them to show so much concern after pushing the financial disaster known as Obamacare.

The Huffington Post is angry about the advocacy group’s use of “conservative scare tactics.”

Television viewers across the country have been treated to some scary advertisements about the future of Social Security.

“Our next president needs to take action on Social Security, or future generations could lose up to $10,000 a year,” the narrator intones, as ominous music plays in the background.

Viewers might be surprised to learn that the ad is from the AARP, the country’s largest seniors group and a longtime defender of social programs for older Americans. It’s part of the nonpartisan group’s election-focused “Take A Stand” campaign, launched last November to pressure candidates to spell out their plans for shoring up Social Security’s finances.

The “Take A Stand” initiative rankled progressive retirement security advocates virtually from the moment it started, because it focused on getting politicians to propose any detailed plan ― and didn’t distinguish between reform proposals that would cut benefits and those that would not.

The new television ad has only heightened liberal concerns. Critics of AARP’s approach say that the influential seniors group, which has 37 million members across the country and incredible influence in Washington, is making Social Security’s financial challenges seem much more dire than they really are. In doing so, the group is playing right into the crisis framing favored by conservatives, who want benefit cuts to seem inevitable.

This is one of the ads the Huffington Post refers to:

It’s hard to feel sympathy for the AARP, which was instrumental in the passage of Obamacare.

If they’re so concerned about the fiscal solvency of Social Security, why did they betray their members by backing Obamacare?

I, likewise, am no fan of AARP, so they get no sympathy. I find it somewhat chilling, however, that we’ve now sunk to the point that any plea for fiscal responsibility is derided as a “conservative scare tactic.” Does no one except us lunatics on the right pay attention to the national debt?

Most people do not know that when Social Security uses up it’s trust fund – everybody takes a 20% cut in pay.

That was set up in the system when it was started in the 1930’s.

Any elderly person who doesn’t understand that AARP pursues its own interests, and not the interests of its members, should be checked for senility.

AARP does not represent me. I find it interesting that they post this warning, however.

The RATS know when the ship is sinking…

More college grads believe in UFOs than believe Social Security will be there for them when they retire, and for good reason.

We call them ‘politicians.’

I left AARP many years ago. Just another liberal tool.

Everybody is trying to make them seem inevitable.

Exhibit One: the univeral habit amongst the punditry of all stripes to lump SS in with “entitlements”, as if it’s some freebie which a generous government can scrap whenever necessary, rather than a consumer product for which the recipients have already paid a great deal of money.

the problem is the cuts are inevitable, the only reason SS is reasonable solvent is the baby boomers coming up the line, well that is about to change the boomers are going from putting money to to taking it out, so what are the politicians going to do to replace that money or make up the short fall.

SS is not reasonably solvent. The various administrations have been using your SS payments as general revenue by writing an IOU to the SS trust fund. There is no money!

so what are the politicians going to do to replace that money or make up the short fall.

The same way they pay for everything they can’t afford. They borrow, and they print more. Juggling interest rates and inflation makes this possible, though on increasingly ugly terms as time passes. Of course they’ve backed themselves into a corner on interest, which makes one of the traditional tools almost useless. But the printing presses still work. The cute name for printing money is “quantitative easing”. Inflation makes it a bit easier to keep up with rollover debt; hence the terror in the financial pages of “deflation”, by which they don’t really mean deflation, but lower inflation.

This situation will continue under almost any conceivable scenario. The last time the Federal government took in more money than it spent was when Eisenhower was President, and that was only for two years. Congress is simply not set up to save money, and nobody is even talking about any realistic way to change that.

The Social Security money is not kept in a big locked box somewhere. In practice, it’s an account, not a fund. Governmental departments are always borrowing from each other. At least in principle they keep track of this borrowing. That’s the “internal” government debt. The “external” debt is the one everybody worries about; that’s in bonds held by the public (that is, the Chinese). The only reason modern countries can survive economically is that there are always buyers for bonds (even for notorious deadbeats like Argentina); the only trick is that the terms have to be attractive. And that means interest, and a good credit rating—miserable credit requires higher interest, and sometimes a few other tricks; again, see Argentina.

So how can countries continue to pay more money than they can collect? Mainly by manipulating the value of their currency; i.e., “quantitative easing” and inflation. The lack of this option is how Greece ran into acute trouble last year.

Social Security is an insurance program. If properly run, it would pay for itself, like any insurance program. Of course since it’s a government program, the notion that it’s properly run is pretty much off the table right from the get-go. Rates have to be set by somebody who knows how to read actuarial tables. Otherwise, the program will lose money. Changing the terms to reflect actuarial reality might be a good idea (which, I suppose, means that it won’t even be considered).

I’m so sick of AARP and social security. The system was designed for people to die before needing it and now it is used to jerk around those who are on it every election cycle. The system can’t be fixed and politicians get more out of scaring people than allowing people to design their own retirement system.

I have never been a member and will not become one …
between AAA and retired Military … do not need them
they keep sending mailers to me … even through I have
written to them asking them to stop …
but that is OK too .. it helps keep the shredder clean …

Same here, CT. I’ve even written, in big black marker, “Not Interested” across the mailing, then stuffed it back in their postage-paid reply envelope and sent it back. Does no good whatever.

You always hear the “news” refer to them as an advocate for the elderly. Absolute nonsense.

And most people think of the discounts they can get with their AARP card.

The sole purpose of the card & its discounts is to provide AARP with a captive audience for their advertisements for their insurance.

It is a so-called “Medi-gap” insurance – covers what Medicare does not. Competes directly against Medicare Advantage.

In other words: AARP sold out, for their own profit, senior citizens nationwide. The very people they claim to be advocates for.