Still not an apology. 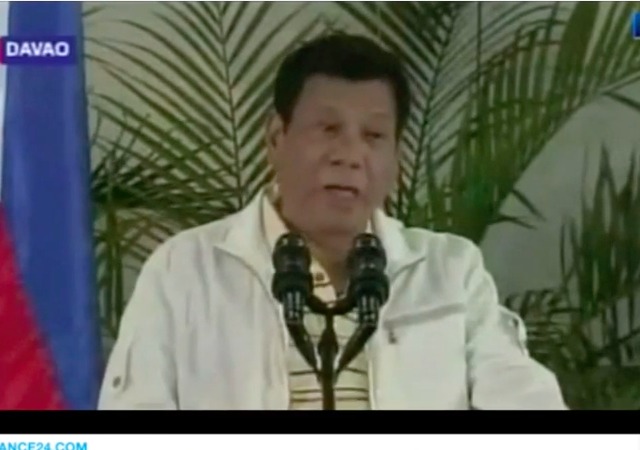 President Barack Obama cancelled a meeting with Philippine President Rodrigo Duterte called him a “son of a whore” on Monday. Now Duterte regrets using the language:

“While the immediate cause was my strong comments to certain press questions that elicited concern and distress we also regret it came across as a personal attack on the US president,” a statement released by Mr Duterte said.

Duterte didn’t like the fact that Obama wanted to talk to him about his war on drugs. Since Duterte took office, officials have killed almost 2,000 suspected drug dealers. Photos from the media have shown these people “often bound hand and foot, shirts soaked in blood, their faces sometimes covered in duct tape, wearing crude signs proclaiming their alleged crimes.”

In his typical foul-mouthed style, Duterte responded: “I am a president of a sovereign state and we have long ceased to be a colony. I do not have any master except the Filipino people, nobody but nobody. You must be respectful. Do not just throw questions. Putang ina I will swear at you in that forum,” he said, using the Tagalog phrase for son of a bitch. Some translations have suggested the phrase is closer to “son of a whore.”