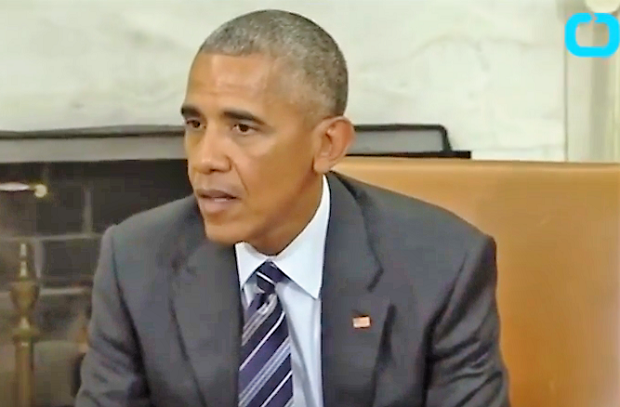 Despite France’s recent acknowledgement that it fights Islamic terrorism on a daily basis and last year’s warning that ISIS has targeted our refugee program, the Obama administration has announced that it is has raised the refugee target for 2017 to “at least 110,000.”

The Obama administration will seek to accept 110,000 refugees from around the world in fiscal 2017, according to Secretary of State John F. Kerry.

Kerry briefed lawmakers Tuesday on the new goal, which is an increase from 85,000 in fiscal 2016 and 70,000 in the previous three years. It represents a 57 percent increase in refugee arrivals since 2015, as ongoing conflicts in Syria, Iraq and elsewhere have spurred an exodus of migrants seeking asylum in Europe, Canada and other regions.

A senior administration official, who asked for anonymity because the policy has not yet been officially announced, said the target “is consistent with our belief that all countries should do more to help the world’s most vulnerable people.”

The official added that Kerry told lawmakers “that if it is possible to do more” in terms of accepting refugees, “we would.”

Representative Bob Goodlatte (R-Va.) notes that the administration should be focused on reforming the process of accepting refugees into America, including both the screening process and their placement in communities across the nation.

House Judiciary Committee Chairman Bob Goodlatte (R-Va.) criticized the decision, saying policymakers should focus on reforming the nation’s system for admitting refugees rather than having the White House set goals.

“For generations, the United States has been a safe haven for people fleeing persecution. We must remain compassionate toward refugees but we also need to make sure that we use common sense,” Goodlatte said in a statement. “Unfortunately, President Obama unilaterally increases the number of refugees resettled in the United States each year and gives little thought as to how it will impact local communities. The president also continues to ignore warnings from his own national security officials and plans to bring in even more Syrian refugees over the next year.”

The administration, however, has merely said that refugee screening process is “the most rigorous of any traveler to the U. S.” and appears unconcerned about security warnings and clear indicators that ISIS and other terrorist groups are using the refugee crisis to send “soldiers” throughout Europe and into the U.S.

The increased goal is being announced before Obama is set to address the UN General Assembly regarding his efforts.

Many Republicans, including Trump, have questioned whether terrorists are managing to enter the country through the asylum process. Administration officials say refugees are subject to the most rigorous screening of any traveler to the United States.

Last year, the administration indicated it planned to admit at least 100,000 refugees in the coming year, but the new target surpasses that goal. President Obama is hosting a summit on refugees next week at the United Nations General Assembly, where the United States and other nations will showcase their efforts to address what has become a global humanitarian crisis.

In usual prog fashion its the “elsewhere” that is where attention should go. The elsewhere in this case is sub-saharan Africa. Congolese fleeing something or other are headed to Missoula Montana and no doubt other outposts in or near rural America. Kerry has learned to lie well, but then again he’s had the best teachers.

We have refugees in our town. Their women weary rival-religious headgear and they drive new Toyotas.

But no Christians or Jews.

The Pres said we do not have a religious test for refugees, that would be un-American.

So he has a de facto test – Muslim, you’re in; Christian or Jew, you’re out. Simple.

…and Lame-Duck President TeeTime can commit a future President to a course of conduct how?

So how is the whole Arab Spring thing working out? Can someone remind me?

Well, I do know that the UN has really helpful in the Syria conflict. Assuming their job is to do nothing for years except beg everyone else to take millions of refugees that end up terrorizing the generous or clueless countries which welcomed them.

Love ya Fuzzy, but you should have made the headline “obama importing more liberal democrat voters to take money from the taxpayers”.

In a way, isn’t Obama admitting that his brand of diplomacy is a major failure? Wasn’t this the same man who was going to bring various warring factions to negotiate simply by the sheer force of his charisma?
If Obama achieved half of what his supporters claimed he was capable of in 2008, there wouldn’t be anywhere near 110,000 refugees to admit.

Gotta love a “humanitarian” who is about to move from his gated and guarded palace into a $22,000 a month mansion, where he will still enjoy 24/7 armed security, dumping hundreds of thousands of hostile “refugees” into other peoples’ neighborhoods.

It is an invited invasion force for votes so that the Left can gain full control of the government and our lives and that is not counting on what happens when Islam infects a nation! For example: England, France, Sweden, so on so forth.