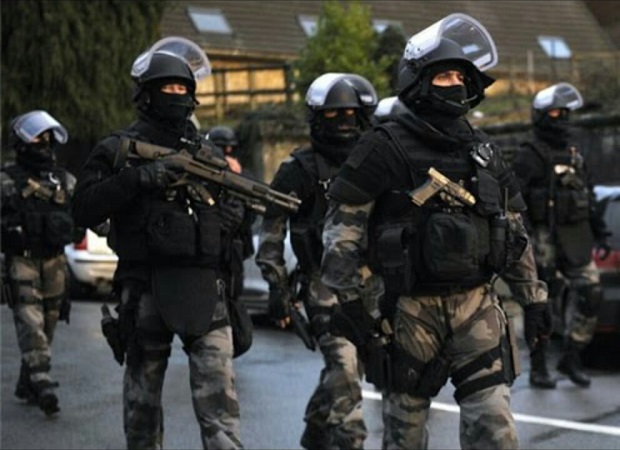 France, home to one of the Europe’s largest Muslim population, is facing an uphill battle against Islamic terrorism. According to France’s Prime Minister Manuel Valls, security forces have been foiling terror plots “every day” and warned of more terrorist attacks in the near future. French officials estimates that around 15,000 radical Islamists reside in the country — and going by the current EU-wide trends — these numbers were only expected to go up.

“We have nearly 700 French jihadists and residents, who are currently fighting in Iraq and Syria,” Valls told French media, adding that this number included “275 women and dozens of children.”

The French prime minister’s statement comes at a time when the city of Paris is on maximum alert after police busted an ISIS terrorist cell that planned to bomb the Paris’ iconic Gare de Lyon railway station. Paris-based broadcaster France24 writes:

Valls said that nearly 15,000 people are believed to have been radicalised in France. He added that, overall, 1,350 have been jailed and are under investigation, 293 of whom are being held on suspicion of having direct ties to terrorist networks.

France is not alone. The worrying news from Paris comes on the heels of new revelations from Germany’s Interior Minister Thomas de Maiziere, who said that the Islamic State in Syria and Iraq continues to send “hit teams” into Europe under the cover of refugee influx. In July, a wave of terror attacks hit Germany ordered by the Islamic State and carried out mainly of migrants overtly seeking refuge from supposed war-zones.

Interior Minister Thomas de Maiziere has warned that more than 520 Islamist militants could carry out attacks at home. He also described how terror “hit teams” could be smuggled into the country, under the radar. (…)

“The hit teams are secretly smuggled into Europe and prepare their actions without being noticed, as we saw with the attacks in Paris and Brussels.”

“But it’s even more difficult to uncover the fanatical lone wolves,” the minister said, adding that there is a real and present danger from both threats.

A steady rise in local Muslim populations in European countries like UK, France, Germany and Belgium — dramatized by uncontrolled mass migration that began almost a year ago — has greatly increased Europe’s vulnerability to global Jihadi warfare. Mass migration into Europe, largely due to Germany’s near-fanatical insistence on open borders, has also paved an expressway for trained ISIS recruits and operatives wanting to move into and across Europe. Europe’s ill-advised Open Borders Policy is unlikely to change until the next year’s German General Elections.

Unwilling to confront ideology of Islamism head on — lest it offends Muslim populations at home and abroad — Europe is left to fight Jihadi terror on a piecemeal basis. Playing Russian roulette on the continental stage is Europe’s idea of dealing with Islamic terrorism.

Those who do not remember the lessons of history are doomed to repeat them.

Western nations cannot open their doors to marauding hordes from backward nations who embrace a barbaric ideology that preaches ‘death to unbelievers’ for 1300 years, and expect any good to blossom.

Here’s another famous saying: Insanity is doing the same thing over and over and expecting different results.

Europeans are paying a high price to enable the cover-up of consequences from Obama, Clinton, and anti-native factions’ progressive wars and class diversity (i.e. racism) policies.

Well, is safe to say we that are waiting for the next crusade or is that to much to hope for to save western civilization?