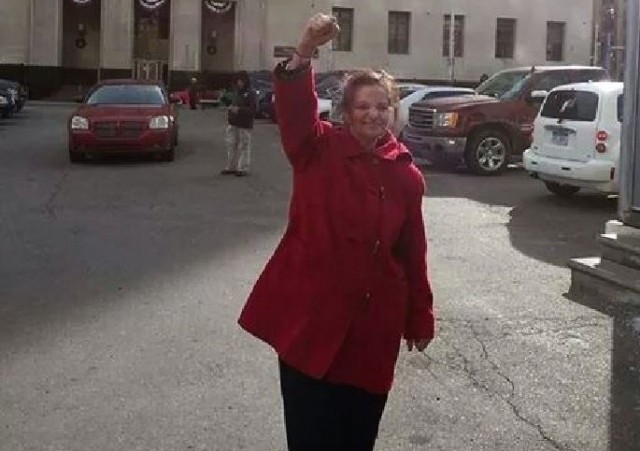 Rasmea Odeh is the terrorist member of the military wing of the Popular Front for the Liberation of Palestine who was convicted in Israel in 1970 of the 1969 bombing the SuperSol supermarket in Jerusalem that killed two Hebrew University students, Edward Joffe and Leon Kanner. 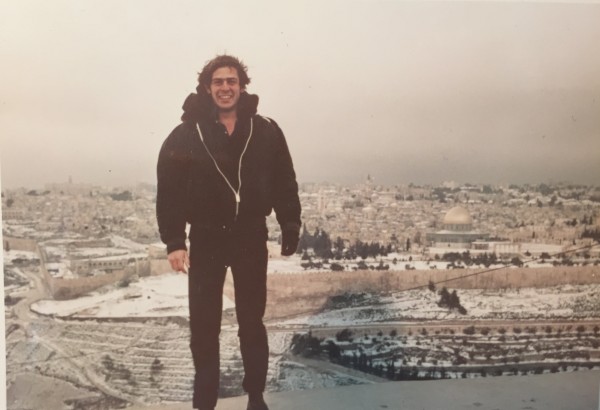 Rasmea made her way to the U.S. in the mid-1990s, where she lied on her visa application by denying any prior convictions or imprisonment, and again in her 2003 naturalization application when she repeated the same false answer. For more background, and how Rasmea’s supporters have distorted history, see Rasmea Odeh rightly convicted of Israeli supermarket bombing and U.S. immigration fraud and Rasmea Odeh’s victims – then and now. 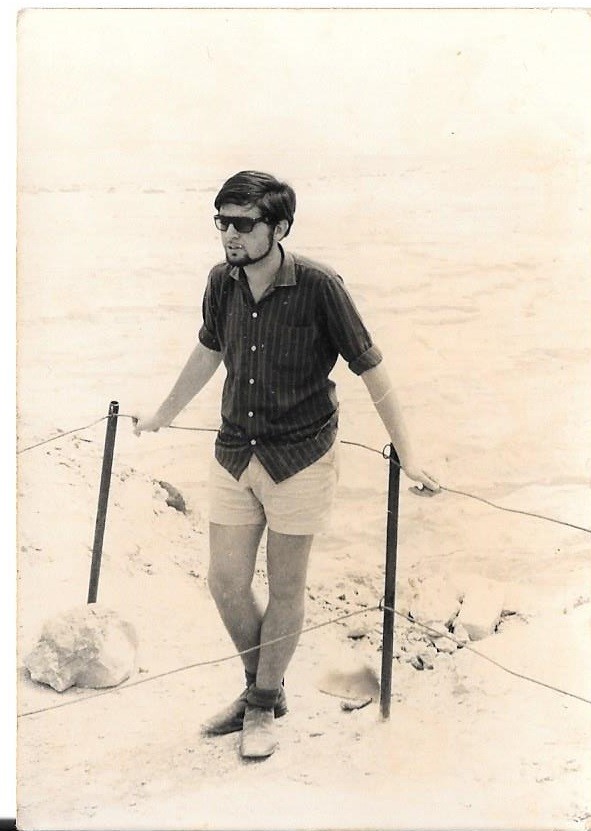 Rasmea has become a hero to the anti-Israel movement in the U.S., which falsely claims she confessed to the supermarket bombing only after 25 days of horrific sexual torture. In fact, the records show she confessed the day after arrest, there was substantial corroborating evidence, and she received a trial that an observer from the International Red Cross termed fair. Rasmea’s main co-conspirator has said in a video interview decades later that Rasmea was the mastermind.

The Court of Appeals sent the case back to the trial court (but did not reverse the  jury conviction) to hold a hearing as to whether Rasmea should have been permitted to call a PTSD expert to testify in the original trial to bolster Rasmea’s claim that she did not knowingly lie. If the trial court rules that the PTSD defense does not meet the scientific standards required for such testimony, then the conviction stands. If the trial court rules the expert testimony admissible, then there will be a new trial in January 2017.

That PTSD defense is highly unusual because Rasmea does not claim she blocked out memory of her conviction and imprisonment, but rather, that her trauma caused her to misinterpret the question of whether she “EVER” (caps and bold on original naturalization form) had been convicted or imprisoned. There is serious question whether this novel and speculative defense can pass the test for expert testimony in federal court.

The court will hold the hearing on the PTSD expert on November 29, 2016, but in advance of that, granted the prosecution’s motion for a government expert to conduct a mental examination of Rasmea similar in length to that conducted by Rasmea’s own expert.

Rasmea’s defense team then moved to cancel the court-ordered mental exam, arguing that the exam would be “triggering” to Rasmea. Alternatively, the defense sought to modify the exam, requiring detailed disclosure as to the government’s expert, his/her qualifications, the methods to be used during the exam, to have a friend/ally present during the exam, to cut back the time of the exam, and to move the exam to DePaul Law School, a location Rasmea’s defense team argued would be more neutral than the prosecutor’s office.

We examined the motion to modify and the government’s response in these posts:

The Court just ruled, and almost entirely upheld its prior order. The Order is embedded at the bottom of this post (and also in pdf. form here).

The only concessions to Rasmea’s defense team were that the prosecution has to tell Rasmea’s lawyers the name of the expert but no more information and that name is for “attorney’s eyes only” and cannot be shared with Rasmea’s supporters or the public. Additionally, the exam can take place at DePaul Law School of such other location as the parties agree upon. Otherwise, it’s full steam ahead for the mental exam as previously ordered.

Here are the key portions of the court ruling.

As to the remainder of Defendant’s requests, the Court is not persuaded that the additional disclosures and modifications are warranted under the circumstances. Defendant will obtain the curriculum vitae information of the Government’s expert at the time the expert reports and disclosures are exchanged….

The Court also finds that disclosure of the expert’s testing and procedures is unwarranted and could compromise the examination if Defendant were apprised of thetests to be administered. Additionally, Defendant may not have a companion attend
the examination, which would undermine the integrity of the examination….

The Government shall disclose the identity of its Expert on or before September 29, 2016. The identity and disclosure shall be limited to the attorneys’ eyes only and specifically, shall not be disclosed to the Defendant’s supporters, the general public or the media.

As I have mentioned many times before, the point of the PTSD defense is not that Rasmea actually had PTSD such that she misinterpreted the clear questions. Rasmea’s own prior testimony disproves that claim, as she testified that she decided not to reveal the terrorism and murder conviction and imprisonment because she thought “EVER” only applied to her time since arriving in the U.S. Instead, Rasmea and her legal team seek jury nullification, the hope that a jury will feel sorry for what allegedly happened to her in prision 45 years ago, and will not convict her for that reason.

That is why the expert hearing on November 29 is so important. 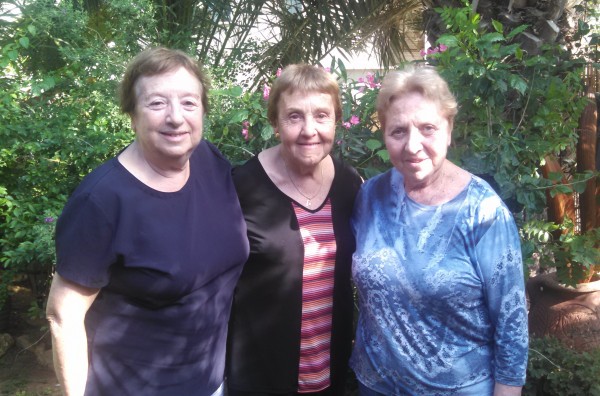 The Hamas Charter http://middleeast.about.com/od/palestinepalestinians/a/me080106b.htm
states the signatories’ intent to destroy their own souls “in the path of Allah.”

The depravity on display in this trial suggests that they are succeeding.

She really looks like someone with PTSD with that raised fist.

The court has bent far to allow this defendant full and fair treatment. No problem with that, hard as that may be to swallow with this murdering fraud.

But after this straw blows away, it’s still going to be eighteen months followed by a one way ticket to Gaza. With luck, someone will introduce her to an Israeli drone missile.

We all know whats going to happen once they know the name of the therapist, they will complain that person is biased against her and run blocking against being examined…oh plus the name will somehow make its way in to the public space!

Secondly they will drag their feet around agreeing a venue for the examination.

Who in their right mind would think of sexually assaulting that pig?

What kind of crazy, up-side down, mixed-up legal world are we living in? Is all this effort being expended because she lied? She does not dispute that she had been arrested and convicted.

Why can’t she be deported immediately? Sure is nice to have her cake and eat it too.

Yes, it’s all because she lied. The fact of her arrest and conviction are irrelevant; we don’t deport people just because some other country arrested or convicted them on some charge. On the contrary, we often welcome such people with open arms, if we think the arrest and/or conviction makes them better people rather than worse ones. But we demand that they tell us about it, so that we can decide what sort of case it is, and we deport them if they lie to us.

She can’t just be deported now because she has constitutional rights, just like anyone who is in the USA.