Court: Farmers can continue suit against EPA over release of personal info to environmental groups

Court: Farmers can continue suit against EPA over release of personal info to environmental groups 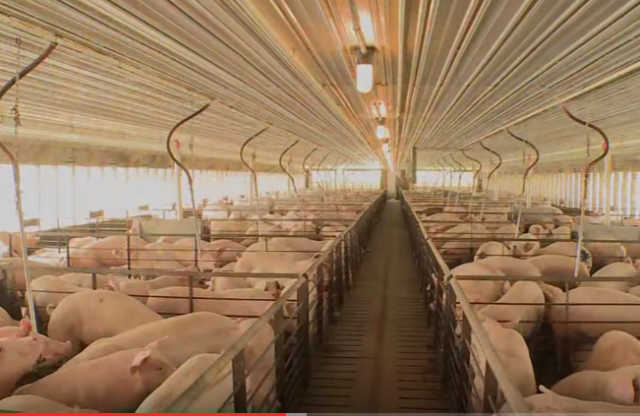 Last week, GOP presidential candidate Donald Trump said he would battle the “regulatory industry” that has prospered under President Obama.

The Environmental Protection Agency has been the tycoon of this industry. Now, in what is hopefully a sign of turnaround, a court has ruled in favor of American farmers who have been pitted against the agency in a Freedom of Information Act lawsuit.

A federal appeals court recently overruled a lower court decision to throw out a lawsuit brought by the National Pork Producers Council and the American Farm Bureau Federation against the U.S. Environmental Protection Agency over its release to environmental groups of personal information on tens of thousands of farmers.

In late 2015, a U.S. district court dismissed the NPPC-Farm Bureau suit for lack of standing. But the U.S. Court of Appeals for the 8th Circuit in St. Louis ruled that “the associations have established a concrete and particularized injury in fact traceable to the EPA’s action and redressable by judicial relief.”

“EPA’s release of sensitive, private and personal materials on more than 100,000 farmers and ranchers was an outrageous abuse of its power and trust,” said NPPC President John Weber, a pork producer from Dysart, Iowa. “We are very pleased with the Court of Appeals’ decision to reinstate our lawsuit to prevent the EPA from doing this again.”

The case stems from the federal agency’s 2013 release to three environmental groups of a vast compilation of spreadsheets on American livestock producers.

The spreadsheets contained personal information about farmers and ranchers who raise livestock and poultry in 29 states.

The case also related to similar personal information from farmers and ranchers in seven additional states that had yet to be released.

Why should these farmers worry? After all, animal-rights and environmental activists are always so respectful, restrained, and reasonable!

The farmers’ legal counsel expressed the concern of her clients:

This was an unwarranted invasion of personal privacy by a federal agency in violation of law,” said AFBF General Counsel Ellen Steen. “The court’s decision is a vindication of the right of farm families to control their own personal information. Farmers and ranchers have a strong privacy interest in their personal information, including their home address, even when they live and work on the farm.”

Farm families usually live on the farm and the court took note that EPA’s disclosures in this case could facilitate unwanted contact and harassment of farmers and ranchers by the FOIA requestors and others. According to Steen, “this case assures us that individuals still have a privacy interest in their personal information. The fact that government agencies may have that information and even store it on the Internet does not eliminate the individual’s privacy interest.”

According to the court, “EPA’s release of the complete set of data on a silver platter, so to speak, basically hands to the requesters a comprehensive database of their own, whatever their motives might be.”

Truly, the EPA has been polluted by eco-activist tyranny. Because it has failed to do focus on its original mission, citizens of Calumet City are awaiting lead and arsenic test results with trepidation, and the agency is now facing a bipartisan bill that would essentially hold it fully responsible for the Gold King Mine spill.

I wish the NPPC and AFBF good luck going forward with this case.

I don’t suggest anyone hold their breath until a bureaucrat loses their job over it.

Our Government has been turned against us…

The bureaucracy is an entity to itself. Even without a Democrat Party – the bureaucracy would continue to persecute hard working Americans.

The green blight represented by environmentalist lobbies is notable for its injustice to flora, fauna, and people, too. There is also a strong correlation between blighters and twilighters, especially in their overlapping and peculiarly selective principles (i.e. “content of character”).

Durn pig farmers! They need to learn their place in the elitists’ pecking order.

Oh, wait, pecking order. That would be chicken farmers.

As a retired Marine, I’ll just say if a Marine or Civilian within the Marine Corps had released private information the consequences would be severe. Hell, as a former contractor who worked on authorized and contracted Marine Corps studies, the Marine Corps would establish pseudo SSNs for the study and pass that information to us. There was no PII involved…it was taken very seriously.

I’m not sure why the rest of the Government doesn’t have to abide by the same rules. Oh…wait….these are political operatives. Never mind.

Seems to be a recurring problem

They will keep on doing it until someone gets heavy jail time.

So the farmers win and the EPA is fined. Well, who pays the fine? The taxpayers.

You haven’t seen anything yet.

The Consumer Financial Protection Bureau ( part of the Federal Reserve ) is gathering up and storing all data on every mortgage and credit card transaction.

What does Trump propose to do when the Federal regulatory agencies, which are thoroughly corrupted by progressivism, simply ignore him and do what they want anyway? Any scandals that result will be blamed on Republicans, a bonus for them.