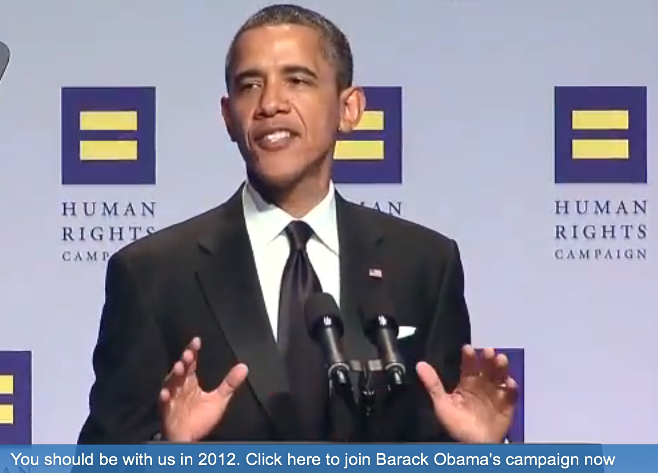 In all of this past week’s flurry IRS news: Lois Lerner and other IRS’ officials hard drives crashing, emails showing Lerner targeted Sen. Chuck Grassley, and the IRS Commissioner telling Congress they’ve done nothing wrong — some news got lost in the shuffle.

The IRS did do something very wrong, admitted it and paid a significant fine to resolve it.

Two years after activists for same-sex marriage obtained the confidential tax return and donor list of a national group opposed to redefining marriage, the Internal Revenue Service has admitted wrongdoing and agreed to settle the resulting lawsuit.

The Daily Signal has learned that, under a consent judgment today, the IRS agreed to pay $50,000 in damages to the National Organization for Marriage as a result of the unlawful release of the confidential information to a gay rights group, the Human Rights Campaign, that is NOM’s chief political rival.

“Congress made the disclosure of confidential tax return information a serious matter for a reason,” NOM Chairman John D. Eastman told The Daily Signal. “We’re delighted that the IRS has now been held accountable for the illegal disclosure of our list of major donors from our tax return.”

This admission by the IRS goes back to the vicious fight over the Prop 8 vote in California where HRC and its allies resorted to releasing donation information of individuals and harassing those traditional marriage supporters at their homes and businesses.

In February 2012, the Human Rights Campaign posted on its web site NOM’s 2008 tax return and the names and contact information of the marriage group’s major donors, including soon-to-be Republican presidential nominee Mitt Romney. That information then was published by the Huffington Post and other liberal-leaning news sites.

HRC’s president at the time, Joe Solmonese, was tapped that same month as a national co-chairman of President Barack Obama’s re-election campaign.

Eastman said an investigation in the civil lawsuit determined that someone gave NOM’s tax return and list of major donors to Boston-based gay rights activist Matthew Meisel. Email correspondence from Meisel revealed that he told a colleague of “a conduit” to obtain the marriage group’s confidential information.

No matter what one’s stance is on same-sex marriage, everyone should be appalled at the blatant disregard of privacy protection and free speech rights shown in this case by the IRS and gay rights groups.

As a long-time vocal critic of the radical left-wing politics the Human Rights Campaign endorses in the name of gay and lesbian Americans, I am not surprised that HRC is knee-deep in Nixonian tactics of the Obama IRS. It is a shame that those who claim to have the high ground in “the new civil rights” movement don’t respect the basic privacy and free speech freedoms of all Americans.

Today’s lesson boys and girls: when any government institution is fined or loses a lawsuit who pays for it?

Answer: the taxpayers. **NOT** the dimwits who did the deed in the government institution.

Unless people are **fired** or civil servants personally pay fines and judgements against them absolutely **NOTHING** is going to change.

Whatever specific information was released about each Prop 8 supporter, corresponding information about the lawbreaker who released it should be made public as well. This is far more valuable than the cash settlement.

What’s that – .001364% of the annual paper clip wastage allowance for the Janitorial Division of this behemoth?

with OUR MONEY. How about denial of pension for deliberate crimes?

How about arrest and conviction? When government workers no longer have accountability to the people they serve, it’s no wonder stuff like this happens. They know they can pretty much do anything they like with no consequences.

And then they go to jail!

Not only that, in this administration, you get the same pension if you’re venal, political and leftist, plus a promotion and a bonus.

It is a shame that those who claim to have the high ground in “the new civil rights” movement don’t respect the basic privacy and free speech freedoms of all Americans.

Because when you’re on the “wrong side of history,” you automatically forfeit all basic rights, don’cha know?

Welcome to the new fascism. Same as the old fascism.

Marvel at the diversity. Embrace the rainbow!

[…] Bruce Carroll at Legal Insurrection points out that there was so much news in the IRS scandal this past week that news of the NOM settlement got very little coverage. He also points out that this was related to the bitter 2008 battle over Prop 8 in California, which I wrote about at the time: “Gay Rights, Gay Rage.” Also, remember when it was disclosed that Barbara Bosserman, the Justice Department attorney investigating the IRS scandal, had donated money to the Obama campaign? […]

Important points: A $50K settlement means jack shit. That’s our money and that’s all it cost them. No accountability whatsoever is attached to this.

Next, the Lerner/TEA Party targeting story is missing an extremely important element: The Joooos.

The sleeper case that could bust open the IRS scandals

The absence of any official judicial inquiry into the inner workings of the IRS processes is why it is so important to note that yesterday saw the beginning of the discovery phase in the lawsuit by Z-Street a pro-Israel organization that was told its application for tax exempt status was being delayed because:

…these cases are being sent to a special unit in the DC office to determine whether the organization’s activities contradict the Administration’s public policies.

What makes the Z-Street case unique and potentially extremely damaging is that its lawsuit was filed in August 2010. That filing placed the IRS under legal obligation to preserve records. The Wall Street Journal’s Review and Outlook column explains:

Under the Federal Rules of Civil Procedure and legal precedent, once the suit was filed the IRS was required to preserve all evidence relevant to the viewpoint-discrimination charge. That means that no matter what dog ate Lois Lerner’s hard drive or what the IRS habit was of recycling the tapes used to back up its email records of taxpayer information, it had a legal duty not to destroy the evidence in ongoing litigation.

They actually conceded that Democratic activities are not political, and Republican ones are? Why are these people walking free? Why don’t even most of us know this?

Admit guilt or face discovery. Discovery in a case filed BEFORE the incriminating emails “disappeared”.

What a waste of energy & time to “fine” a govt agency. Just means some other responsibility gets short shifted. Or that fine is money that should have been recouped by the feds under a “fraud, waste & abuse” criteria.

A fine not personally paid by the employees involved in meaningless. Also, why wasn’t there a criminal prosecution for the release of those records?

You have to ask, with the Holder Dept of (in)Justice being the hypothetical prosecuting party?