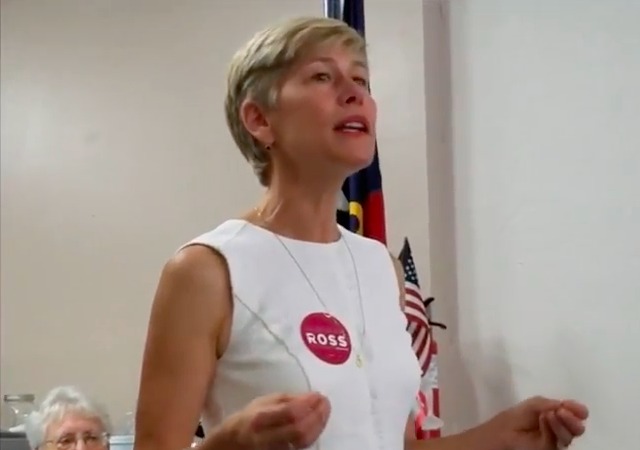 The GOP has panicked lately about their majority in Congress, especially in the Senate, as the party divides over Donald Trump and the lack of fundraising. Their worst fears appear to becoming true in North Carolina, once seen as a lock for the GOP. The Wall Street Journal reports that Democrat Deborah Ross may beat two term GOP Senator Richard Burr.

The Democrats also gained a rise because Democrat presidential candidate Hillary Clinton has placed North Carolina high on her priority list. Ross tends to climb the polls as Clinton does the same. When Clinton went up nine points, Ross found herself up two points on Burr for the first time in the election.

The Democrats have also decided to begin drives to build support while there is barely a whisper from the Trump campaign:

Nowhere are the concerns greater than in vote-rich Mecklenburg County, which has absorbed many of the more than half a million new arrivals to the state since Mr. Burr’s last election in 2010, as banks like Wells Fargo have expanded their Charlotte hubs, and begun sponsoring events like an LGBT festival and parade this past weekend.

On Tuesday, the Mecklenburg County Democrats, joining with presidential nominee Hillary Clinton’s campaign, will mount a voter-registration drive, hoping to energize Democrats, especially African-Americans who account for almost half of the party’s registered voters in North Carolina.

Ross has been campaigning hard during the year by connecting with voters, “participating in events like one in Wilmington, N.C., last Tuesday with roughly 50 people, mostly African-American women.” She told them she will stand firm on gun control legislation and propped up Obamacare. She also reminded them that Burr opposed Loretta Lynch for attorney general, the first black woman to serve at that post.

On the other hand, Burr just now started running TV ads and has remained semi-quiet on the campaign trail. He said he will wait until after Labor Day because then people will pay attention since kids will start school and families are finished with vacations. Yes, this has worried GOP:

“I look at the last three weeks as the most important part of the campaign,” Mr. Burr said in an interview. “I know that’s how we’re structuring my campaign—building up to that three-week sprint.”

That worries some Republicans. “People tell you to save all your money for the end—I’ve always thought that was a mistake, ” said Carter Wrenn, a longtime North Carolina GOP operative who helped elect former Sen. Jesse Helms (R., N.C.). “Getting in a strong position is more important than saving money for the end.”

But Democrats have worried about Ross’s low name recognition. She’s a former state representative and the party did not even put her on their radar. But polls and surveys have found that Burr suffers from a low job approval rating and even “has his own low name recognition problems, which is rare for an incumbent.” The Hill reported:

GOP strategist Carter Wrenn, who has run presidential and statewide campaigns, said that it looks like a Democratic wave is starting to shape up, and if that becomes the case, Republicans will need to turn out the crucial independent voter bloc.

He noted that while independent voters are currently more supportive of Clinton, Burr can try to convince those voters — who mainly reside in the suburban areas of Charlotte and Raleigh — to split their tickets and vote for him.

“I think how much Hillary wins by is the huge factor,” Wrenn said. “It’d be a big mistake to underestimate that problem right now if you’re Republican.”

Politico recently reported that Hillary and her campaign plan to raise $1 billion to help unseat the vulnerable Republicans:

The new concern inside the highest levels of Republican politics is that Hillary Clinton will raise $1 billion for Democrats and the party will train some of their efforts — and that money — on defeating House and Senate Republicans. Party leaders privately concede that the Senate could be lost either way. But senior House Republicans say they’re in good shape across the country, and see no evidence that the control of the chamber is in play.

The GOP will lose its majority if the Democrats gain five seats, or four if Hillary wins the presidency, in November.

Burr’s a worthless SOB, but he’s our SOB. sigh.

When you look up RINO in the dictionary, Burr’s face is there. I voted for his opponent in the primary, but Bannon lost badly.

“I voted for his opponent in the primary, but Bannon lost badly.”

As did I. I really, really hate the fact that I have to vote for the SOB in the general.

Me too, but I will vote for Burr in the general.

I will hold my nose and pull the lever for Richard ‘I played football at Wake Forest’ Burr.

Yup, I will also cast a “better than the alternative” vote for Burr

Deborah Ross is further to the Left than Hillary. I’m not sure she beats Burr on the issues. From a recent Left leaning article on candidate Ross, the local t.v. station pressed her:

“”Hillary will be an excellent president,” Ross, North Carolina’s Democratic candidate for U.S. Senate, said in a recent interview with WRAL News. “I trust her to do that job.”

But is Clinton honest and trustworthy?

“She is trustworthy as our commander-in-chief,” Ross said.

When pressed further, she flatly replied, “She is trustworthy.”

There are many excellent reasons why I don’t give to the NRSC.

The GOP doesn’t care about losing the majority. it’s not as if they have cared about what the public has wanted. They failed to stop any of the policies the dems wanted. So if the GOP wants to act like dems, then why not just become a dem.

We had Dick Cheney to break ties, but NOOOooooo, he had to give Tom Daschle equal power as the majority Leader.

And they want to blame Trump because some of them are in trouble with THEIR own constituents?

And that POS McCain was behind it all.

McCain said that senators “have to do business differently than we have in the past. Our leadership has to change dramatically in that we have to include the Democrats.

And then, we got the unconstitutional Campaign Finance Reform that Juan had drooled over for a decade.

So if the GOP wants to act like dems, then why not just become a dem.

Damn skippy. Might as well go with the professional…

Crying boehners are easy to push aside.